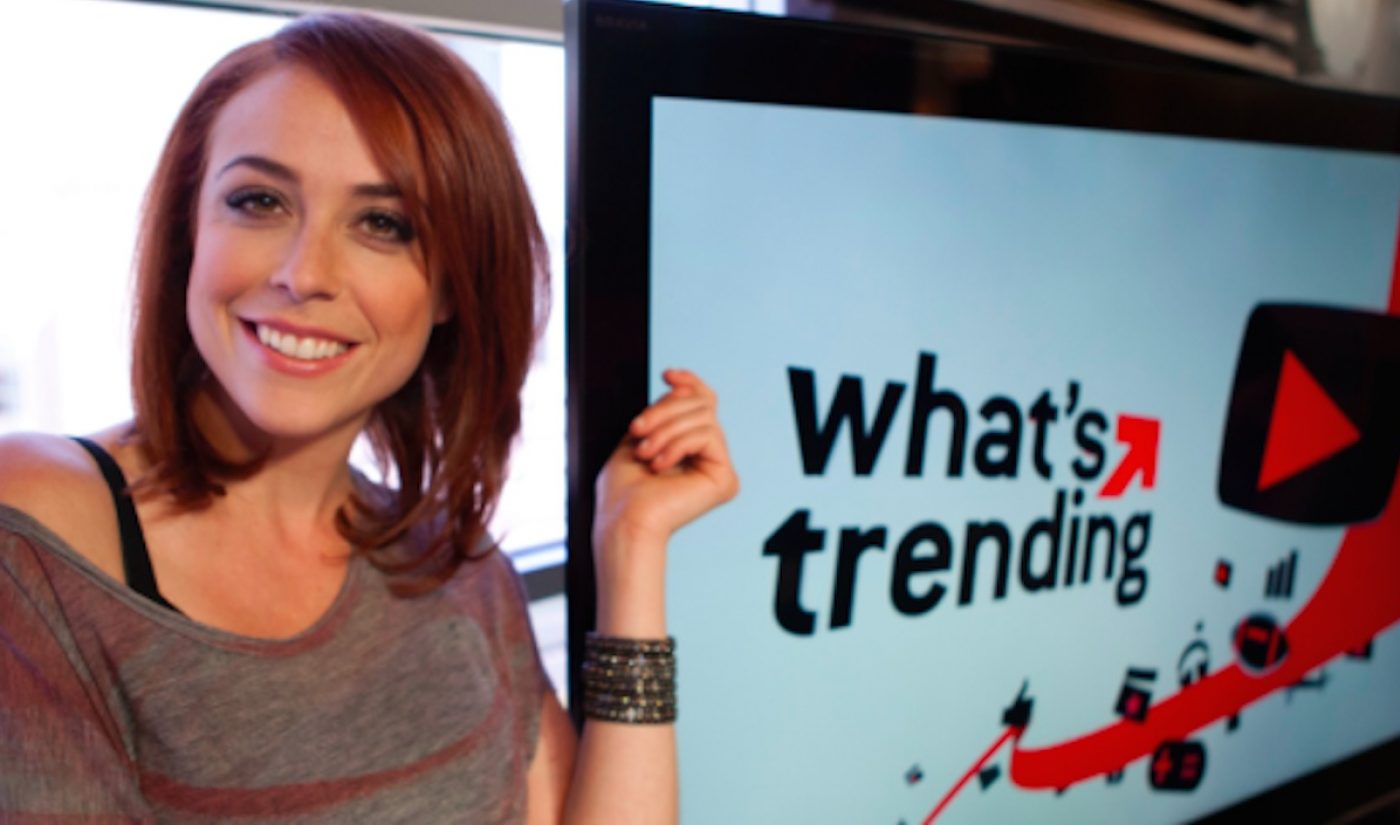 Shira Lazar’s What’s Trending has partnered with Sinclair Broadcasting Group‘s Circa, a news and entertainment outlet targeting millennials, to create an original series, Circa Pop Live with Shira Lazar.

Covering what Lazar and What’s Trending covers best (i.e. news and pop culture), the series will appear on Circa’s website and Facebook page this summer. Both Circa and What’s Trending are working together to develop the show, with the aim of upping Circa’s appeal to millennial audiences thanks to Lazar’s influence. Lazar will also contribute to the development of Circa’s pop culture channel.

“We believe that having Shira on board will increase our audience interest exponentially overnight and improve our millennial pop culture content instantaneously,” said Rob Dixter, Managing Editor at Circa, in the release.

In addition to helming the Emmy-Nominated What’s Trending with its over two million followers across social platforms, Lazar has hosted live-streams and red carpets of award shows like The Oscars and Grammys. She’s been named an influential woman in digital by Fast Company, Huffington Post, and Variety.

Circa Pop Live with Shira Lazar will include branded content, though no particular brand partnerships have been announced to date. Brands that decide to hop on board could reach Circa’s 2.6 billion Facebook users. Sinclair Broadcast Group may also help distribute the show’s content across its several hundred television stations across the United States.