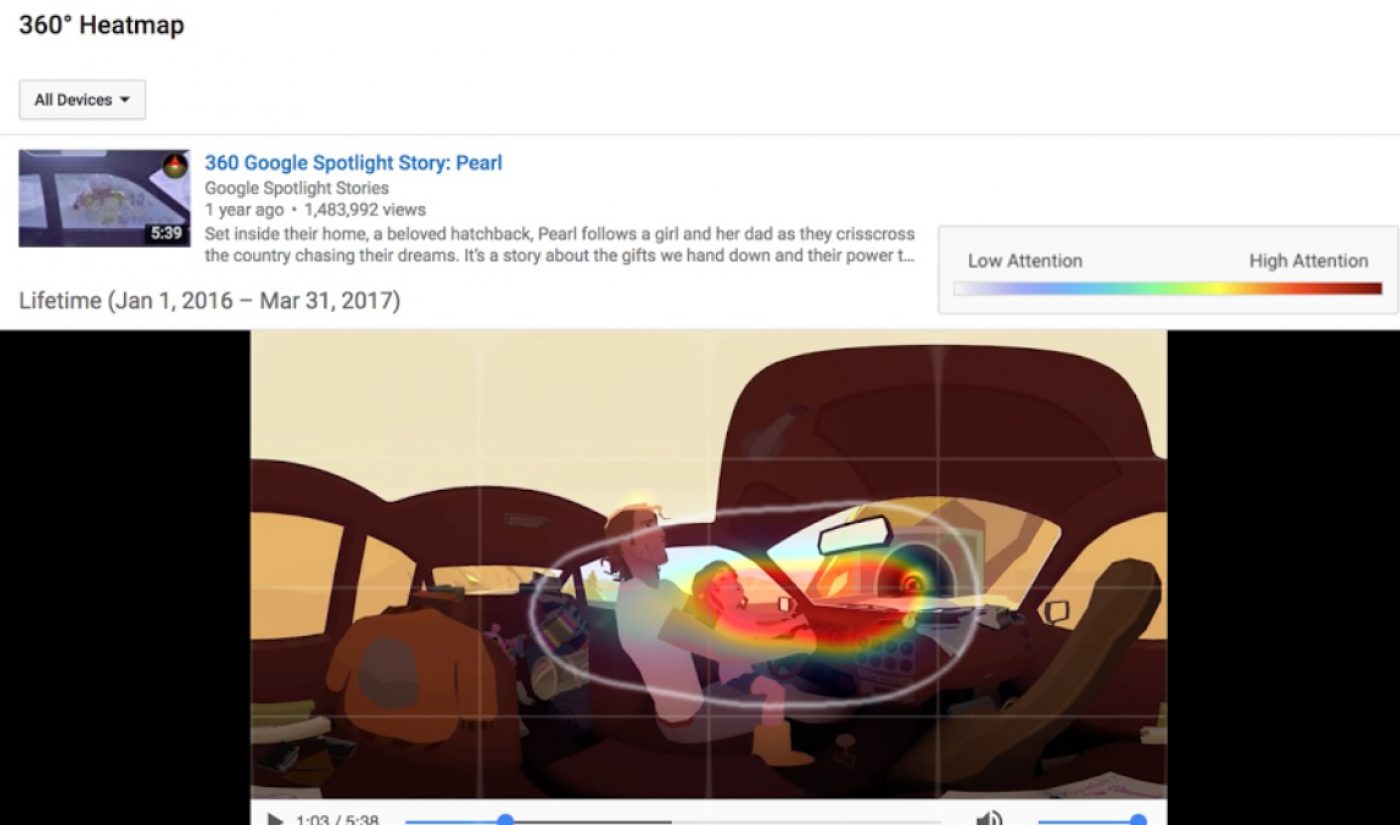 Virtual reality is still a relatively new medium, which means that creators who are utilizing the format still have plenty to learn. Luckily for them, a new YouTube tool will let its users better understand how their fans take in 360-degree content. The video site has launched heatmaps, which show the areas of a 360-degree video that receive the most attention from viewers.

YouTube’s heatmaps show the most eyeball-catching sections of a video in red, with other viewpoints of note drawing yellow, green, blue, or purple shades, depending on how much attention they grab. The example pictured above comes from the VR short film Pearl, which ultimately became the first 360-degree video to earn an Oscar nomination.

The potential conclusions that can be drawn through heatmap data are plentiful, and YouTube highlighted a few notable findings in a blog post. The video site noted that 75% of VR viewership occurs within the front 90 degrees of a video, and viewers generally don’t tend to shift from that default position during the first few seconds after they start watching in 360 degrees. The best VR videos, YouTube said, do figure out a way to get viewers to move their vision throughout the circular space provided by the format. “Try using markers and animations to draw attention to different parts of the scene,” reads YouTube’s post.

If you’re interested in receiving more VR videomaking tips beyond what these heatmaps offer, you can apply to join a VR Creator Lab that will begin at YouTube Space LA in August. The application window for that gathering will close on June 21.