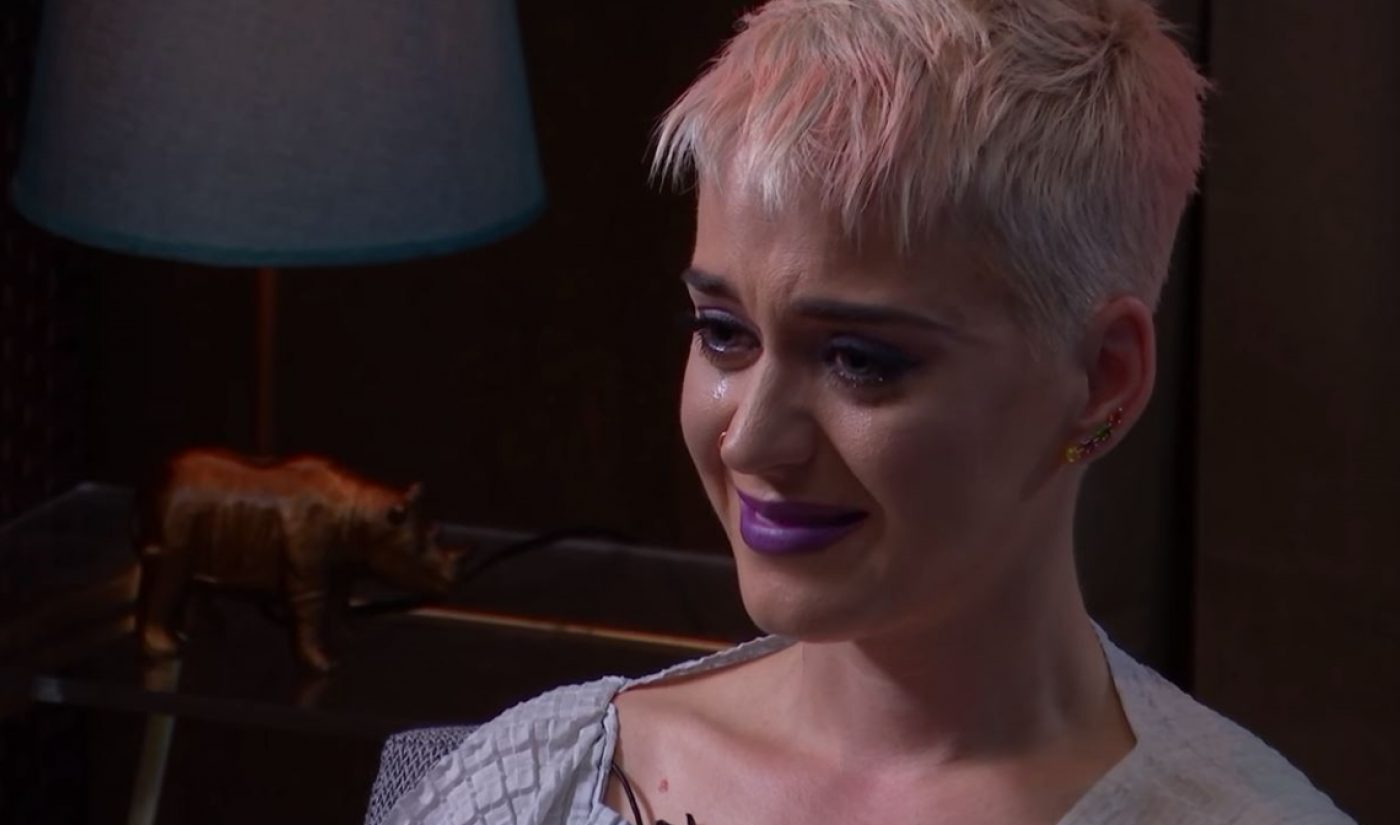 In something of an unprecedented move for a celebrity of her caliber, Katy Perry took YouTube by storm last weekend when she announced that she’d be streaming live from a Big Brother-style house for four nonstop days in celebration of her new album, Witness.

By YouTube’s account, the experiment — called Witness World Wide, and featuring guest appearances from James Corden (below), Liza Koshy, Gordon Ramsey, and Gigi Gorgeous — looks to have been an enormous success. All told, the four-day stream clocked a total of roughly 49 million views from fans from 190 different countries, according to Billboard.

“We are absolutely thrilled with the success of this unique and surprising event and are honored to have supported Katy’s ambitious, creative vision,” Susanne Daniels, YouTube’s global head of original content, told Billboard in a statement. “It was truly remarkable to watch Katy share herself with the world and we admire her openness, honesty, and engagement with fans on YouTube throughout the entire 96-hour live stream.”

In addition to the aforementioned guest appearances, the broadcast featured several viral moments, including a tearful therapy session with Dr. Siri Singh, host of Viceland’s The Therapist; a discussion about cultural appropriation with Black Lives Matter activist DeRay McKesson; and an interview with Arianna Huffington about the status of Perry’s relationship with rival Taylor Swift. (In the wake of the stream’s conclusion, the house in which Perry was sequestered has since become a retail pop-up shop).

YouTube isn’t the only social platform where Perry — whose Bon Appétit clip broke the record for the most-ever video views in 24 hours — is drumming up massive buzz. She just became the first person on Twitter to surpass 100 million followers.