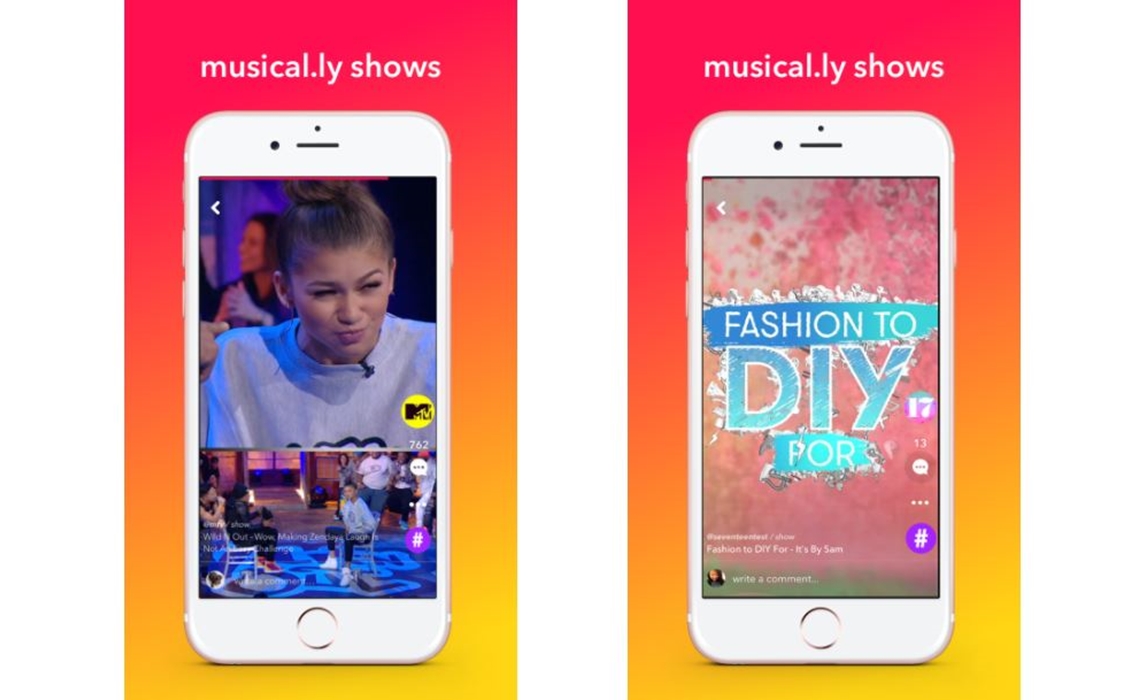 Lip-synching app Musical.ly has officially thrown its hat into the original content ring. The platform, which counts 40 million monthly active users and has launched the careers of creators like Jacob Sartorious and ‘Baby’ Ariel Martin, has pacted with Hearst Magazines Digital Media (HMDM), NBCUniversal, and Viacom to launch studio-quality, short-form shows. Programming will also invite Musical.ly users — or ‘Musers’, as the company calls them — to create their own reaction clips using specially designated hashtags and prompts.

HMDM will premiere two shows today under its Seventeen brand — one that teaches users how to create runway fashion looks at home, and another that highlights hidden gems in New York City. A third series, rolling out in coming weeks, will provide beauty tips and tricks. NBCUniversal, meanwhile, under its E! umbrella, will launch celebrity crush series Crush featuring several top musers. Finally, Viacom’s MTV will launch a new take on Nick Cannon’s Wild ‘N Out, and an animated comedy called Greatest Party Story Ever that will also feature appearances from Musical.ly stars.

No money is exchanging hands as part of the partnerships, Variety reports, and the content will initially bear no ads. The two-to-four minute episodes will live within the Musical.ly’s ‘trending’ section for 24 hours apiece.

“The addition of premium content on the app makes Musical.ly a one-stop-shop for creating what we believe will be some of the world’s most entertaining short videos,” said Alex Hofmann, Musical.ly’s president, North America. “This launch slate is just the beginning of the diverse content that will be available.”

Reports that three-year-old Musical.ly was set to foray into original content first surfaced last month. Musical.ly also announced a partnership with MTV in April whereby it will utilize the popular app to cast a revival of My Super Sweet 16, a TV series that chronicles the over-the-top birthday parties of American teens.