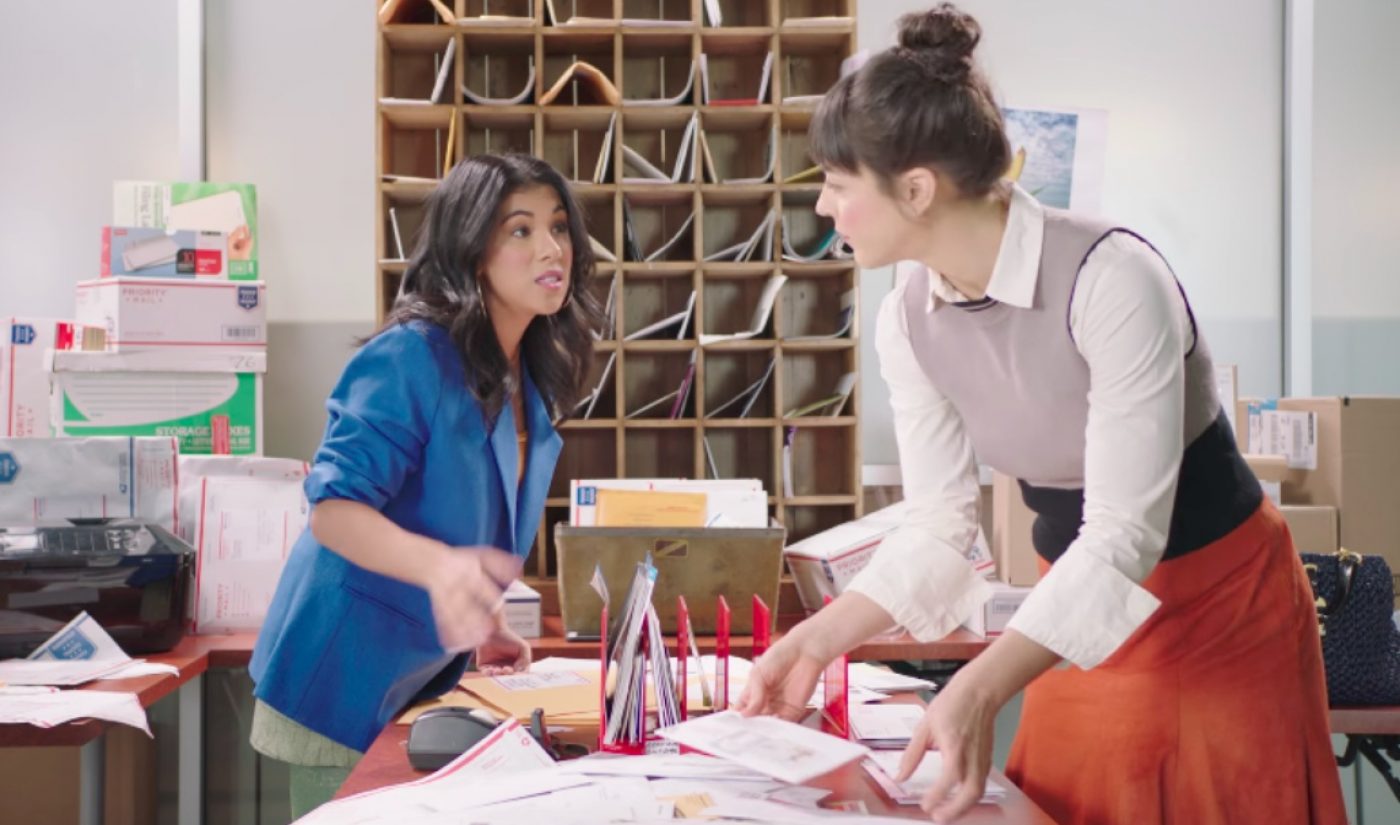 Since its launch last year, WhoHaHa — the girl-power online video hub founded by actress Elizabeth Banks — has drawn our attention with some witty female-fronted projects. Up next in the channel’s pipeline is a partnership with a major media company. WhoHaha has teamed up with Hearst Digital Media‘s Cosmopolitan for a sponsored web series titled Temp(orary).

Temp(orary) stars its two leading ladies, Chrissie Fit and Cyrina Fiallo, as Sam and Lexie, two friends who take a number of temp jobs to make ends meet. Banks herself provides a voice cameo in the first episode, which sees Sam and Lexie working in a mailroom.

The Sparkling Ice beverage line serves as the show’s sponsor, making Temp(orary) WhoHaha’s second show to feature a brand partner and Cosmo’s first. “Our mission at WhoHaha is to create opportunities for funny female voices, and we’re thrilled to have partnered with both Hearst and Sparkling Ice to bring these great characters to life,” said WhoHaha Co-Founder and CEO Luigi Picarazzi in a press release.

Temp(orary)‘s initial run consists of four episodes. You can find them via Cosmopolitan’s YouTube channel.