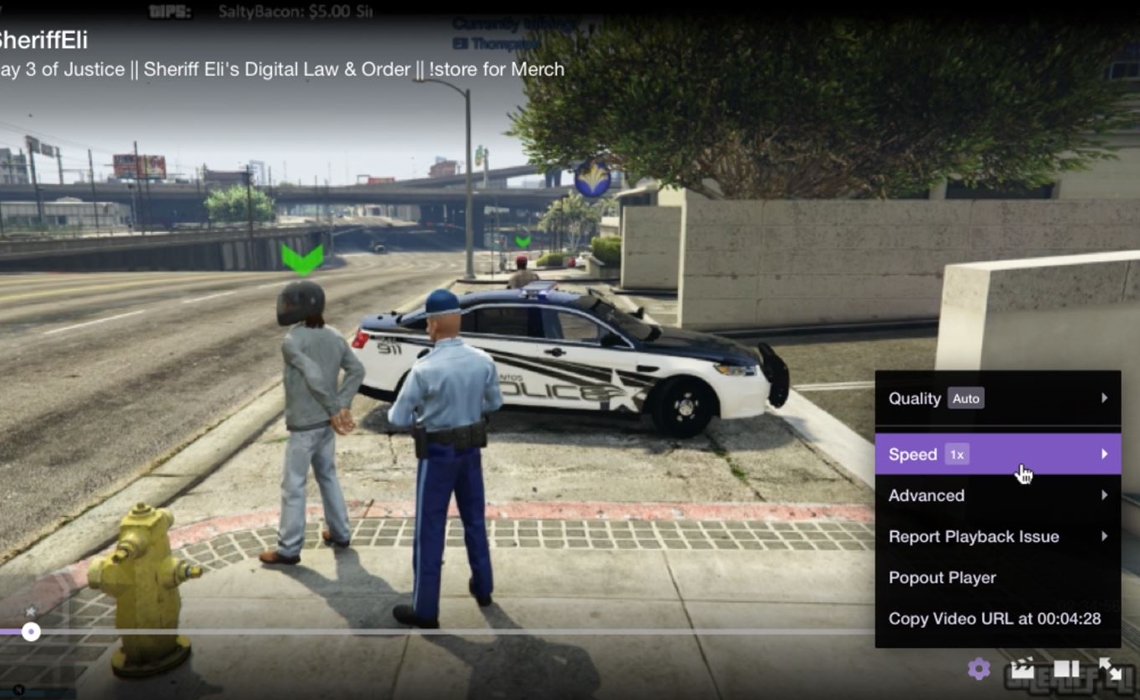 In the same way that gob-stopping moments in sports are replayed on TV in slow motion, streaming platform Twitch is now bringing that experience to the Esports realm.

The platform announced earlier this week the addition of playback speed controls to its video player settings — a feature that has long been available on competing platforms like YouTube. Available for new uploads and past broadcasts, viewers can now watch videos in double time to quickly catch up on missed streams, or slow down to 0.25 speed in order to glimpse every moment of a notable play.

Twitch has also revamped other labels within its video settings tab, it said in a blog post, in order to make the most frequently used settings — such as video resolution and framerate — easier to access. Adding new playback speeds illustrates Twitch’s increasing emphasis on pre-recorded videos in addition to the live streams for which it is perhaps best known.

In other Twitch news, the company said yesterday that its Mister Rogers’ Neighborhood streaming marathon — which consists of all 886 episodes, lasting 18 days — has clocked more than 4.4 million views and raised more than $19,000 for PBS. The Mister Rogers stream is Twitch’s first-ever fundraising marathon.