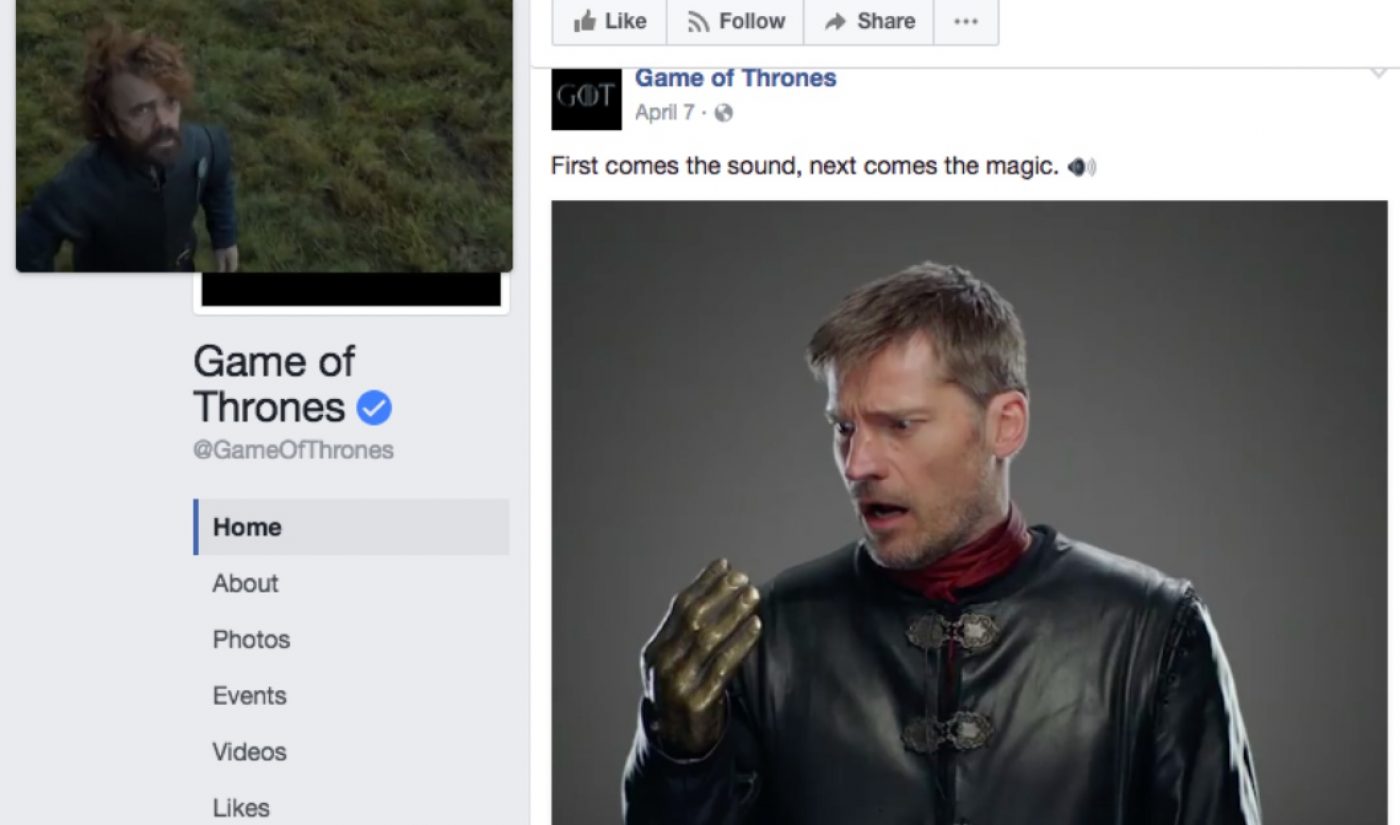 A new Facebook change could help the social platform as it continues to build its video operation. Its “watch and scroll” feature, which pins active videos as a viewer scrolls through the rest of his or her news feed, is now available for desktop users after rolling out on mobile earlier this year.

Facebook won’t pin a video unless the viewer interacts with it in some way, whether by turning the sound on or by clicking an icon that reads “continue watching while you use Facebook.” Toggling on that option moves the video to the corner of the screen and opens up the rest of the page for additional scrolling. Additional videos will continue to autoplay without sound, and if the user turns up the volume on one of them, the pinned video will be paused. I was able to use this feature to watch multiple pieces of Lannister-related media at once, as pictured above.

The mobile version of watch and scroll has been around for three months now. It is briefly demonstrated in a video released by Facebook back in February.

Adweek notes that watch and scroll will help Facebook create more ad inventory as it looks to jam more of its new “mid-rolls” into the content it distributes, and letting two videos play at once will certainly increase the number of ads the social platform is able to show at once. At the same time, its possible Facebook wants to foster more watch time among its users, especially since it has been maligned by its rivals for the weak quality of its views. YouTube, for example, said last October that its viewers like “to watch, not scroll.” “Well,” Facebook seems to be saying in response, “why not both?”