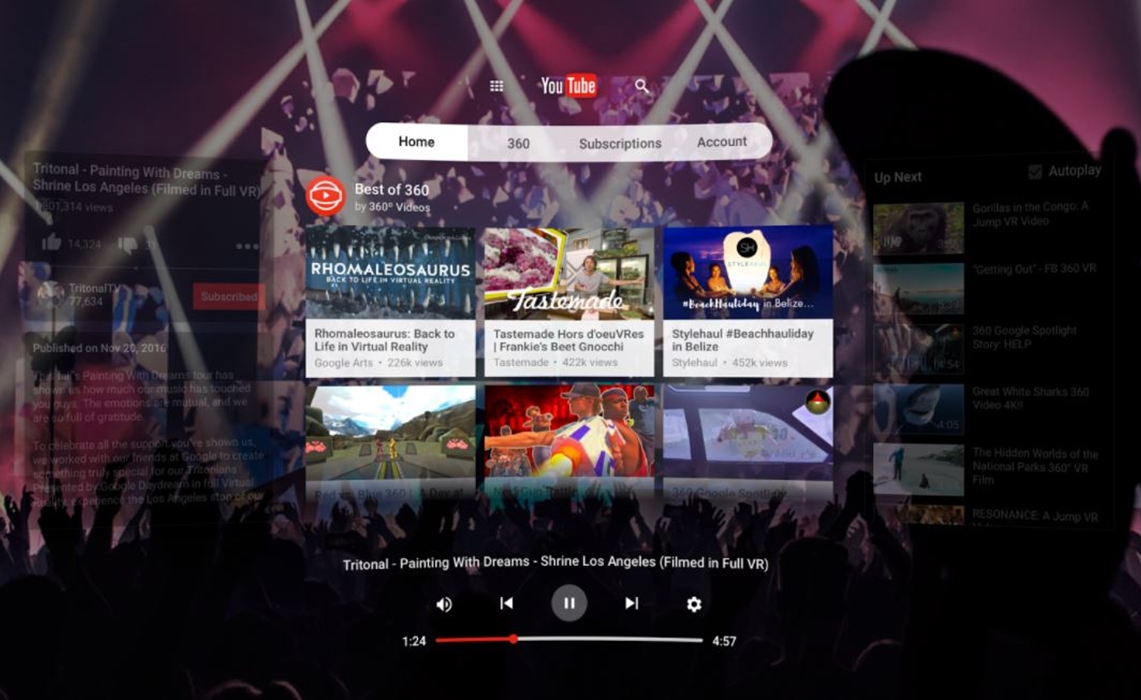 Given that typing comments while saddled to a VR headset is a no-go, Engadget reports, the platform will instead enable limited groups of people to watch and chat about videos in real-time. In a slightly creepy-sounding turn, users will soon be able to appear as customizable avatars in shared rooms where they can talk about videos using their voices. The update will roll out later this year on Daydream 2.0, Google’s VR platform — the latest version of which has been dubbed Euphrates.

The update strives to make the VR experience more communal, explained YouTube VR product lead Erin Teague onstage at I/O. Eventually, the VR app could enable viewers to chat with their favorite video creators as well. Teague added that it will be easy to find videos that friends are watching in order to quickly hop into the same virtual room.

Similar features are offered on competing platforms, per Mashable, including via Oculus Rooms and Facebook Spaces.

The co-watching update isn’t the only YouTube news to come out of Google I/O thus far. An update to Super Chats announced yesterday will enable users to make donations that trigger certain actions within the real world, including turning off lights, flying drones, and pressing buttons on toys.