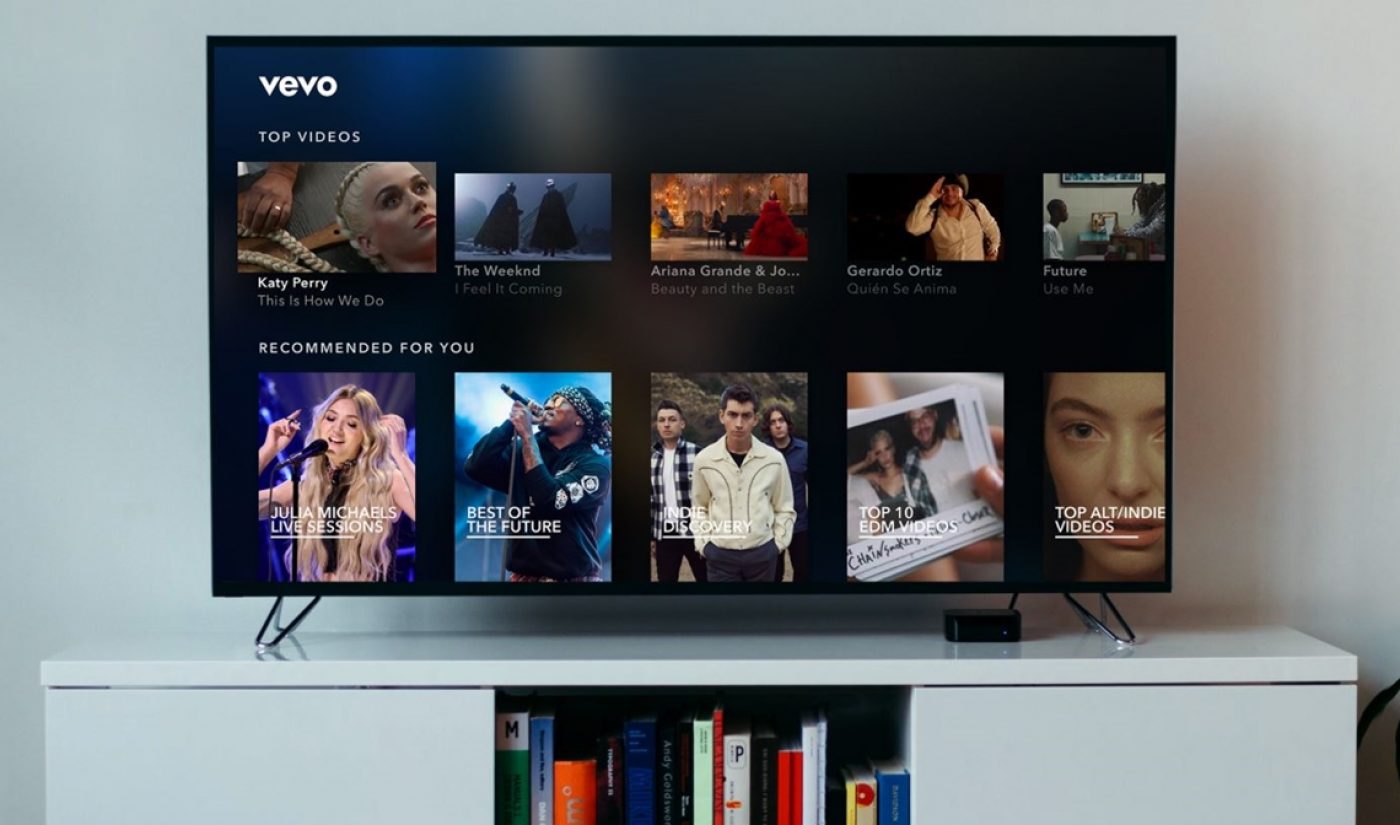 After revamping its mobile app and unveiling a co-viewing feature for desktops called Watch Party in March, Vevo has now set its sights on the ever-important living room screen with an overhauled Apple TV app.

Vevo first launched on tvOS last February, and this represents its first major overhaul since then. Huggers said that the app was designed in less than eight weeks, and additional features could arrive in the future, including Watch Party — by which friends can gather to chat and co-create playlists — and even live video components.

The average viewing session on Vevo’s smart TV app is a whopping 80 minutes, Huggers added — during which a single ad is typically served every 10 minutes. Across all platforms, Vevo says it clocks 23 billion views per month.

At the same time that it previewed the new Apple TV app — which will subsequently roll out to other platforms including Amazon Fire TV, Samsung Smart TV, Roku, PlayStation, and Xbox — Vevo announced a slew of additions to its original programming team, reporting to VP of original content Joseph Patel. In coming weeks, Vevo said it will unveil a fresh slate featuring documentaries, scripted shorts, festival coverage, and more.