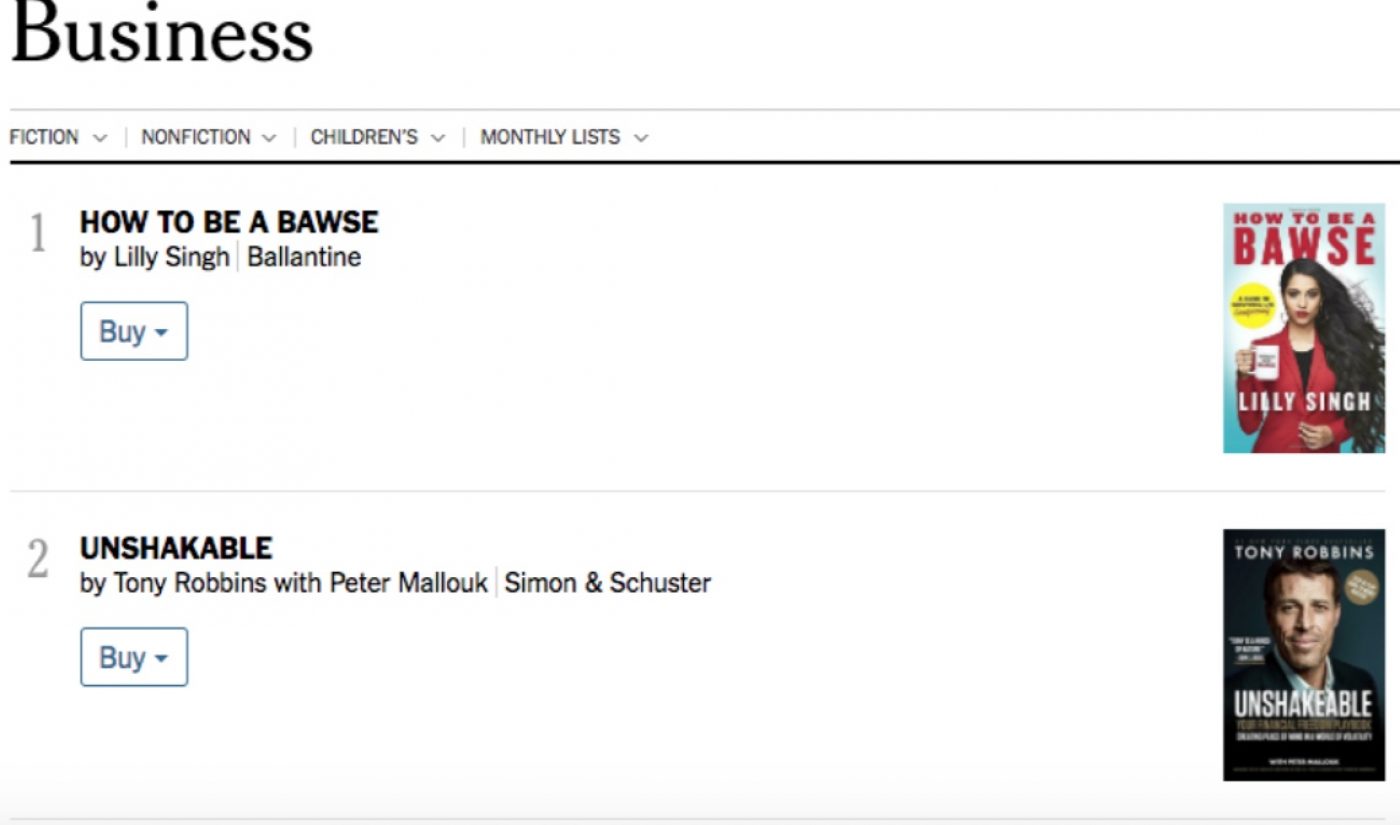 Back in March, YouTube star Lilly Singh released her first book, in which she instructed readers How To Be A Bawse. A little more than a month later, that title has left a big impression on the New York Times’ best-seller list. The Grey Lady’s rundown of the top “Business” books of May 2017 has Singh’s entry in the number #1 slot, ahead of offerings from the likes of Tony Robbins and Tim Ferriss.

In How To Be A Bawse, announced last year and released on March 28th, 2017, Singh imparts onto her readers the wisdom that has helped her become a major digital-native celebrity and applies it to topics like relationships and career choices. Since the book’s arrival, it has become a big hit on Amazon. As of this post, it is one of the retailer’s top 1000 titles and has been showered with unanimous five-star reviews by its readers.

Singh, who is a part of the Studio71 Creator Network, is not the only YouTube star to rocket up the New York Times charts. Other literary works authored by influencers to reach similar heights have included Felix “PewDiePie” Kjellberg’s This Book Loves You, Grace Helbig’s Grace’s Guide, and Shane Dawson’s It Gets Worse.

While Singh took some space on Twitter to note love she has received from the New York Times, she does not have much time to dwell on her accomplishment. She is in the tail stages of a whirlwind book tour that has spanned the entire globe since the release of How To Be A Bawse.