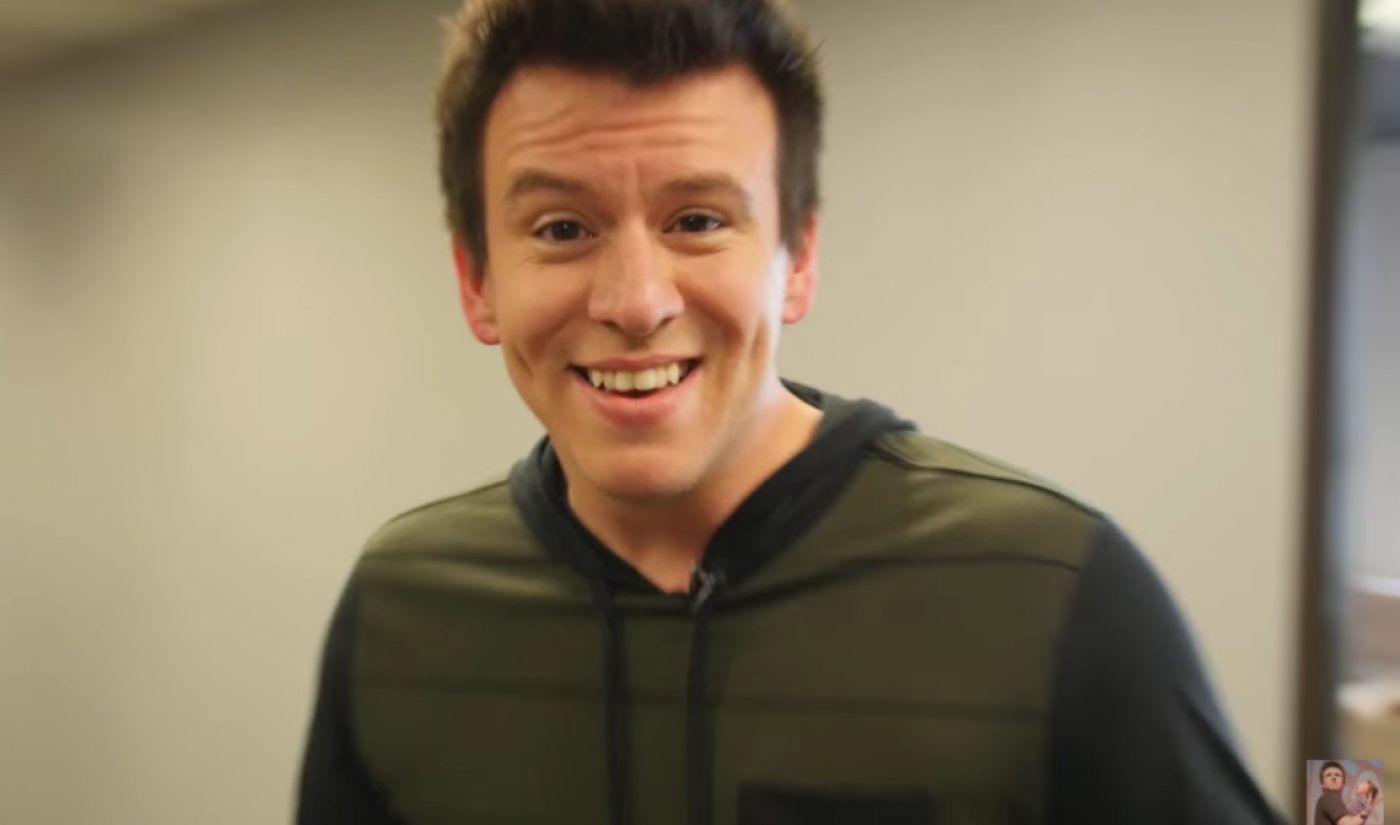 Last week, Philip DeFranco announced his decision to part ways with his long-time partners at Discovery-backed Group Nine Media. As an independent creator, DeFranco’s first order of business was to announce the launch of a news network, which he said would “start a conversation about this crazy world we live in.”

Now, more details about that venture are taking shape. More than 14,000 of DeFranco’s fans have offered to support his network via a Patreon campaign he has titled DeFranco Elite. Meanwhile, on his vlog channel, the news-oriented online video star offered a tour of the office space he will use to produce the content for his network.

DeFranco has turned off the Patreon setting that shows how much money his patrons have contributed to his cause, but he seems pleased with the support he has received. On May 1st, the day he announced his big project, more than 7,000 of his fans immediately decided to back him. He expressed his gratitude for those supporters — who have since approximately doubled in number — with a tweet.

Wow.
Over 7k people joined https://t.co/2fr9XvVu2c so far.
Video is #1 trending on Youtube.
Video is #3 on Reddit.
WHAT?! Y’all are amazing! pic.twitter.com/oQwRrHTqe6

Obviously, DeFranco’s news network is still in its earliest stages, but the YouTube star seems eager to move its development along while keeping his fans in the loop. For his Patreon supporters, he will also conduct monthly, exclusive live streams, which he will share through the crowdfunding platform’s app.