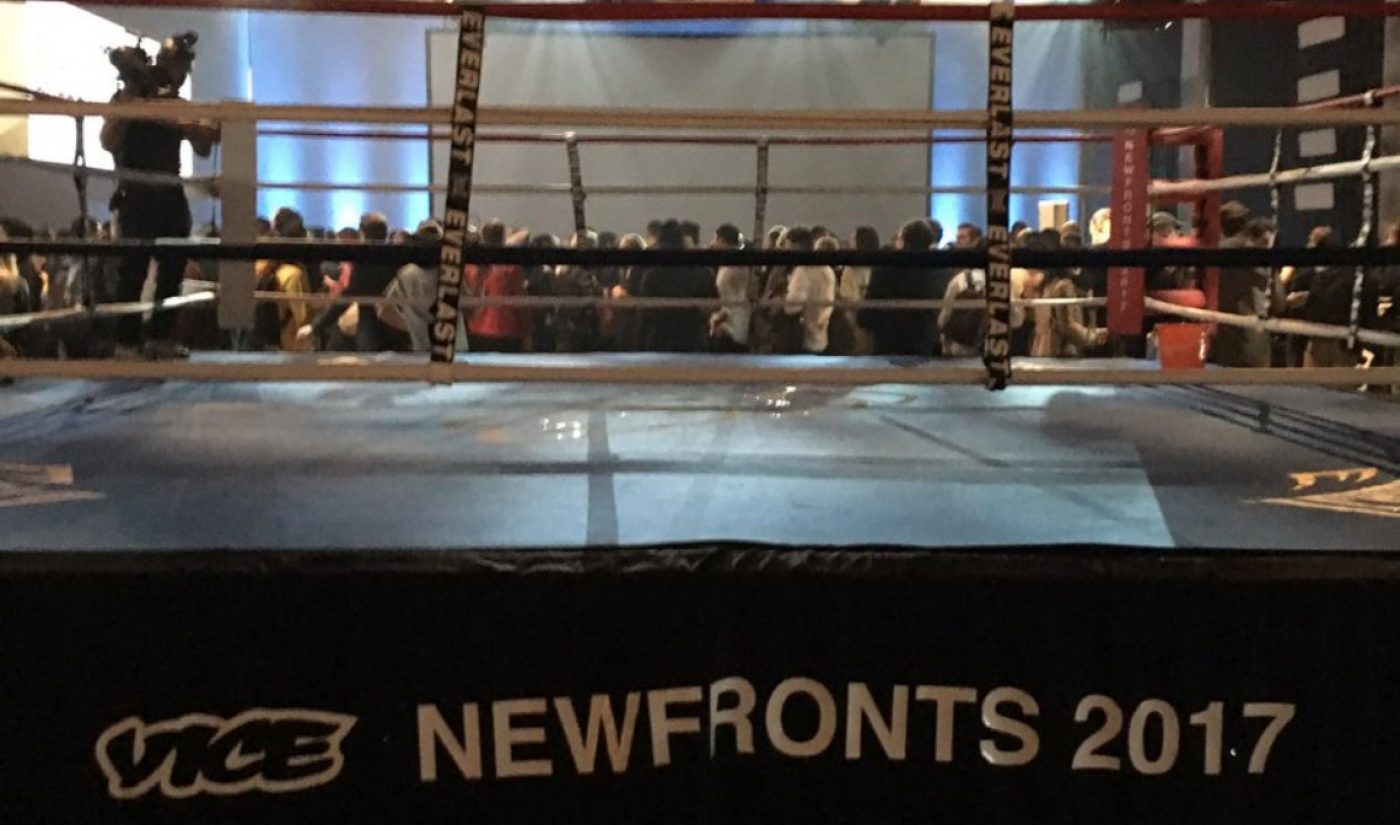 Vice, which can be found online, in print, and on TV, has shown itself to be eager to explore new platforms. Twitch, no longer just a platform for League of Legends gameplay, is hungry to broaden the scope of its non-gaming content. If you think that sounds like a match made in heaven, Vice agrees with you. At its 2017 NewFronts presentation it announced that it would bring several of its brands to Twitch after seeing success with a 72-hour gaming stream it launched last October.

The initial partnership between Vice and Twitch coincided with the launch of Waypoint, Vice’s foray into the world of gaming. Now, according to a sizzle reel at the NewFronts event, an expanded partnership will “[program] the entire Vice universe on Twitch.” Channels that are expected to show up on the popular streaming platform include Noisey, Motherboard, and Vice News.

Beyond that bit of news, Vice also used its NewFronts slot to discuss a few upcoming shows for both its digital hubs and its Viceland TV channel, the latter of which passed its first birthday earlier this year. Among other programs, Vice viewers can expect a docuseries on Vice Sports that will look at promising 16-year-old athletes as well as a nationwide art showcase called 50 States Of Art.

Vice, as per usual, offered up a NewFronts pitch like no other. Unlike last year, company founder Shane Smith did not take the stage with a punk band, but exec Niall Cooney did enter a boxing ring to take part in an officially-sanctioned boxing match against Eddie Huang, the host of Viceland’s Huang’s World. It was a wild departure from the rest of the week, but then again, I’d expect nothing less from Vice.