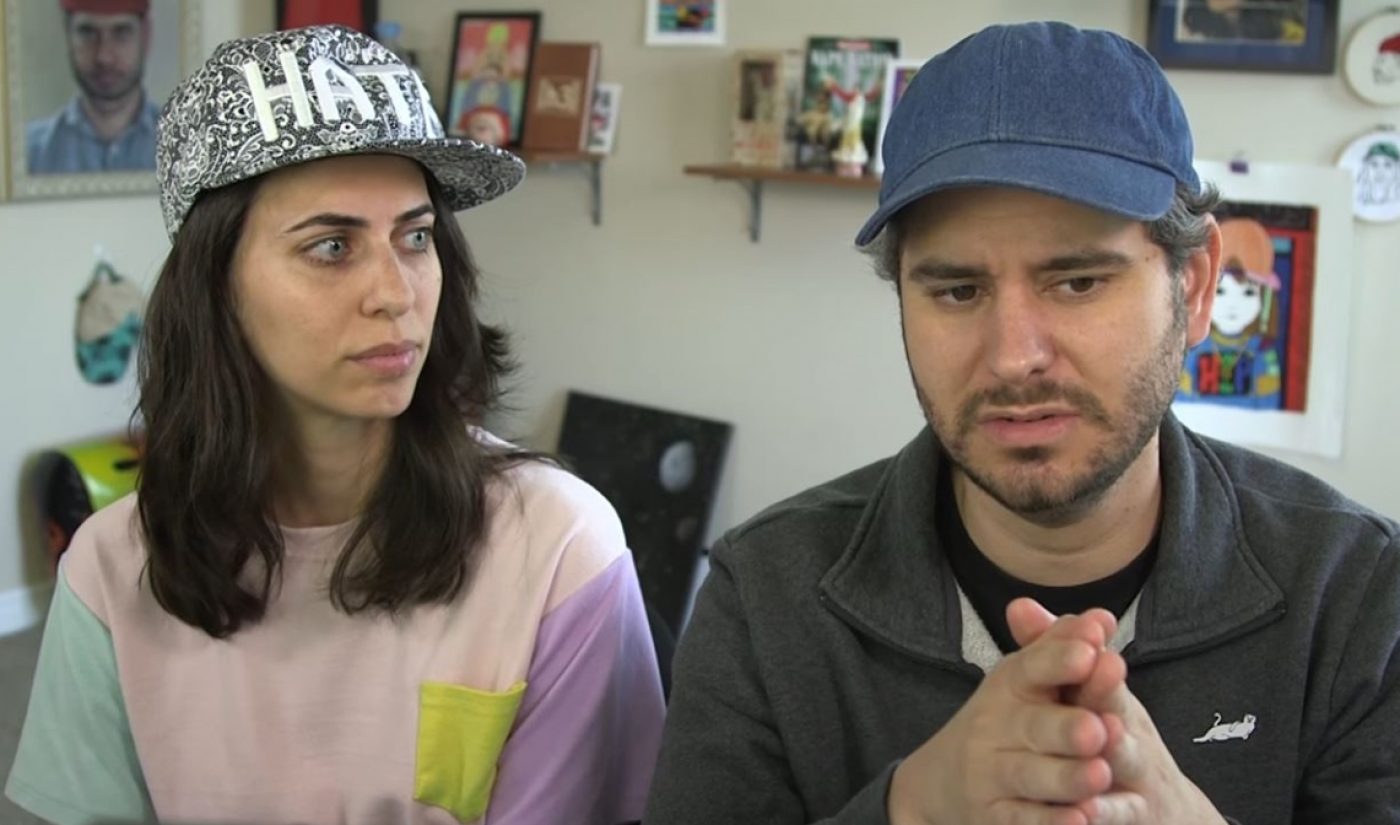 Big changes are afoot for h3h3productions, one of YouTube‘s most popular comedy and commentary channels. Amid the YouTube ad boycott, husband and wife creator duo Ethan and Hila Klein say that their channel is hemorrhaging revenues and, therefore, that they must shift focus in order to pursue other opportunities.

In an explanation video posted yesterday evening, the Kleins say that only one of their last eight videos has been normally monetized — for reasons they feel are unjustified. For instance, ads were removed from videos because of: a fake peeing scene, the use of the word ‘Christian’ in the title of a video, and the inclusion of fake blood in a clip, Mr. Klein says. As a result, post-boycott ad revenues are roughly 15% of what they were raking in before major brands discovered in March that their ads were running against extremist content encouraging hate-speech and terrorism. This set the boycott into motion, and subsequently caused YouTube to implement new safeguards in order to ensure brand safety.

“The problem is that you get no info [from YouTube],” Ms. Klein says. “There’s no report like, ‘This video that you made got demonetized because you did this, this, or this’.” Instead, brands can now choose specific categories of videos against which they don’t want their ads to appear — such as ‘controversial’, ‘violent’, or ‘sexual’. Mr. Klein says that, as a result, satire channels like theirs are feeling the burn.

“I can’t help but feel like YouTube is capitalizing on this moment to clean house,” Mr. Klein says, “and just get rid of the channels that they never wanted to begin with.”

As a result, the Kleins intend to reduce output on their main channel from three uploads per week to one — though they will increase output on their vlog channel, which is still being monetized normally, Mr. Klein says. They are also moving their podcast, in which they interview fellow creators, from YouTube to Twitch — though podcast videos will be posted to YouTube a day after each stream concludes on a new channel called H3 Podcast.

And h3h3productions isn’t the only channel venturing to Twitch in the wake of the YouTube ad boycott. The site’s most subscribed star, Felix ‘PewDiePie’ Kjellberg, announced a weekly Twitch stream earlier this month, with his inaugural broadcast garnering a rather respectable 62,000 viewers.