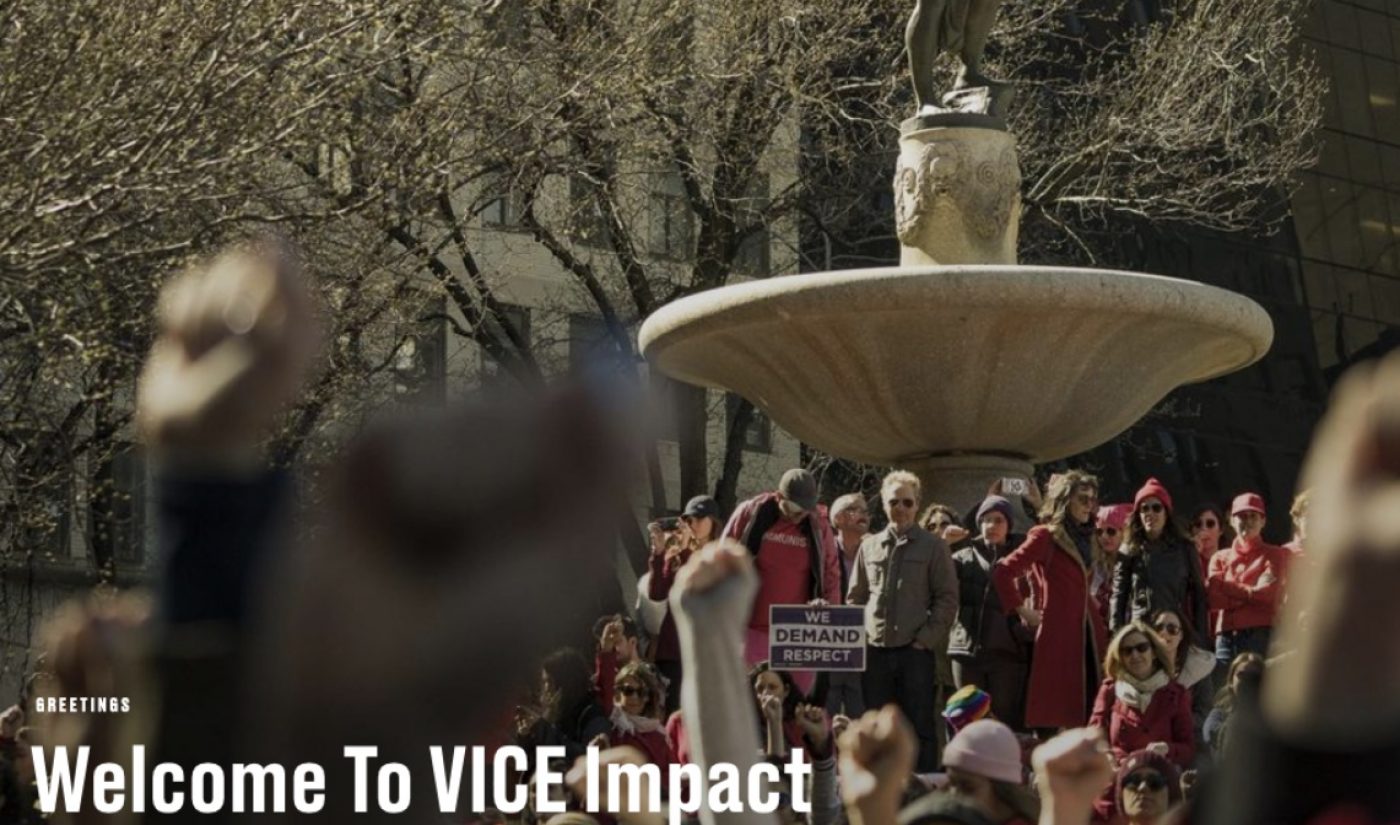 Vice has built an entire media brand around the concept of reporting stories that otherwise wouldn’t receive much coverage, if any. Now, with its latest initiative, Vice is giving its audience more context for the coverage it provides in hopes of inspiring those readers and viewers toward action. The media company’s newest vertical, as shared by The Hollywood Reporter, is Vice Impact, which presents articles and videos related to important issues.

Impact, which has been talked about publicly since at least last September, is Vice’s attempt to link the important social and political topics it discusses to link them to advocacy groups, protests, and other methods for walking the walk. “Our audience often says, ‘Well great, you’ve shown me the issues here, but what can I do about it?’” said Vice co-founder Suroosh Alvi in a video introducing Impact. “That question doesn’t have easy answers. We were having a hard time giving actionable, solutions-oriented responses. That’s why we’re launching Vice Impact.”

As you might expect, many of issues Impact is taking up are related to the Trump administration and the counter-movement against it. Early articles have included calls to action, information about upcoming protests, and interviews with prominent activists. The Hollywood Reporter notes that Impact will also link up with other Vice verticals, including the company’s Viceland TV channel. It will also host sponsored content, though Vice has said that Impact is being run as a not-for-profit enterprise.

Other Vice verticals launched over the past few months include hubs dedicated to gaming, health, and money.