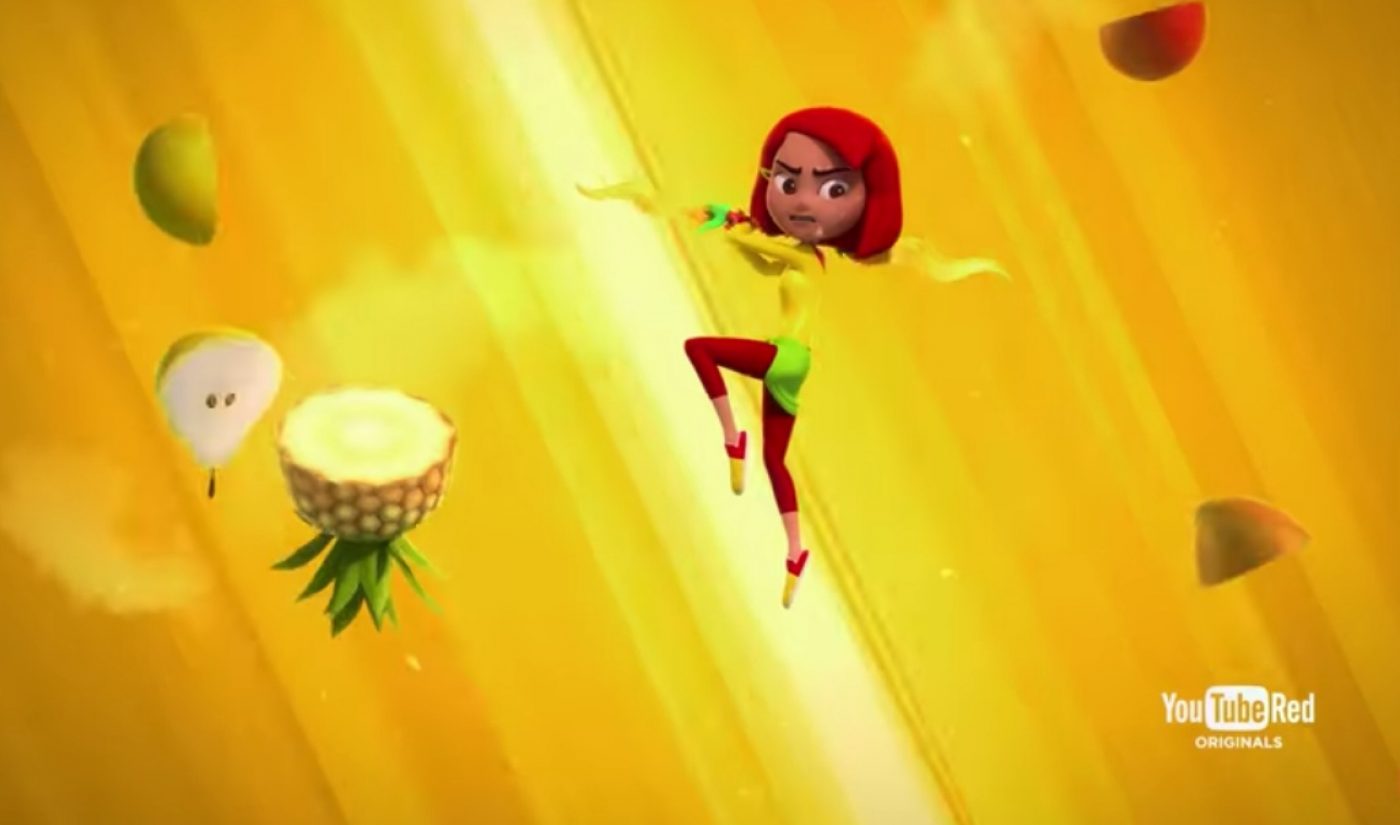 The third YouTube Kids original series to premiere on the YouTube Red platform now has its release date lined up. May 5th will be the day families will first get a chance to watch Fruit Ninja: Frenzy Force, an animated series based off the popular mobile game of the same name.

The titular Frenzy Force will be a foursome of warriors who all use their fruit-based powers to take down a cadre of villains (one would think these heroes would be able to squeeze lots of juice out of Juicero bags.) The show is animated in a colorful 3D fashion, which creates the perfect canvas for what we can only imagine will be a lot of fruit puns.

Frenzy Force is produced by Halfbrick Studios, the studio that developed Fruit Ninja and has counted more than a billion downloads of it since 2010. Halfbrick, based in Australia, has a relationship with YouTube that dates back to at least 2015, and it is now using that connection to join the first wave of YouTube Kids originals on Red. Other shows within that slate include Dan Middleton’s DanTDM Creates A Big Scene and TheAtlanticCraft’s Kings Of Atlantis.

The Fruit Ninja brand has spawned several deals with entertainment companies. A film based off the game reportedly went into development in 2016.

A Fruit Ninja web series may seem like an odd idea, but if an Angry Birds movie can gross $350 million at the box office, there’s clearly a market for this, too. Frenzy Force’s first season will consist of 13 episodes.