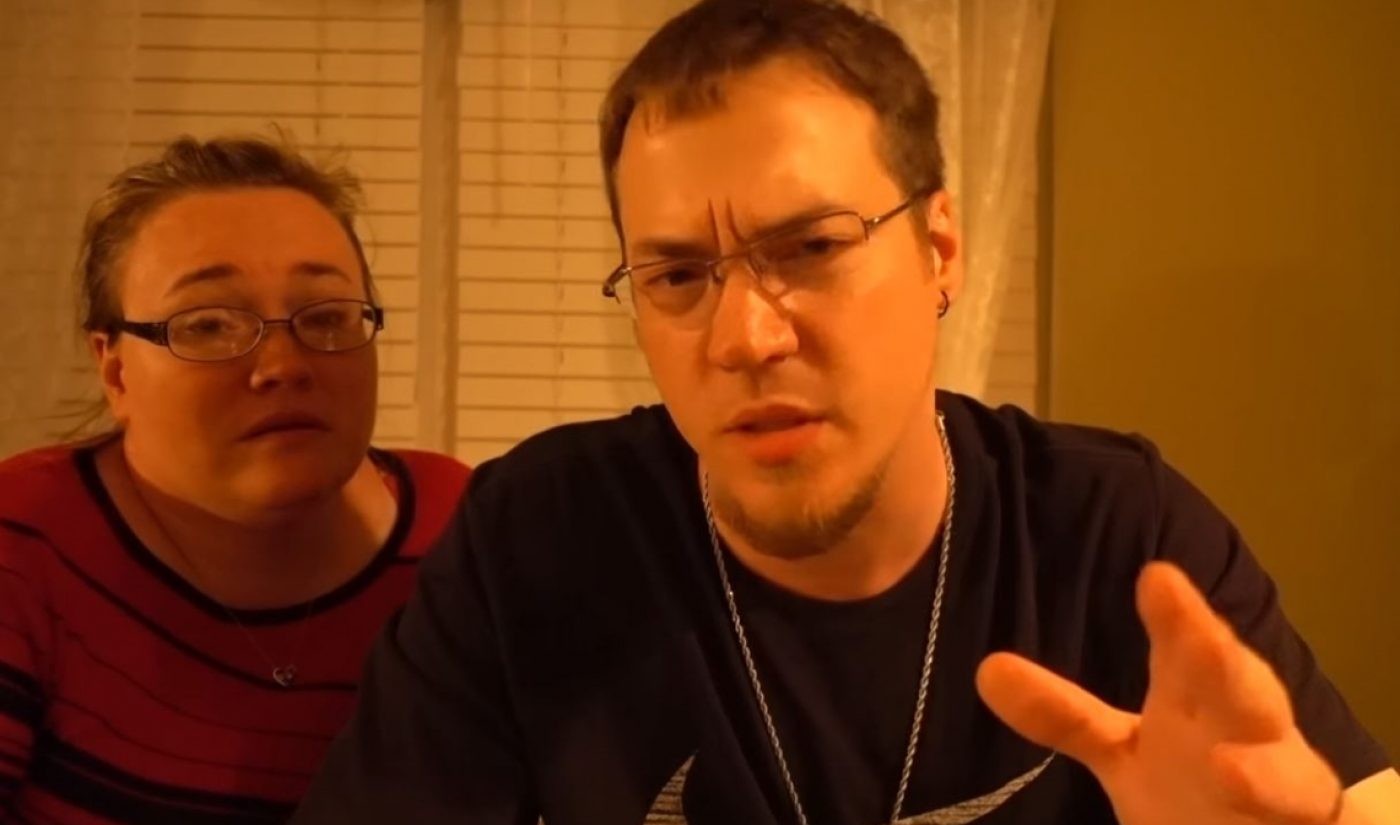 DaddyOFive, a family vlog channel featuring stunning scenes that many viewers considered child abuse, has privated all of the videos on its channel, which now counts roughly 800,000 subscribers. At the same time, creators and parents Mike and Heather Martin — who can be seen screaming at, pushing, and punching their children in several clips — are now alleging that all of the prank videos on their channel were faked.

“The videos are fake,” Mr. Martin says in the only remaining clip on DaddyOFive (the rest, however, have reportedly been archived) titled Family Destroyed Over False Aquisations [sic]. “They’re over exaggerated, some videos are scripted, some videos are just played out. They’re the kids’ ideas — we act them out.” Mr. Martin adds that while such a confession could ruin his channel, “I’d rather lose my YouTube channel and all my revenue than lose my children.”

It is unclear what he means here — though the family claims to have received death threats in light of their controversial vlogs, and thousands of people across the Internet are calling for Child Protective Services (CPS) to investigate the Martins. The Martins say they were already investigated by CPS one time before, with no charges filed. Nevertheless, Mr. Martin vows to continue making videos — “if we’re able,” he adds, somewhat mysteriously — but this time without any fighting or pranks conducted on their young kids.

Embedding for the Martins’ apology video has been disabled, but you can check it out right here.

At the same time that they issued an apology, however, the Martins pointedly blamed YouTube news commentator Philip DeFranco — who helped bring the issue to light through several videos on his own channel — for their spate of bad press and online outrage.

“I’m as responsible as a security camera in a gas station filming a robbery,” DeFranco says in response to these claims. “You are the ones who filmed and put out your children being verbally berated, being scared, being visibly distressed, and asking you to leave them alone.” Check out DeFranco’s retort in full below: