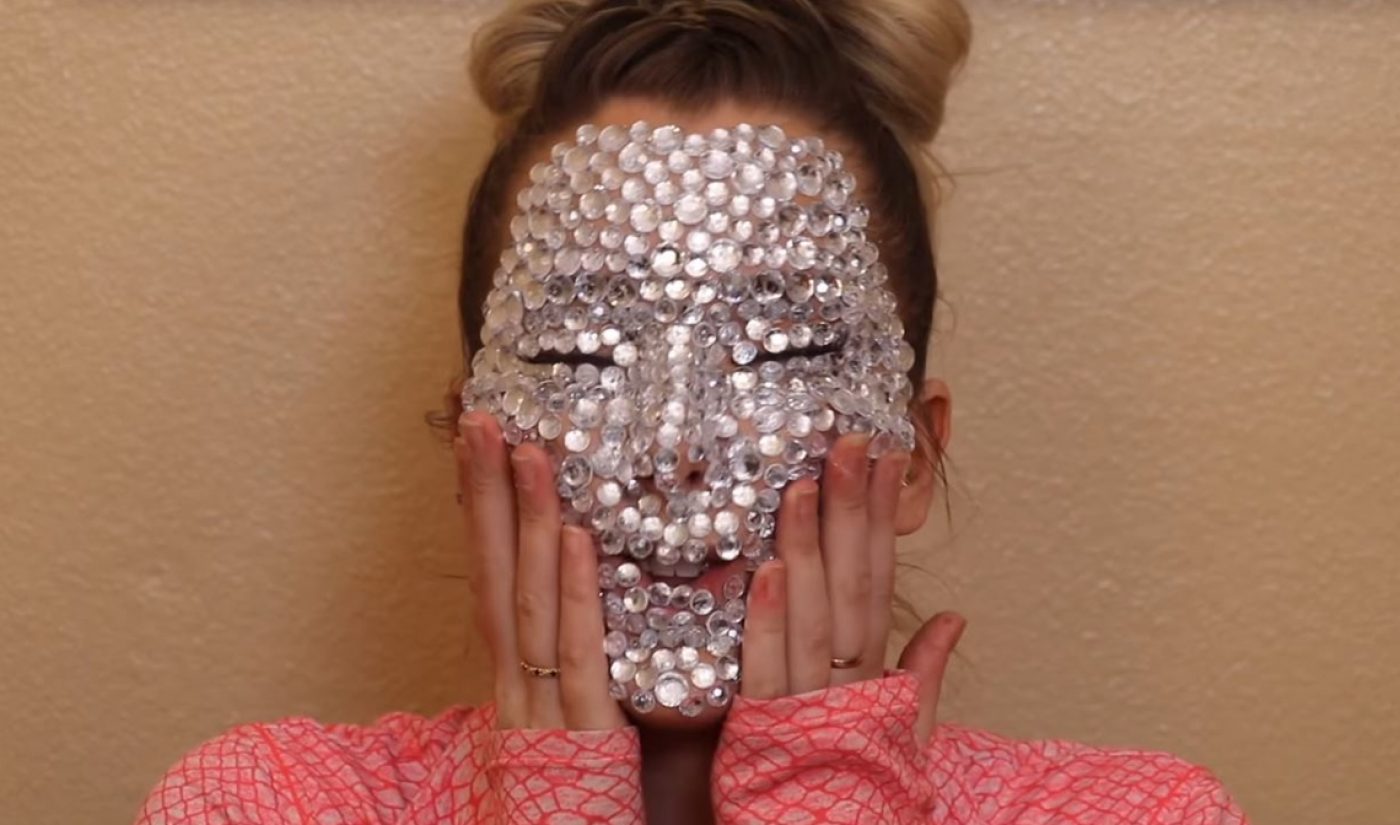 YouTube never fails to disappoint when it comes to churning out perplexing video trends that are as stunningly odd as they are massively viral. One of the latest such tag videos, which looks to have been kickstarted by YouTube veteran Jenna ‘Marbles’ Mourey, sees creators gluing various objects to their faces.

In Mourey’s video, posted late last month and titled A Full Face Of Rhinestones, she affixes rhinestones across the entire surface of her face using eyelash glue as an adhesive. While the concept may sound perplexing to those uninitiated to YouTube’s strangest corners — including adults costumed as Spider-Man and Elsa enacting surreal skits — Mourey concedes that she’s simply having a laugh. To date, the video has amassed 3.8 million views.

Fellow creators have taken the concept and run with it. In recent days, for instance, The Gabbie Show glued plastic googly eyes to her face (2 million views), while Miranda Sings, the beloved YouTube persona created by Colleen Ballinger, adorned her face with fake nails. Joey Graceffa hewed to Mourey’s original concept and used rhinestones as well — accented, naturally, by a blue glitter beard and eyebrows.

A quick search on YouTube reveals that other creators are gluing all kinds of crazy objects to their faces, including fake eyelashes, Skittles, pom poms, and Cheetos.

And while Mourey may have coined the concept in its current format, the ‘Full Face’ phenomenon looks to have emerged — at least in part — from makeup videos in which beauty creators use either one kind of product (like highlighter) or one brand to adorn their entire faces.