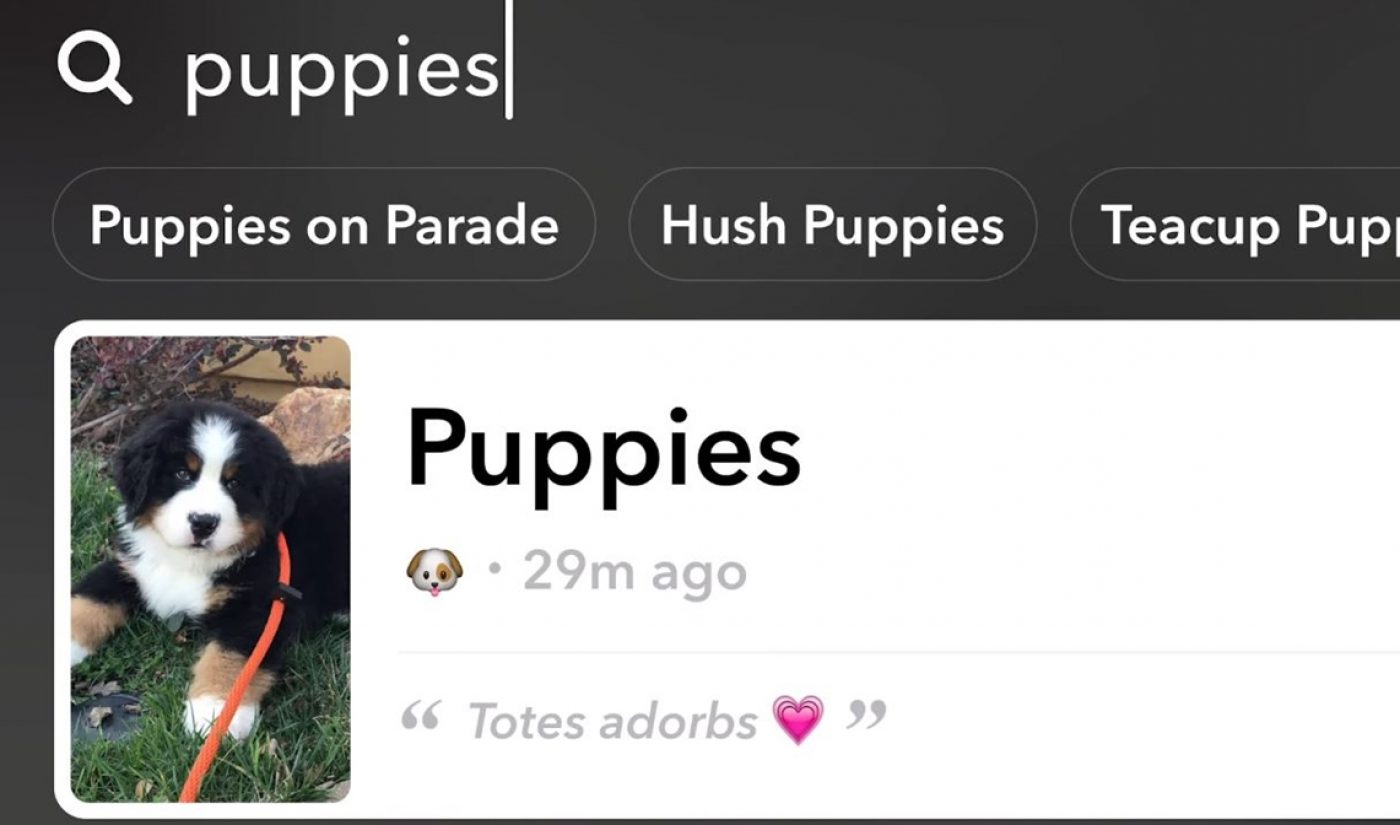 Snapchat announced today a massive update to its Stories feature — one that, if past is prologue, Instagram is also likely to implement in coming weeks.

A new search feature will enable users to parse through roughly one million Stories that have been submitted to Snapchat through Our Stories. The Our Story feature is a collection of user-submitted Snaps curated by the Snapchat team that are themed around a particular event or location, such as the Super Bowl or Mount Everest. Check out a video introduction to the new search function below:

While Our Story is curated by employees, Snapchat has turned to machine learning to make Stories searchable, according to the company. Search is rolling out today in select cities. Snapchat first launched Stories back in 2013, and unveiled a universal, app-wide search bar in January — though the Stories search functionality marks its first product update since Snap’s massive IPO earlier this month.

And entering the search sphere could be a lucrative proposition for Snapchat, notes Business Insider, which predicts that the feature could come to serve as yet another venue for ads — though for the time being, no ads will appear within Search.

Snapchat, which counts 158 million daily users, is faced with no choice but to churn out novel features in an increasingly competitive field: Facebook and its Instagram and WhatsApp properties have each released features in recent months that mimic Snapchat’s core Stories capability, which has subsequently caused Snapchat Story viewership to drop.