In Trailer For DanTDM’s YouTube Red Series, The Show Must Go On 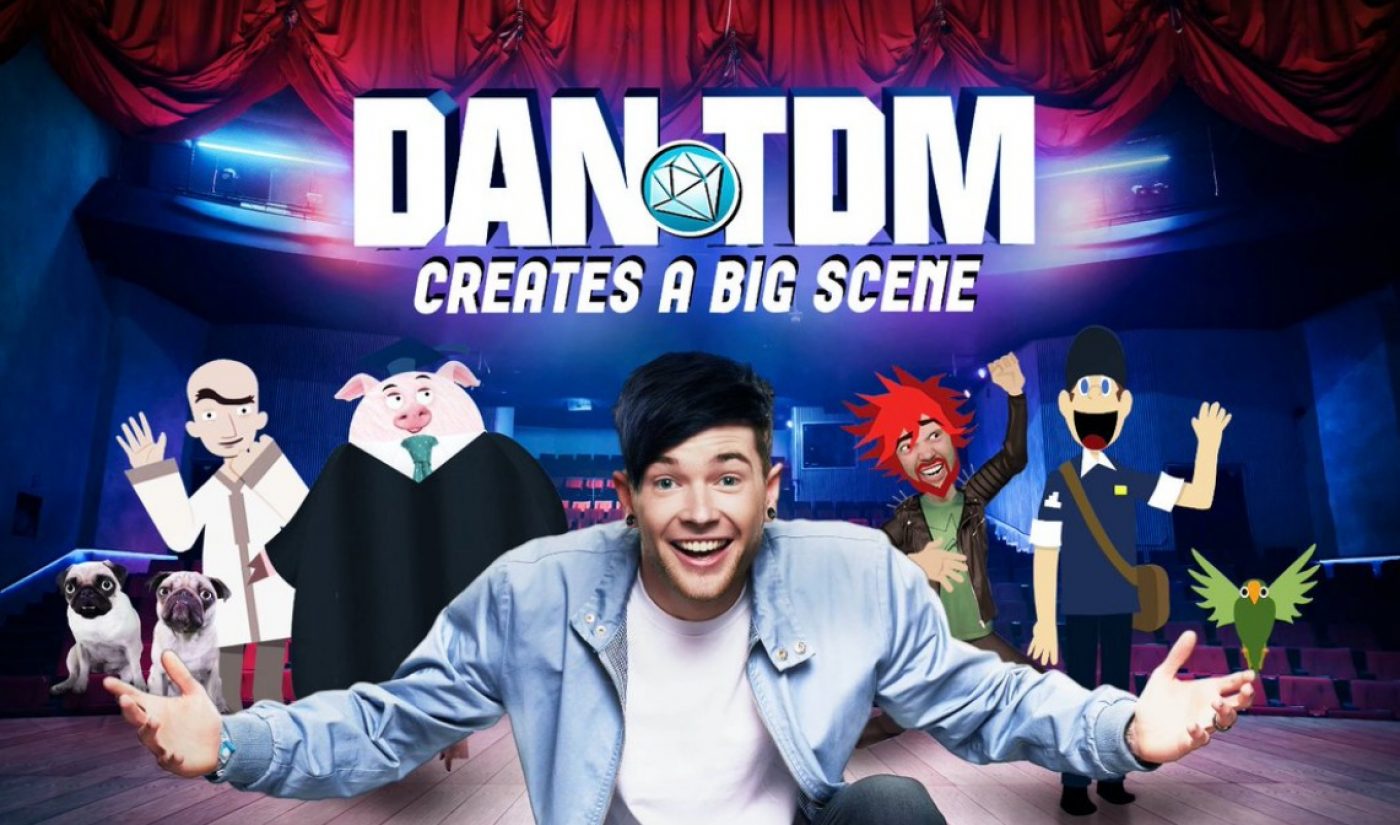 Over the past year, Dan Middleton has entertained his fans with sold out shows across the world. Now, he’s bringing a scripted series based off those shows to his fans. Middleton, whose channel is referred to as The Diamond Minecart or just DanTDM, has shared the trailer for his upcoming YouTube Red series, DanTDM Creates A Big Scene.

In the series, which is produced by Endemol Shine UK, Middleton will work together with his associates to address challenges faced by his live show. Those colleagues include a combination of live-action and animated characters: Danielle Tabor will co-star as Middleton’s second-in-command, his pugs will gain voices and offer their assistance, and the creations from his Minecraft videos, including his signature character Dr. Trayaurus, will appear as well. As in another forthcoming YouTube Red series, TheAtlanticCraft’s Kings of Atlantis, the characters adapted from Middleton’s Minecraft videos will not be animated in the style of the game itself. Instead, the share some stylistic similarities with Minecraft‘s blocky sprites while still being distinct.

The DanTDM channel is hugely popular, and Middleton is arguably the biggest YouTube gaming star not named PewDiePie. In February 2017, for example, he finished 38th in our Tubefilter charts by receiving more than 239 million views during that month. With DanTDM Creates A Big Scene, the goal is to convert some of those viewers to the $9.99-per-month service YouTube Red, where the new series will be available. Its six episodes will premiere on the same day as Kings of Atlantis: April 7th.