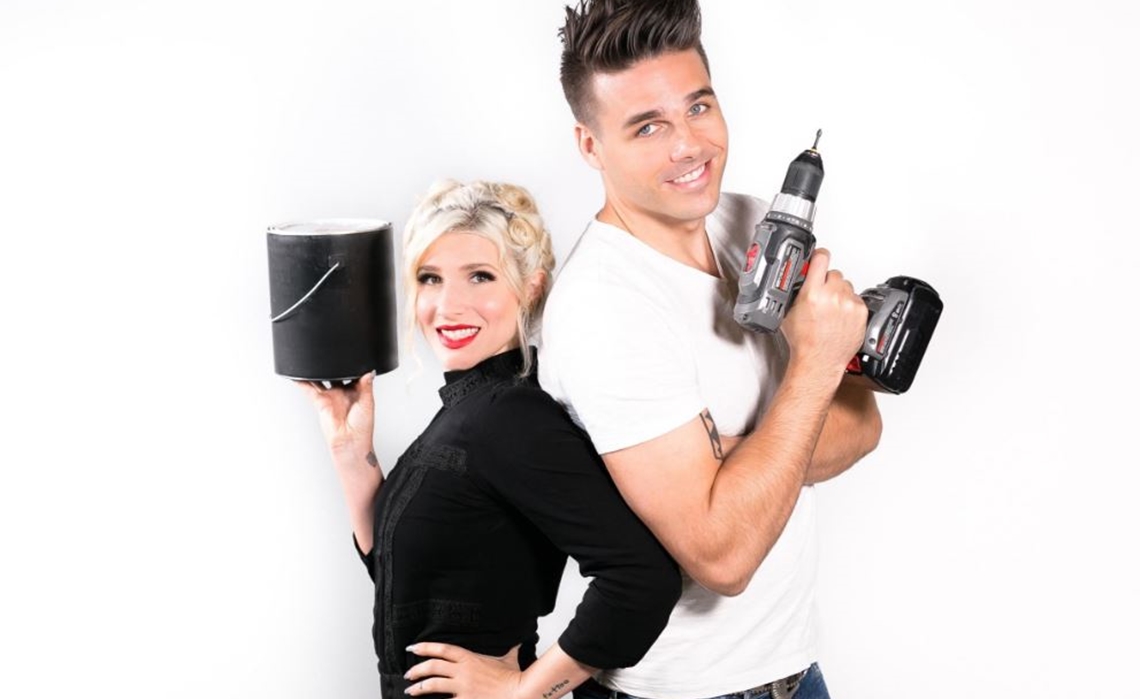 YouTube Millionaires: Mr. Kate Stands “For An ‘Anything Goes’ Mentality”

If you’re looking for ideas on how to spruce up your space, you might as well turn to Mr. Kate. The DIY YouTube channel, hosted by the husband-and-wife duo of Kate Albrecht and Joey Zehr, offers ideas for interior decoration, fashion, and style. After starting off as a humble blog, Mr. Kate has taken off after coming to YouTube, where the channel’s OMG We Bought A House series has served as a particularly popular attraction. Now, Mr. Kate, recently partnered with Kin Community, has evolved into a full-blown company and has more than one million subscribers, so we spoke to them:

Tubefilter: How does it feel to have more than one million subscribers? What would you like to say to your fans?

Mr. Kate: It feels so incredible to have surpassed that extra special milestone of one million subscribers. It’s so hard to fathom that one million people are our friends! It means the world to us that there are that many people who want to participate in our creative madness.

To our fans, we want to say thank you so much for going on this journey with us and for being such an overwhelmingly positive community. Our Creative Weirdo family is so special and magical, and we are beyond excited to continue to grow with each and every one of you and continue to create amazing experiences for you and ourselves as we continue to explore what it means to live the #becausewhynot lifestyle.

TF: What’s the story behind your channel name?

MK: I’ve always tried to live my life as far outside the box as possible, and when I was thinking about what I wanted to name the company I knew it had to be different and stand out. I’ve always enjoyed playing with juxtapositions in life and I love the idea of flipping labels and challenging traditions, so that why I decided to start calling myself Mr. Kate, also, because…Why Not!?

The name has grown to encompass more than just myself as a creative weirdo. The roots are based in taking societal norms and putting your own spin on them. Life is too short to stick to the rules and we all are allowed to define our own identities.

TF: How do you discover new DIY projects to work on?

MK: There is so much inspiration in the world around us. Obviously there’s the usual suspects like Pinterest, other YouTubers, Instagram, books, etc…but so much inspiration can also be found just walking around and taking things in. I love visiting well-designed or unique locations or styling a fun outfit or experimenting with some weird nail art. There are creative ideas nestled in every crack of life!

TF: Have you ever had any of your DIY projects go horribly wrong? If so, do you have any fun stories?

MK: We’ve never really had any DIY projects go horribly wrong but that’s ultimately the result of the way we work. We are big fans of embracing mistakes, so if something starts going south instead of fighting with it to try to get it back to what we are thinking we sort of go with the flow and always seem to be able to make magic out of anything.

Creative projects are all about your attitude towards them. If you go into a project with a fixed mindset you’re likely to be somewhat disappointed because it’s very hard to get exactly what you’re imagining, instead we tend to work with spaces and mediums in a fluid manner. If something isn’t working there’s a reason why and there’s probably no point in fighting against the current, and instead we’ll adapt and make it work in a different way!

TF: What inspired your OMG We Bought A House series, and why do you think that’s been such a big hit?

MK: When we bought our first house we really had to find a diamond in the rough. The housing market was very competitive right now so we didn’t stand a chance on a lot of the properties that were for sale so we ended up finding a house that had been sitting on the market for a while and needed A LOT of TLC and decided it was meant to be since we were already such DIYers. We knew it was going to be project after project so we decided we’d document the whole process of decorating and renovating the house, which we are still going at it today and we are very proud of how much we’ve been able to improve the house since moving in with a ton of elbow grease and creative thinking.

TF: What trend in the world of interior design would you like to see disappear?

MK: I like to not be judgmental when it comes to any kind of creative expression because I feel like a hypocrite since I try to stand for an ‘anything goes’ mentality. But that said, I do have personal tastes that pertain to my own way of doing things. If I had to pick one thing that I’d like to go away it would be the overly industrial look with too many iron bookshelves and edison bulbs. I mean, I have both of those things in my house so there you go, I guess I’m ready to change it up already!

TF: Have you heard from fans whose own renovations were inspired by your videos?

MK: We get emails everyday from viewers from all over the globe either asking for our help and advice on their spaces or sharing the projects they’ve done that were inspired by our content. It so fun and inspiring to see how people are finding motivation from our episodes to do the projects they’ve always wanted to tackle and to see everyone’s unique creative perspectives come to fruition in their spaces.

TF: What has been your proudest moment since starting the Mr. Kate channel?

MK: I think when we came out with OMG We Bought A House it felt really great to have a very defined series on our channel. We dreamed big to produce a TV-quality show and somehow pulled it off. Sometimes being a creator on YouTube can feel like you’re swimming in a big lake of randomness, so being able to successfully execute this defined series and release it and have it be successful was a big sea change for us as it really showed us a defined path that we could go down for future content.

MK: We are in the middle of releasing our OMG We’re Coming Over series and it’s going so well! In this series we go into the homes of other YouTube stars (Lilly Singh, Eva Gutowski, and Andrea Brooks, to name a few) and make over their spaces. We have several more episodes of that coming out that we are very excited about and then we are releasing a brand new season of Breaking Beige and Office Goals. We are also working on a $10,000 makeover episode that we are doing for one of our lucky subscribers so we are very excited about that too!