Instagram To Roll Out Obscuring ‘Screens’ Atop Sensitive Photos And Videos 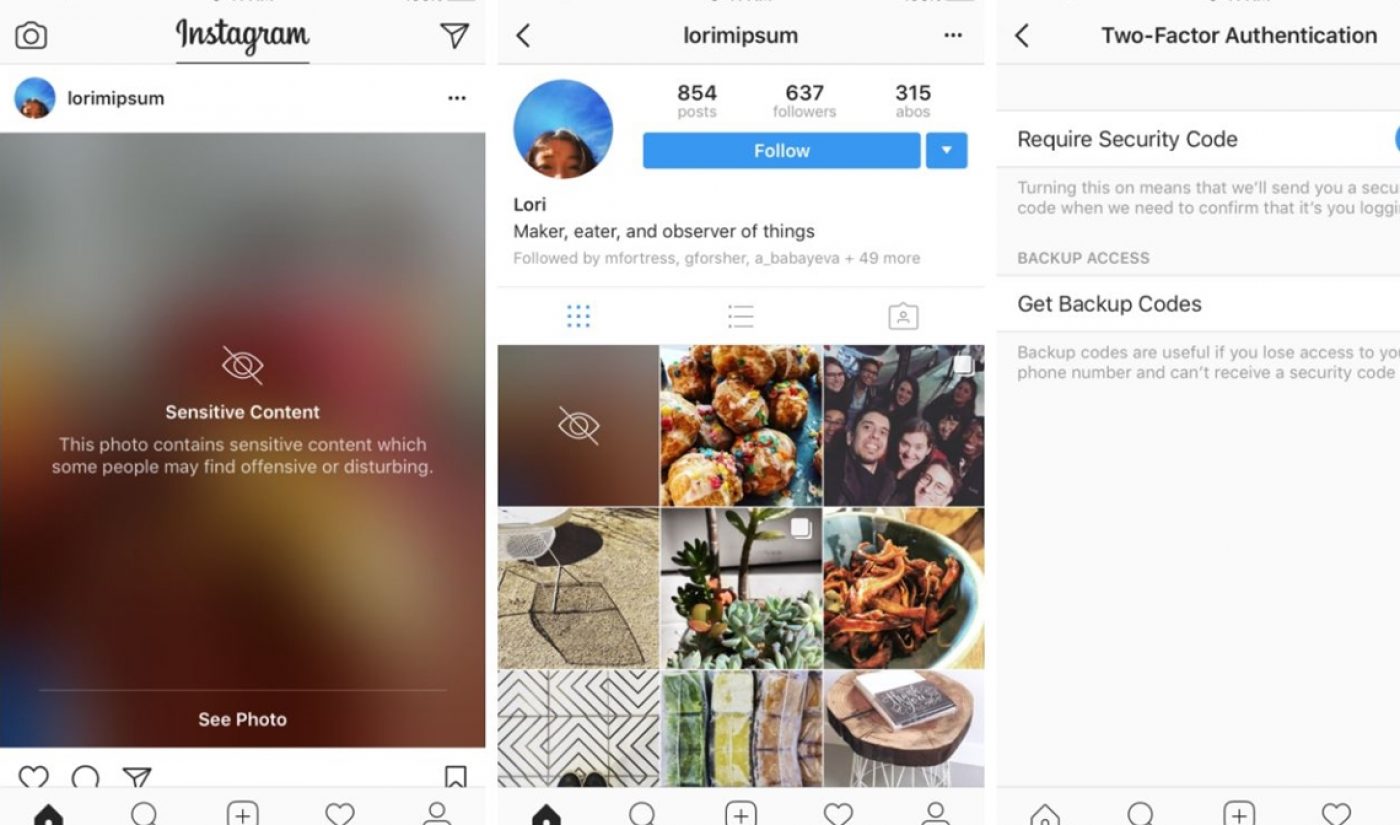 Instagram is rolling out a new feature to protect users from seeing inappropriate content in their feeds with a new “screen” that will appear over sensitive photos and videos, co-founder and CEO Kevin Systrom wrote today in a blog post. The update will arrive soon.

The screen will be applied to posts that don’t necessarily violate Instagram’s community guidelines — and which are removed from the service — but to posts that have been reported by other users as offensive and then subsequently confirmed by the Instagram team to be “sensitive.” Users who wish to see posts covered with screens simply tap them to reveal the underlying photo or video.

The safety updates follows new tools launched by Instagram last August enabling users to filter certain keywords out of their comments sections, with the option to turn off comments completely on a post-by-post basis. In December, Instagram added the ability to anonymously report posts in which friends allude to self-injury.

And the screens are part of a larger effort to celebrate kindness and safety across Instagram, writes Systrom, who notes that the company is also rolling out two-factor authentication — by which users can require a code for log-ins as an extra layer of security. Instagram will also host its fifteenth Worldwide InstaMeet — a series of in-person meet-ups for members of the community — this weekend.

The company has launched a new site to compile all of its community-fostering endeavors, which you can check out at www.instagram-together.com.