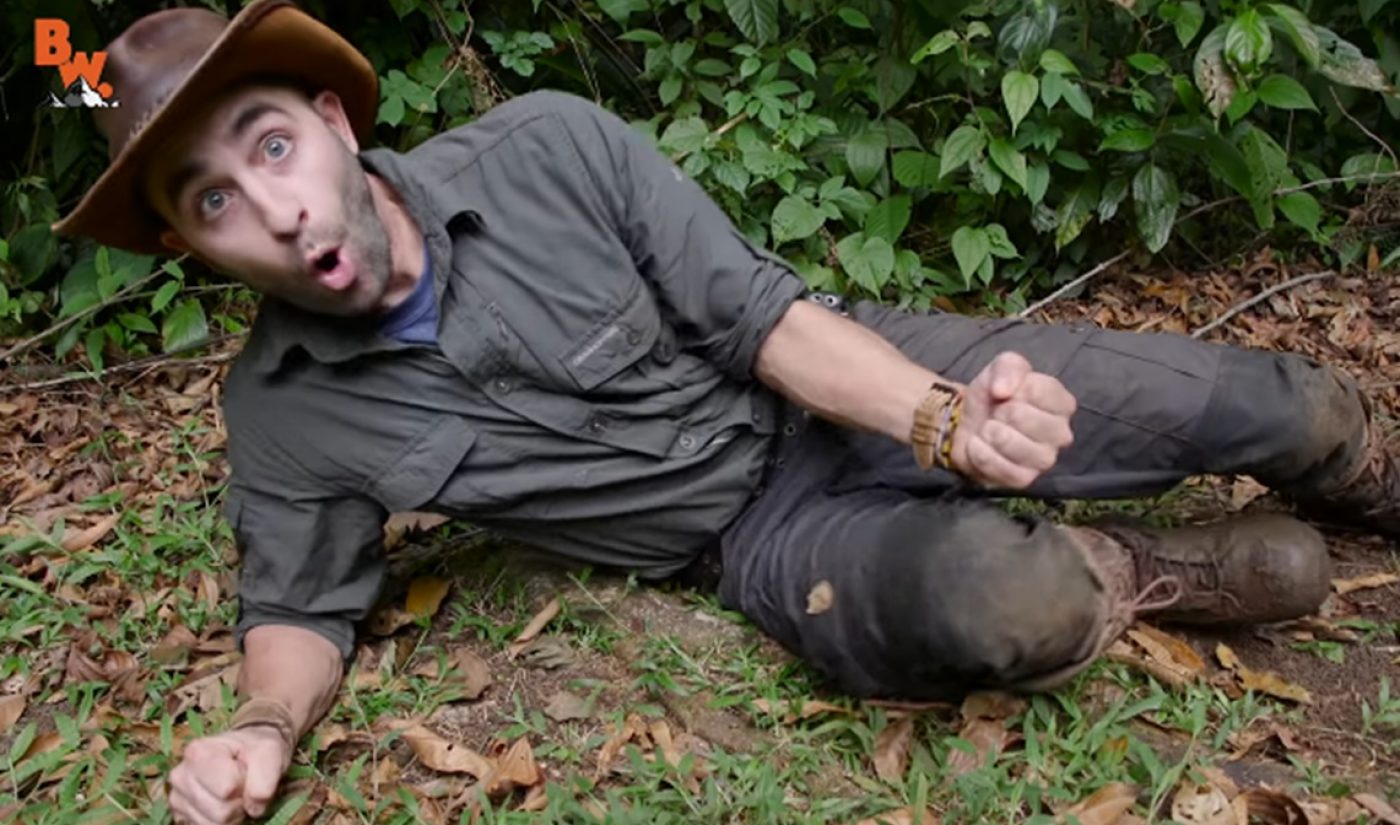 Two of the fastest-growing channel channels on YouTube have linked up with a top talent agency. The Creative Artists Agency (CAA) has signed both trampoline stuntman Tanner Braungardt and nature expert Coyote Peterson.

News of the Braungardt signing comes via Variety, which notes that the 16-year-old YouTube star (who also recently linked up with Studio71) will use his agency deal to expand beyond the stunt videos and challenges he posts online. His channel has taken off over the past year; 128 of his videos released over that period have surpassed one million views. While much of his content resembles that of other YouTube vloggers, his trampoline skills add in a fun twist. In one popular video, for example, he used a big jump-and-stab combo to destroy an old waterbed.

The Peterson signing was noted by The Hollywood Reporter. The exuberant naturalist has rocketed up the YouTube charts of late, and his channel now has more than 5.6 million subscribers and ooer 764 million views. In his most famous series, he let himself get stung by increasingly painful critters, leading up to an encounter with the infamous bullet ant. His first book is due out in August, and his CAA deal should bring more interesting offers to his table.

Both Braungardt and Peterson will retain previous representation. Braungardt is repped by Max Benator and Evan Weiss at Red Sun Entertainment and attorney Ryan Pastorek at Hanson, Jacobson & Teller, while Peterson is repped by Darren M. Richard of DMR Legal Counsel.