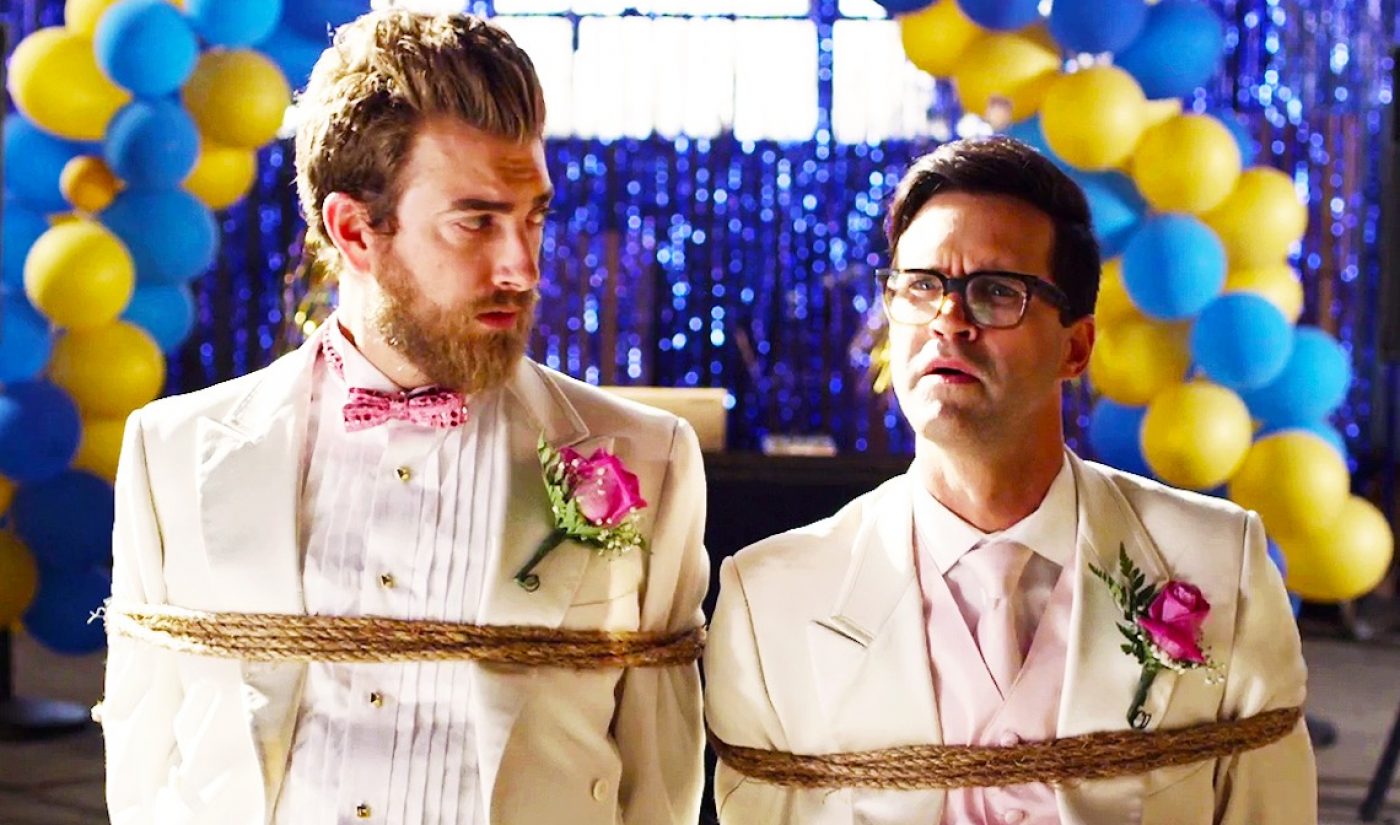 What do Netflix’s Santa Clarita Diet and Orange Is The New Black and Amazon’s The Man In High Castle and The Grand Tour have in common? They all just got beat by a YouTube show.

The YouTube Red original series Buddy System – starring and from YouTube superstars Rhett McLaughlin and Link Neal (aka Rhett & Link) – ranked above the originals from those other subscription video services on Variety’s latest weekly rankings of its “Top In-Demand Shows”. Buddy System occupied the #1 spot for the weeks ending March 4 and March 11. Also in the Top 10 were Hulu’s The Path and Netflix’s Luke Cage, House of Cards, Stranger Things, and The OA.

Here’s Stevie Levine – the SVP of Production and Development at Rhett & Link’s Mythical Entertainment company – with the paper and ink proof.

thanks for the love @Variety. #RLBuddySystem lookin good at #1 pic.twitter.com/SwqeD3y1Vv

The list is compiled by the Hollywood trade with data provided by Parrot Analytics, which measures and predicts “demand for content through cutting-edge technology and data science.” For the purposes of its “In-Demand” Variety list, that data and science measures the number of “expressions” each program receives. An “expression” is an intent to view, and it’s calculated by “more than 1 billion daily data points, weighting them based on relevance, from sources including YouTube and other video services; activity on social networks like Facebook, Twitter, Instagram and Tumblr; fan and critic blogs and sites; and piracy services.”

In short, the methodology is complicated, opaque, and not Nielsen (which is also complicated and opaque). So you can’t go comparing McLaughlin and Neal’s comedic YouTube series to something on terrestrial TV or equate its “expressions” to a number of views. (You could start to if streaming video services released ratings, but they don’t.) You can, however, look at this as a win for YouTube Red and all those involved with the program. By whatever billion data points of whatnot Parrot Analytics is synthesizing, Buddy System came out as the #1 In-Demand Digital Original for two weeks running.

That being said, YouTub Red still isn’t close to seeing the same number of “expressions” as traditional television shows. During the same time frame, for instance, The Walking Dead averaged 62.6 million expressions and Game of Thrones averaged 33.2 million to Buddy System’s 7.1 million.

Buddy System was originally released on October 19, 2016 and features McLaughlin and Neal as fictionalized versions of themselves who must hunt down a “co-ex-girlfriend” who is jeopardizing their YouTube channel. No one’s quite sure why the eight-episode show just started surging on the rankings, though the seemingly perennial success and appeal of McLaughlin and Link’s Good Mythical Morning YouTube channels (and their more than 14.7 million combined subscribers) probably has something to do with it.