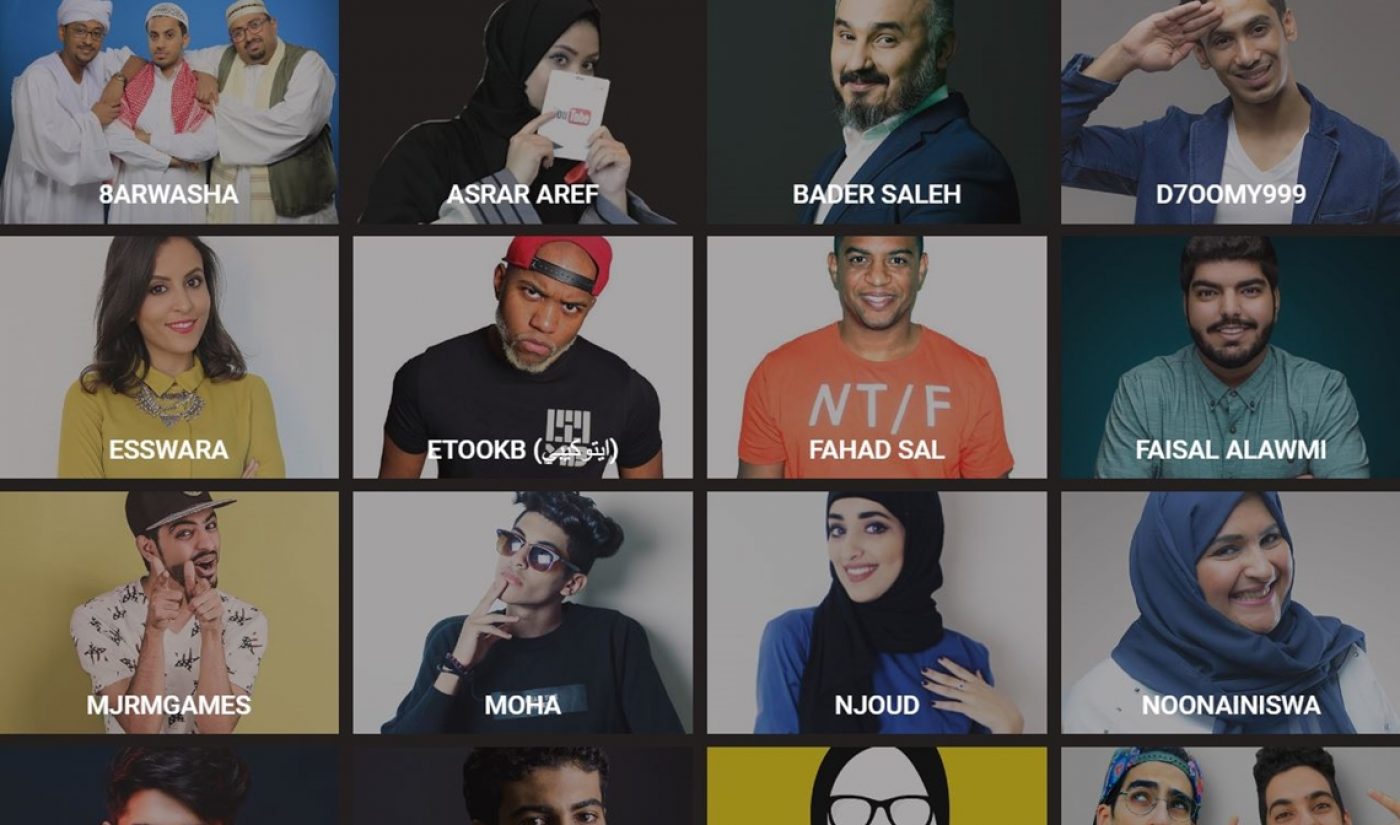 YouTube FanFest, a live events initiative whereby influencers from across the globe have headlined performances in India, Canada, Korea, Brazil, and beyond, has officially made its first-ever stop in the Middle East.

YouTube’s head of partnerships for the Middle East and North Africa, Diana Baddar, told Arab News that watch-time in Saudi Arabia grew 50% in 2016, accounting for a third of all watch-time in the region. Saleh became the first creator to reach 1 million subscribers three years ago, and now his audience exceeds 3.2 million fans. Stephen Nuttall, YouTube’s senior head of Europe, the Middle East, and Africa, attributes Saudi Arabia’s astronomic growth to the popularity of mobile phones and a young population that’s eager to adapt to new technologies and cultural mediums.

In a bid to spotlight its Saudi Arabian creator community, YouTube shared a list of the most influential female personalities in November. The company is also set to open one of its YouTube Spaces in Dubai in the second quarter of this year — its first in the Middle East.

The next YouTube FanFest event will be held on March 24 in Mumbai. You can check out a livestream of the Jeddah event below: