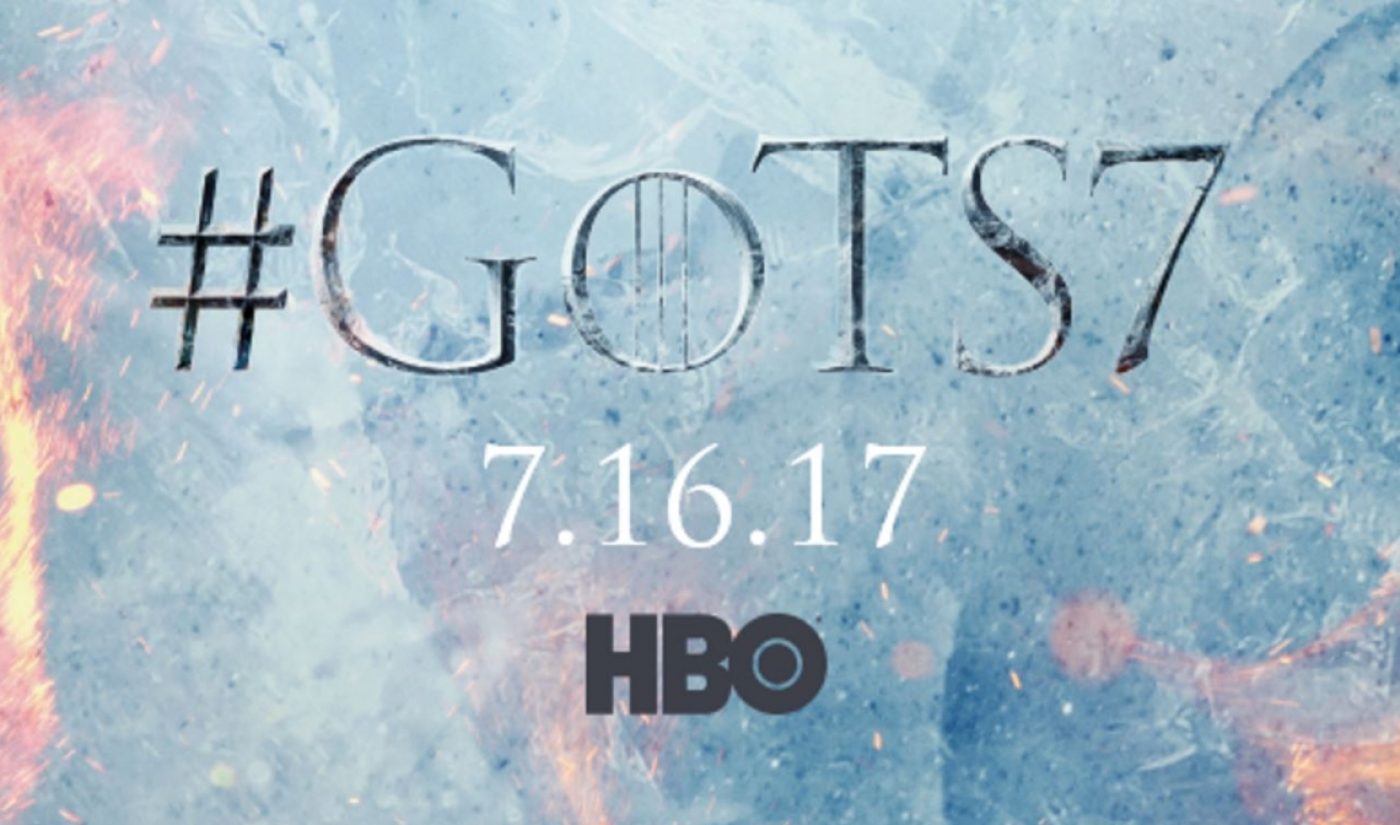 In what sounds like either an ingenious slant on the livestreaming medium or one of the most maddening marketing stunts of all time, hit HBO series Game Of Thrones unveiled the premiere date of its highly-anticipated seventh season during a Facebook Live stream yesterday.

During the 69-minute event, the team behind the series melted a giant block of ice with blowtorches — a nod to author George R.R. Martin’s A Song Of Ice And Fire series of fantasy novels — under which it was revealed that the show is set to return on July 16. Viewers were asked to comment ‘Fire’ via Facebook in order to speed up the process amid appearances by cast members Lena Headey, Nikolaj-Coster Waldau, and Gwendoline Christie.

However, the stream had to be restarted two times due to technical difficulties. Fifteen minutes in, with 1 million viewers watching, the broadcast suddenly shuttered, according to The Hollywood Reporter, which cited a glitch on Facebook’s end.

Nevertheless, after having to restart yet again after another fifteen minutes, 162,000 viewers were tuned into the stream when the premiere date was finally revealed, AdWeek reports. That’s certainly no small number — though it still pales in comparison to Facebook’s most notable broadcasts, including BuzzFeed’s exploding watermelon (11 million views) and Chewbacca Mom’s gigglefest (166 million views). All told, the Game Of Thrones stream counts 3.2 million total views to date.