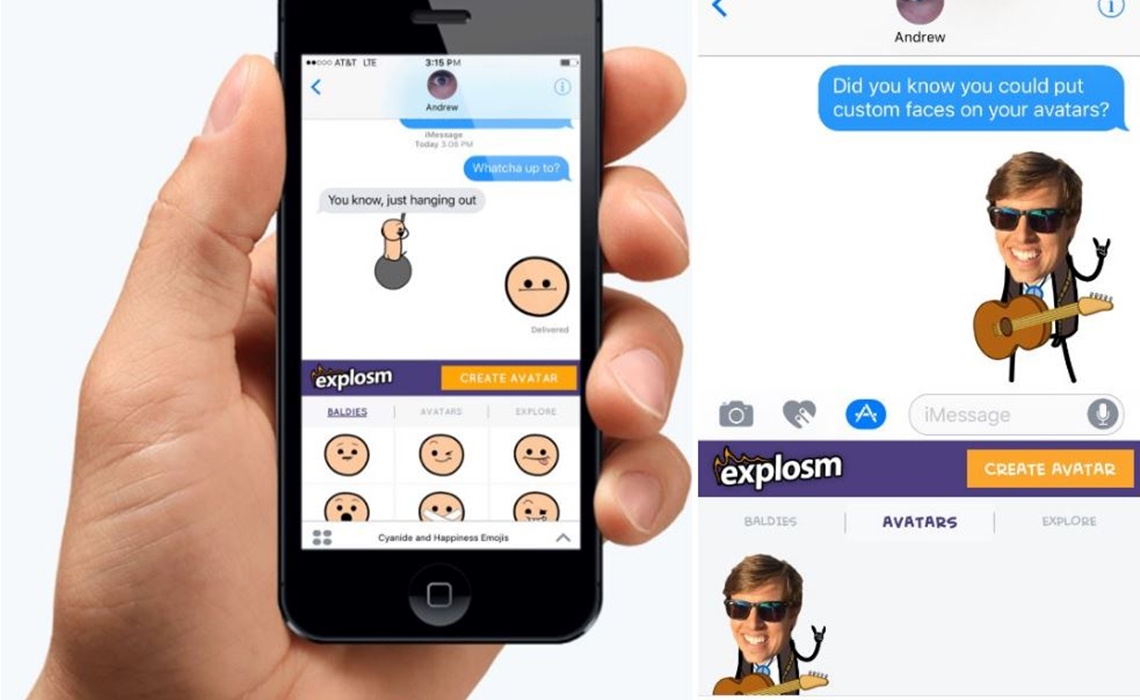 Popular webcomic Cyanide & Happiness, which counts roughly 7 million subscribers on YouTube, is set to branch out into the increasingly crowded emoji app business.

A new emoji and avator creation app is available now via iOS and Android. A keyboard features Cyanide & Happiness emojis, GIFs, filters, and stickers that users can insert into any text conversation, or share via Twitter, Facebook, Instagram, Whatsapp, and more. Additionally, an avatar generator enables users to turn themselves into Cyanide & Happiness characters.

While free, the app features add-on purchases. At launch, a Geek Pack and a Club Pack are available. The former will feature magic wands, gamer accessories, and other nerd-related items, while the latter will offer popped collars and shades.

“I think fans are going to dig the hell out of this,” Cyanide & Happiness co-founder Dave McElfatrick said. “Our characters have always been fun and simple to draw, and they apply themselves so well to every situation, so why not take it to the next level? Now you can add C&H to your messages, make yourself C&H style, everything.”

The app is a collaboration between Cyanide & Happiness, messaging company Fotobom Media, and multi-channel network Studio71.