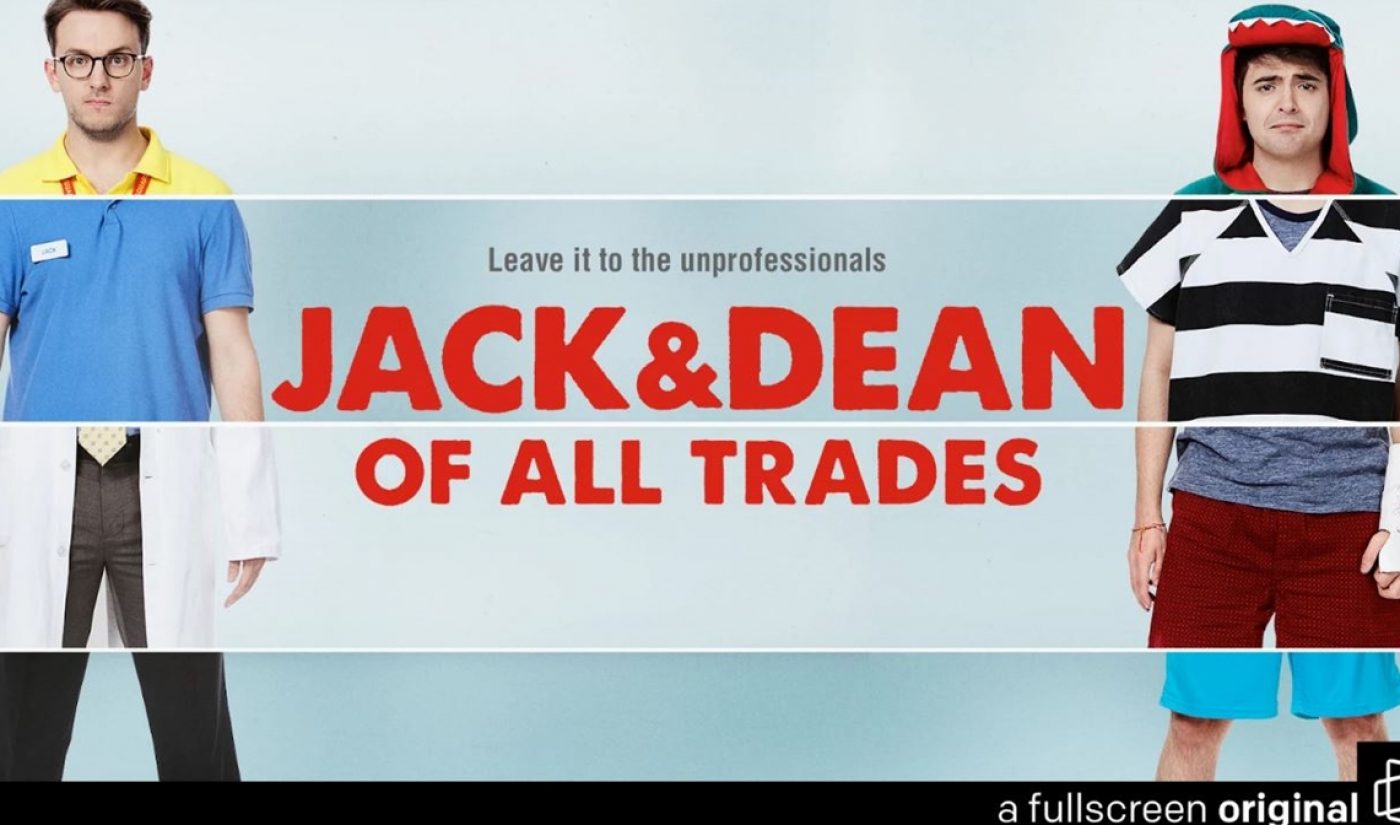 Beginning on March 16, Fullscreen will unveil the second season of Jack & Dean Of All Trades — marking the first-ever returning original series for the digital media giant’s global SVOD platform. Jack & Dean is a scripted, Streamy-nominated comedy starring YouTubers Jack Howard and Dean Dobbs, in which they attempt to hold down various temp jobs.

In the second season of the show, also comprising six episodes, Jack’s girlfriend lands in prison after an accidental bank robbery, leaving the duo to contend with stolen bags of cash. Jack’s conniving sister, Lottie — whose sole purpose is to make him miserable — also makes an appearance. Guest stars include Jacob Anderson (Game Of Thrones) and David Elms (Borderline), alongside series regulars Jessica Hynes (Bridget Jones’s Baby) and Andrea Valls.

“We cannot believe Fullscreen let us do this again,” Howard and Dobbs said in a statement. “Having Jessica Hynes back was brilliant. This season is bigger, better, funnier, and has 100% more cameos from Game Of Thrones stars than season one.”

Jack & Deal Of All Trades is produced by Colour TV, written by Howard, Dobbs, and Paul Neafcy, and executive produced by Howard, Dobbs, Jay Pond-Jones, and Matthew Harvey. Other original shows on Fullscreen, which launched last April and which is priced at $5.99 per month, include The Deleted, Magic Funhouse, and Psychobabble with Tyler Oakley and Korey Kuhl.