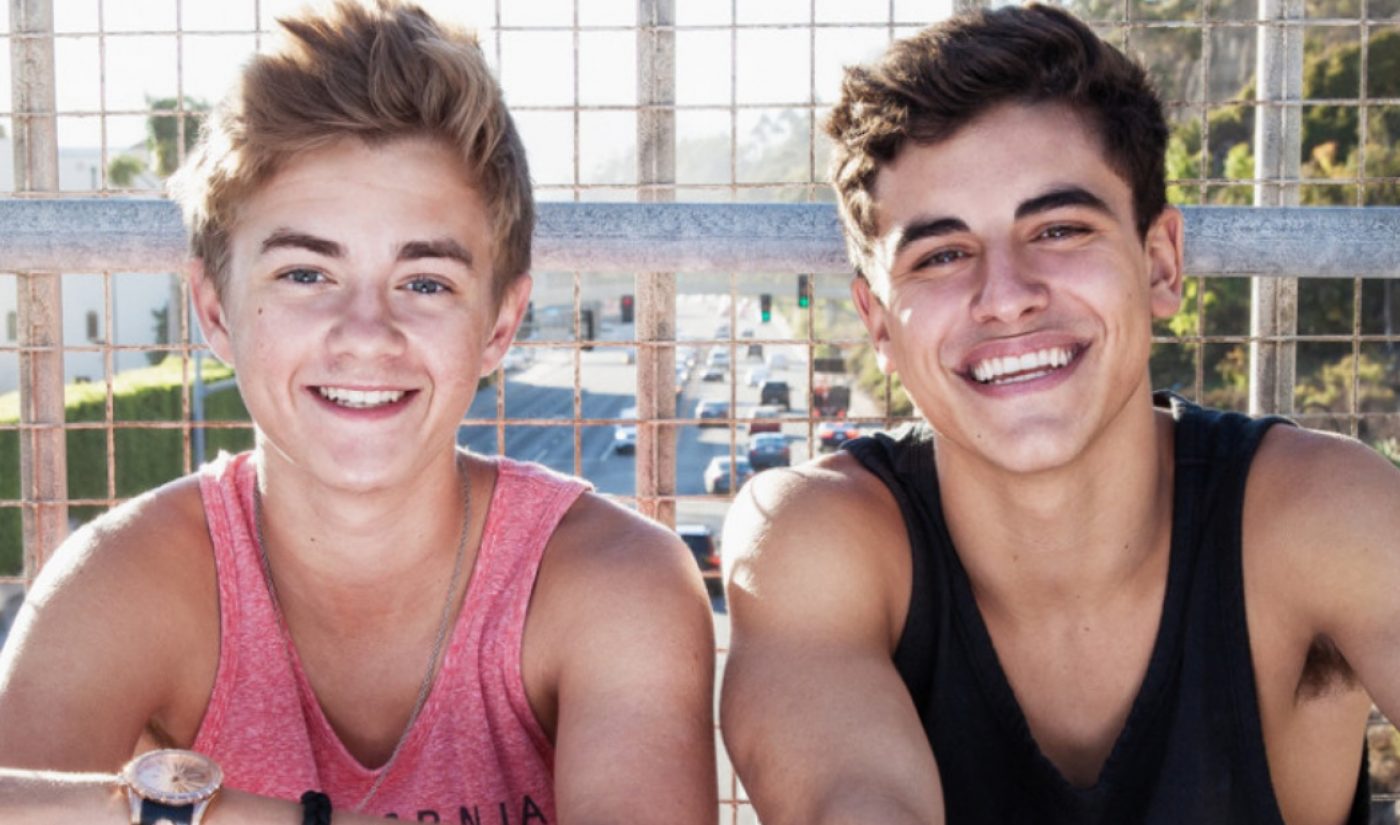 The Creative Artists Agency (CAA) has made deep inroads into the online video community, and it has now added a high-profile duo to its roster. As first shared by The Hollywood Reporter, the top talent shop has linked up with Jack & Jack, a twosome known for their vlogs and music videos.

Jack & Jack are 20-year-olds Jack Johnson and Jack Gilinsky, who have been friends since they met in kindergarten in their hometown of Omaha, Nebraska. Beginning in 2013, they teamed up to make videos on Vine, where they first found a widespread audience.

As Vine has declined, Jack & Jack have moved their digital presence to other platforms. On YouTube, their music videos routinely hit seven-digit view counts. Their most popular track, “Like That,” has been watched more than 31 million times to date.

Their digital success has also allowed them to land projects across multiple platforms. They chronicled their experience on the Digitour circuit in a feature film, released their first EP in 2015, and teamed up with publisher HarperCollins for You Don’t Know Jacks, a book that arrived in 2016.

Through their deal with CAA, Jack & Jack will look to expand their multi-platform profile while still connecting with their core audience through digital content and touring. According to The Hollywood Reporter, the duo will retain their representation through Adam Mersel at First Access Entertainment and attorneys Ken Hertz and Oswaldo Rossi at Hertz Lichtenstein & Young.