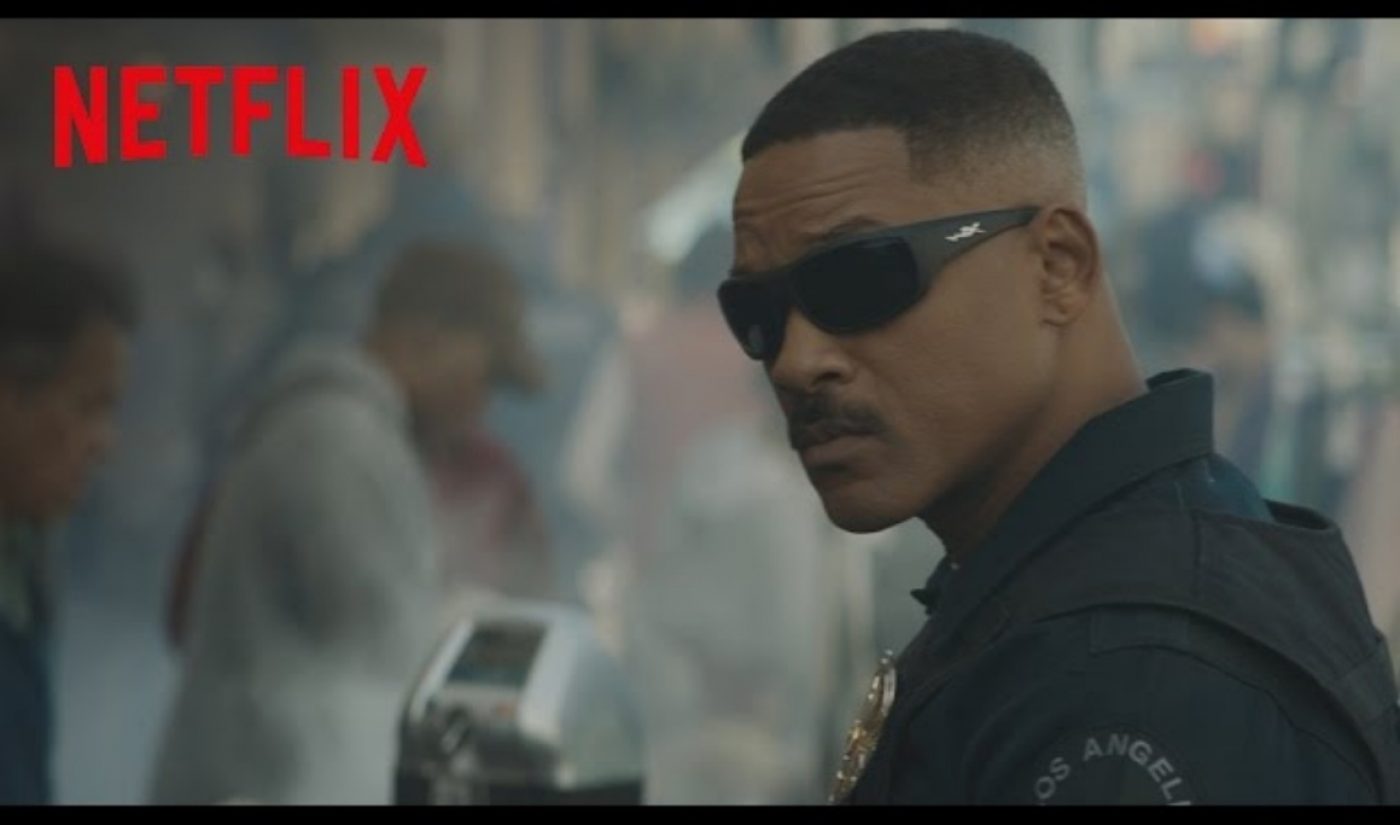 Thanks to The White Helmets’ win in the Short Subject Documentary category, the 2017 Academy Awards marked the first ever victory for a Netflix-distributed project at Hollywood’s most prestigious award ceremony. During the show, Netflix also reminded viewers that it has even bigger film projects coming through its pipeline. In one of the Oscars’ commercial breaks, the subscription video on-demand platform shared the first teaser for Bright, a sci-fi/fantasy film starring Will Smith.

In the world of Bright, magic is real and humans live alongside multiple fantastical races. Smith stars as a cop who, along with his orc partner (Joel Edgerton), must investigate the power possessed by a magical wand. The film’s teaser first aired as a commercial, and Netflix has since posted it to YouTube.

Bright is notable as the most expensive film Netflix has picked up so far. The streamer won a bidding war for the project back in March 2016, paying $90 million for the right to distribute the film.

David Ayer, who directed Smith in Suicide Squad, will also be behind the camera for Bright. A reprise of the creative partnership featured in Suicide Squad isn’t exactly a great sell given that movie’s cold reception, but Netflix knows what its subscribers like. They like fantasy (see Stranger Things), they like crime thrillers (see Narcos), and they probably like Will Smith (who doesn’t?) Those factors make Bright an interesting bet; it’s due out in December 2017.