Insights: Will Investors Snap Up Snapchat’s IPO? Yes. Should They? Let’s Chat. 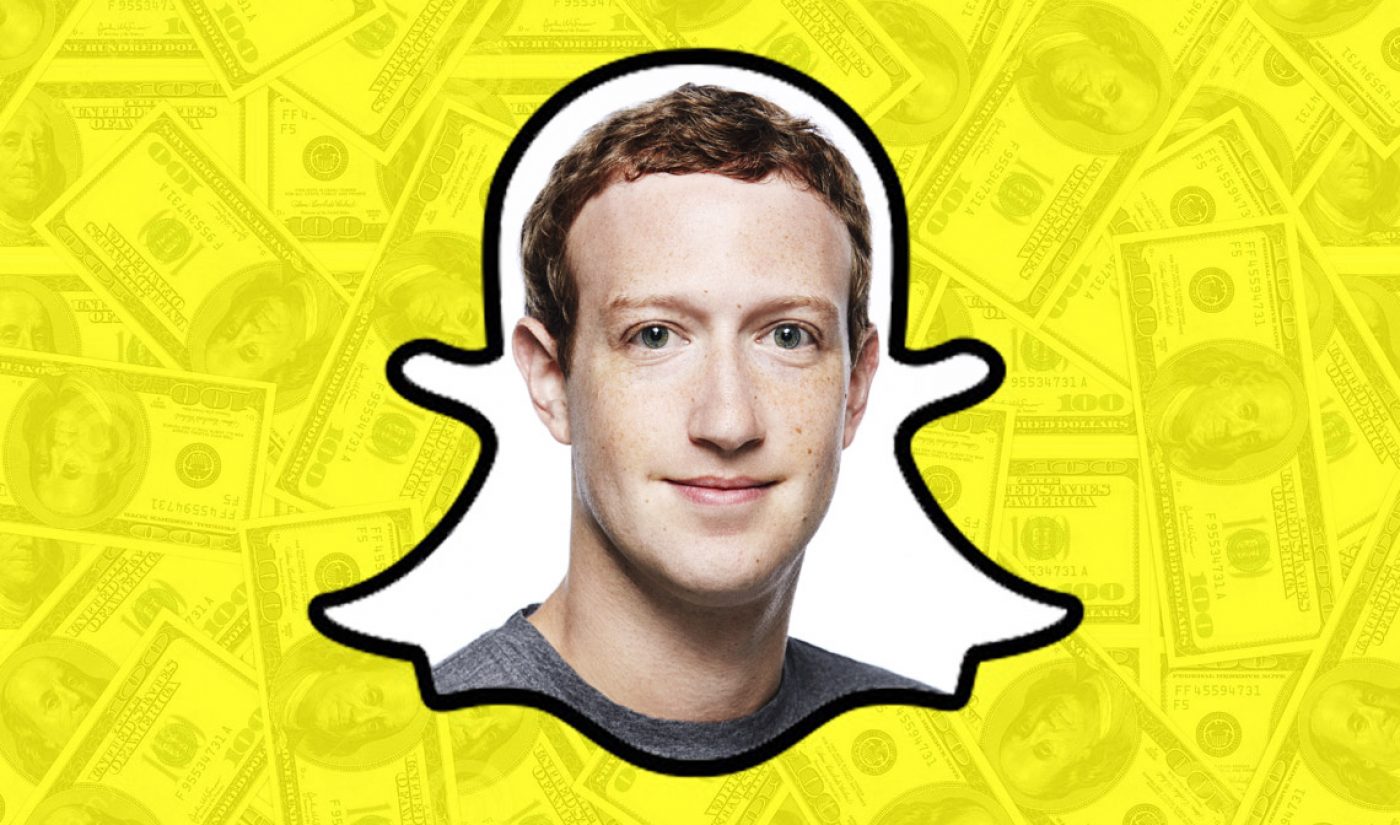 I’ve been marinating the past few weeks in a cascade of stories about the imminent initial public offering of shares in Snap, the parent company of Gen Z’s favorite opaque mobile app, Snapchat.

As a Los Angeles lover, I’m delighted to see the local kids hit it big. Reports suggest the company hopes to raise $3.7 billion on a market valuation of up to $22 billion, on shares priced at up to $16. That would make Snap’s debut one of the biggest tech launches ever.

I fully expect an oversubscribed offering as boatloads of investors jump aboard Snap, in part because Snapchat is a Really Big Thing for the emerging generation of teens and tweens who will drive our cultural paroxysms this next decade or so. That could be a big deal.

I expect that some investors, certainly insiders connected to investment banks and others handling the IPO, will profit handsomely. The company’s pre-IPO investors and executives also will do great, only fair given the hundreds of millions of dollars they’ve lost to get here. And the landlords of L.A.’s Venice area, buoyed by Snapchat and Google’s renting of every available corner of the neighborhood, will be even happier (as one tech exec told me area rents there have quadrupled the past four years).

But boy, does this deal ever make me uncomfortable for most of the rest of us.

I’ve been using Snapchat for many months now, fiddling with obscure settings to uncover a quite powerful set of tools. I follow some of the platform’s budding influencers. I send text messages and silly, fun, annotated photos and videos to a few family and friends. I build collections of those photos and videos into Stories. And I poke around Discover, monitoring how old-line media companies are reaching young audiences that otherwise wouldn’t know they exist.

The company’s fans include smart people I respect a lot, like Mike Vorhaus, the anything-but-Gen Z CEO of Frank N. Magid Associates. Last summer, Vorhaus called Snapchat the next important media platform, and continues to champion it. He may be right, though Snap doesn’t call itself a media platform. More on that in a bit.

Snapchat has 158 million daily users. I estimate, wildly, that at least 157.5 million of them are less than 20 years old. Even many Millennials, those voracious technology adopters, are befuddled by the app’s willfully opaque interface. But owning Gen Z is a very good place for an app to be, given the generation’s size and lack of lock-in with other apps. And those kids love Snapchat’s disappearing images and in-the-moment nature, and the way the app zaps the kinds of digital breadcrumbs that can be so problematic when found by college admissions executives, employers and parents.

Snap reported $400 million in revenue in 2016. It also reported $515 million in losses. I’m not a mathematician, but that seems like a very bad combination of numbers.

The company – like Facebook and some others – will have its shares structured in such a way that all the new investors will have very little control over how that $3.7 billion is spent. How much you like that may depend on how much you trust the leadership skills of secretive 26-year-old CEO Evan Spiegel.

In its IPO filings, the company acknowledged that it may never become profitable. That caveat is appropriate, given the uncertainties. And it may be daunting for those with a taste for tech history: Twitter said the same thing in its prescient IPO filing.

Snap is right, however, to dodge comparisons to Facebook, Twitter and other social-media platforms. While Snap’s user base is admirable for such a young company, growth has flattened. This is attributed to the extensive, ruthless, even immoral photocopying of key Snapchat features by several Facebook-owned platforms, most recently this week by WhatsApp.

To avoid such invidious, if obvious, comparisons, Snapchat redefined itself in its IPO paperwork as a “camera company.” “Camera company” is decidedly not the Snap self-description one might expect. I personally was looking for something such as “social-media platform” or “digital-media company” or “beloved playtoy of the next mass of entitled digital natives” or, well, any of a lot of other things.

Making the case as a camera company isn’t so easy either. Snap’s only current camera thingy is Spectacles, the $129 eyewear that takes 10-second videos and then automagically posts them to Snapchat on your phone. Until a few days ago, Spectacles were available only through roving vending machines whose daily locations were unveiled through a clever online marketing campaign. A great way to build buzz, if not profits.

Company executives say Snap plans to build the best possible camera platform, then use that to drive audience engagement, and then use THAT to sell lots of mobile advertising.

Snap also has invested heavily in talent and technologies that eventually may add more powerful capabilities, such as even better facial recognition (have to auto-find the nose so you can put a dog’s face on it), object recognition (navigate the world as your camera figures out what things are and do), and augmented/mixed reality (annotated dog faces on everybody!).

Snap even partnered with R/GA and Interpublic to create an incubator focused on “mobile and social platforms related to artificial intelligence, content creation and analytics.” And of course, Facebook launched an incubator, too.

Instagram even has 150 million daily users of its Snapchat knockoff, Instagram Stories, so Snap really doesn’t want to go there. And yes, there’s anecdotal evidence that Snapchat’s young users won’t use Instagram Stories because they think Mark Zuckerberg pulled a jerky move while showing zero innovation.

Also, investors may not value Snap as highly when it’s a camera vendor, given how the market treats hardware companies, which often have terrible margins. The stumbling GoPro is a fine, if painful, example of the challenges of living in Hardware-ville. Spectacles, by the way, aren’t even selling well enough to merit mention as a material contributor to company revenues.

Snapchat continues to have issues servicing the brands and marketers who’ll bring in the revenue the company needs. And one of the fellows brought in a year ago to fix all that, Sriram Krishnan, just left. That’s not encouraging to advertisers frustrated they can’t track and analyze their expensive Snap influencer campaigns, nor to investors who care about long-term revenue generation.

The app itself isn’t exactly queued up for world domination, even as it owns the eyeballs of America’s youth. WhatsApp’s launch of its Status capability means its 1.2 billion international users get a subset of Snapchat-like capabilities in their daily messaging app. And Snapchat doesn’t work on the low-end phones common overseas. It’s not even very reliable on Android and other non-iOS smartphones. WhatsApp, by contrast, works on pretty much everything more powerful than two tin cans and some string.

Spiegel has said he doesn’t want to dilute his app’s user experience so it can run on lesser phones. Fair enough. And Snap wants to focus on North America and Europe. That’s reasonable too, except only about a quarter of all Internet users live in North America and Europe. If you’re an investor hoping for globe-girdling growth the next few years, ignoring the other three quarters of the world may be an issue.

Goodwater Capital, which invests in consumer-facing technologies, estimates that Snap will turn its first profit in 2020, on the presumption that it will keep booking huge increases in ad revenues year over year until then. Whether Snap can do that will help determine its share price in 2018 and 2019.

I would point to a new Gartner study, which suggests we’re rapidly approaching a “post-app” world in mobile computing. All those huge messaging services now offer so many other functions that they’re beginning to “eat” other apps. Why leave WeChat or WhatsApp or Messenger if they already allow you to send money, book a ride, watch the news, make a reservation, or even shoot and share a silly video?

A McKinsey study outlines the looming shifts in how smartphones are used. It points to 2.5 billion digital tech users who are less than 25 years old. They spend about triple the time online each day of those over 25. In the U.S., 41% of of those 18 to 32 are on Snapchat up to 30 minutes per day.

And this week, I saw Robert Scoble and Shel Israel, authors of “The Fourth Transformation” among much else, predict that phones are going to matter much less very soon, as augmented- or mixed-reality devices begin to arrive from Apple, Huawei, Microsoft, and almost certainly Facebook and Snap.

“They’re clearly going to bring out products,” likely a more sophisticated Spectacles among other possibilities, Scoble said of Snap. “There’s going to be a full-out war in this industry.”

The questions facing investors, then, are a couple:

Snap may indeed be, yes, the next Facebook. Facebook, you may recall, went public at an aggressive price, then saw its shares drop by half after some initial stumbles. Shares recovered when Facebook figured out a winning mobile ad strategy, and now are more than three times their opening price. And the 70-something Israel says Facebook will be to this new generation as his grandfather’s ‘49 Ford was to him growing up: that is, not very.

Snap could figure out its own set of mobile/messaging/hardware/visual intelligence strategies that attract oodles of users and advertiser cash. But here’s the thing: unlike Facebook making its way after its IPO five years ago, Snap has to deal with Facebook while figuring out the same complicated issues. All this will be happening on a transformative new platform with new rules.

Making all that work, and pay, will be a Snap, right?