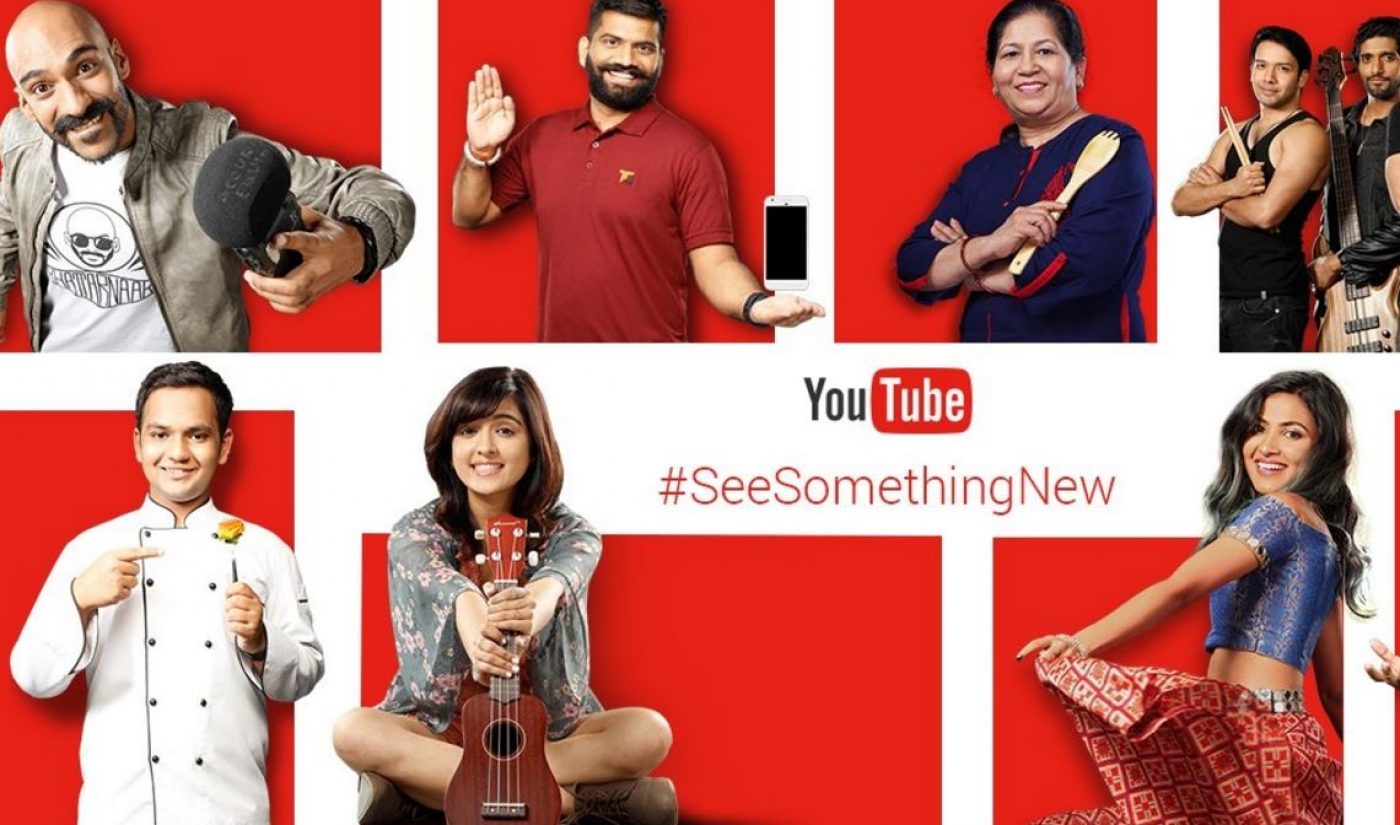 Much in the same way that is has sought to bolster the profiles of some of its top creators through multimedia ad campaigns in the United States and across the pond, YouTube has launched its first-ever television and digital campaign in India to showcase local channels.

The campaign is themed #SeeSomethingNew, and, like previous iterations, features creators across a multitude of genres, including food, comedy, music, and technology, reports afaqs!, an Indian advertising news website. “We selected creator channels based on a variety of quantitative and qualitative measures,” Satya Raghavan, head of entertainment content for Youtube in India, told the outlet.

Featured channels include vegetarian chef Nisha Madhulika, CookingShooking host Yaman Agarwal, the BeingIndian comedy channel, boyband Sanam, musicians Shirley Setia and Vidya Vox, and tech channels GeekyRanjit and Technical Guruji. Check out the #SeeSomethingNew spot for CookingShooking below, and a full playlist right here. The ads are running on TV, as well as on each creator’s respective channel.

“Improved connectivity in India is leading to massive growth in online video content consumption,” Raghavan told afaqs!. “We want to invest in turbocharging this growth and create opportunities for our creators to succeed online.”