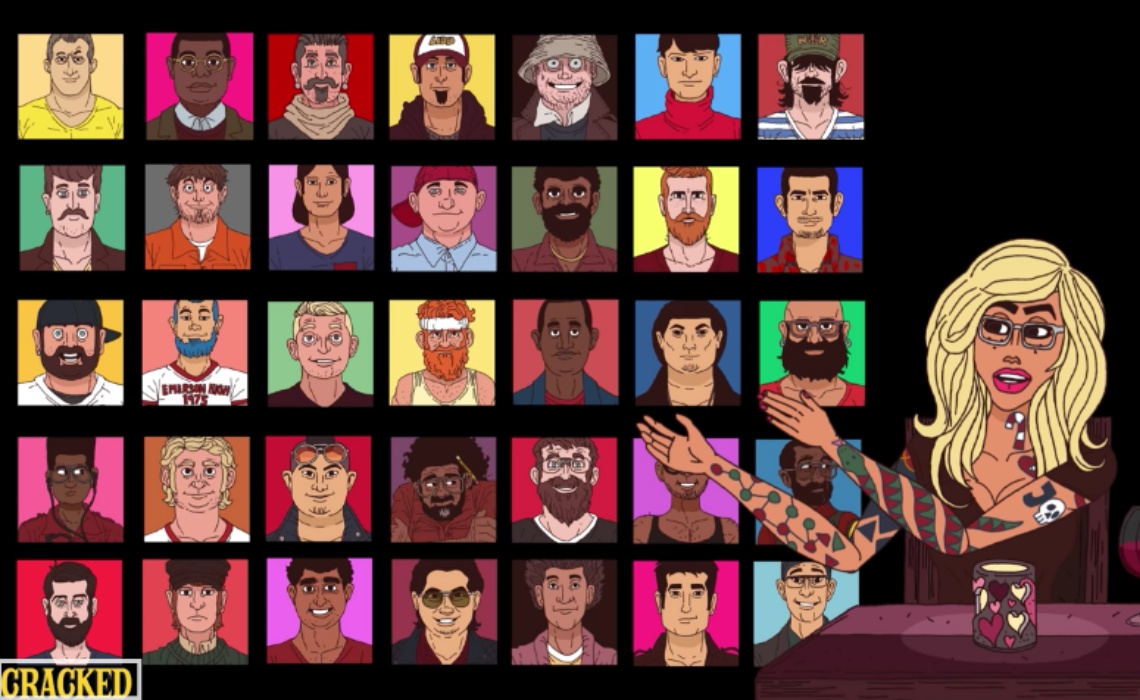 Cracked Engages In “People Watching” In Its New Web Series

Rowntree is best known for his webcomic Subnormality, which has been praised for its verbose approach and fresh visuals. People Watching is similarly wordy, and its characters are colorful in more ways than one. The first episode goes inside the world of speed dating, where it highlights a motor-mouthed stripper, a frank virgin, and everyone in between.

On Cracked, several of Rowntree’s observations on modern culture have received high-six-digit view counts, and People Watching serves an attempt to translate those articles into a video format. Rowntree’s art previously showed up on the Cracked YouTube channel (which has more than 1.5 million subscribers) last year.

People Watching is one of the most notable projects Cracked has unleashed since former owner Demand Media sold it to E.W. Scripps last April. The humor website is certainly past its prime, but its latest project shows that it’s still capable of producing witty, edgy material. Keep an eye on the Cracked YouTube channel to see new People Watching episodes as they arrive.