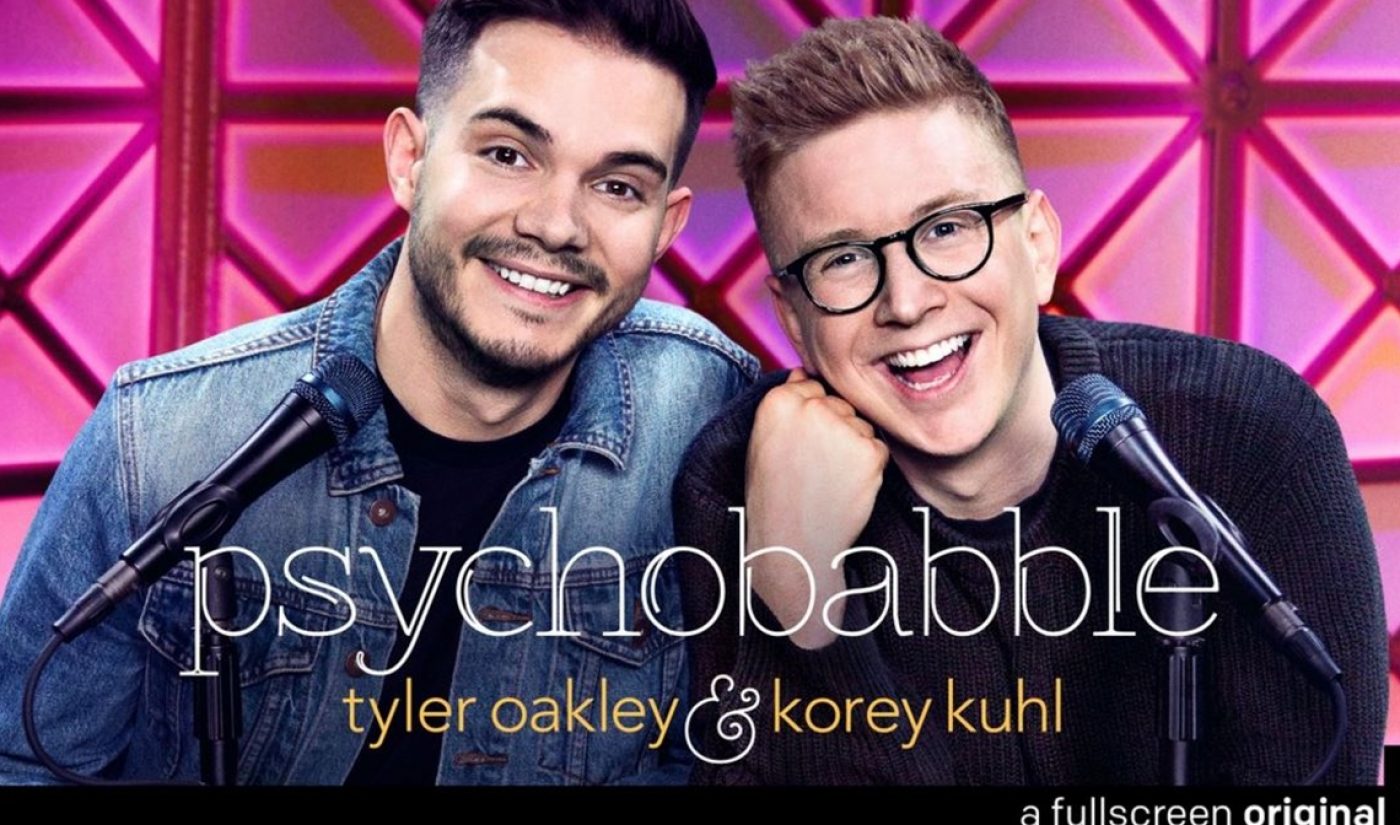 Fullscreen is quickly becoming the de facto destination for video podcasts hosted by some of the Internet’s biggest stars.

The eponymous streaming service, priced at $5.99 per month and launched last April, has today picked up Psychobabble, the comedy podcast hosted by YouTube megastar Tyler Oakley and his best friend, Korey Kuhl. Beginning today, video episodes of Psychobabble — billed as “a half hour of unfiltered gossip sessions, pop culture scrutiny, and stories never told before” — will premiere exclusively on Fullscreen before rolling out one week later to iTunes and SoundCloud, where audio streams will be available for free.

After a monthlong Psychobabble hiatus, Oakley announced today on Twitter that audio episodes will start back up again on Valentine’s Day. Check out a clip from the inaugural episode on Fullscreen right here:

In addition to Psychobabble, Fullscreen counts several other influencer-led video podcasts as part of its growing programming roster, including: Apologies In Advance hosted by Andrea Russett; Grace Helbig’s Not Too Deep; Explain Things To Me, featuring Anna Akana and Brad Gage; Zall Good with Alexis G. Zall; and Shane Dawson’s Shane And Friends.