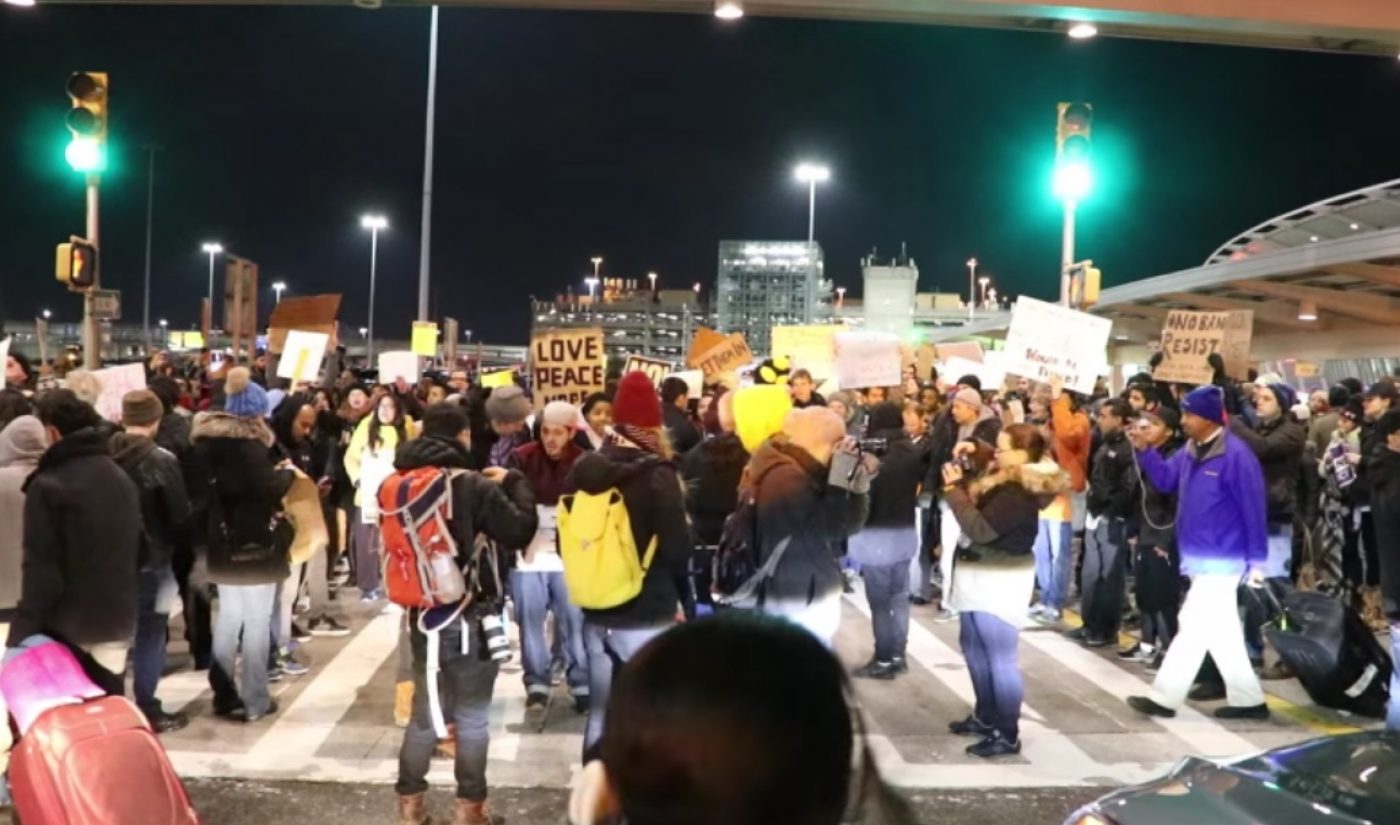 Since the inauguration of Donald Trump, major YouTube stars have participated in the protest movement that has challenged the President’s extreme policies. With the past weekend’s executive order on immigration serving as the Trump administration’s most controversial action so far, a digital influencer who has not been shy about his political views has returned to the fore. Two months after ending his daily vlog and selling his startup to CNN, Casey Neistat has returned to YouTube’s Top Trending list with a video chronicling the anti-Trump protests at New York City’s JFK airport.

In his video, Neistat ventures out to the major transport hub hours after dozens of immigrants were detained at airports around the United States. Through the lens of his camera, he explores the protests occurring in and around JFK and talks to some of the people who are fighting back against Trump’s order. The response to the vlog has been electric; at the time of this post, a day after the video’s release, it has more than 3.1 million views.

Neistat made headlines during the election cycle when he argued that YouTube stars have a moral obligation to discuss politics (he personally supported Hillary Clinton.) His latest vlog shows his knack for creating well-edited vlogs that double as examples of video journalism. Unlike in his typical work, he spends very little time talking to the camera directly, and instead shares the stories of those around him. I’m hoping for more Neistat updates like this one in the coming months.