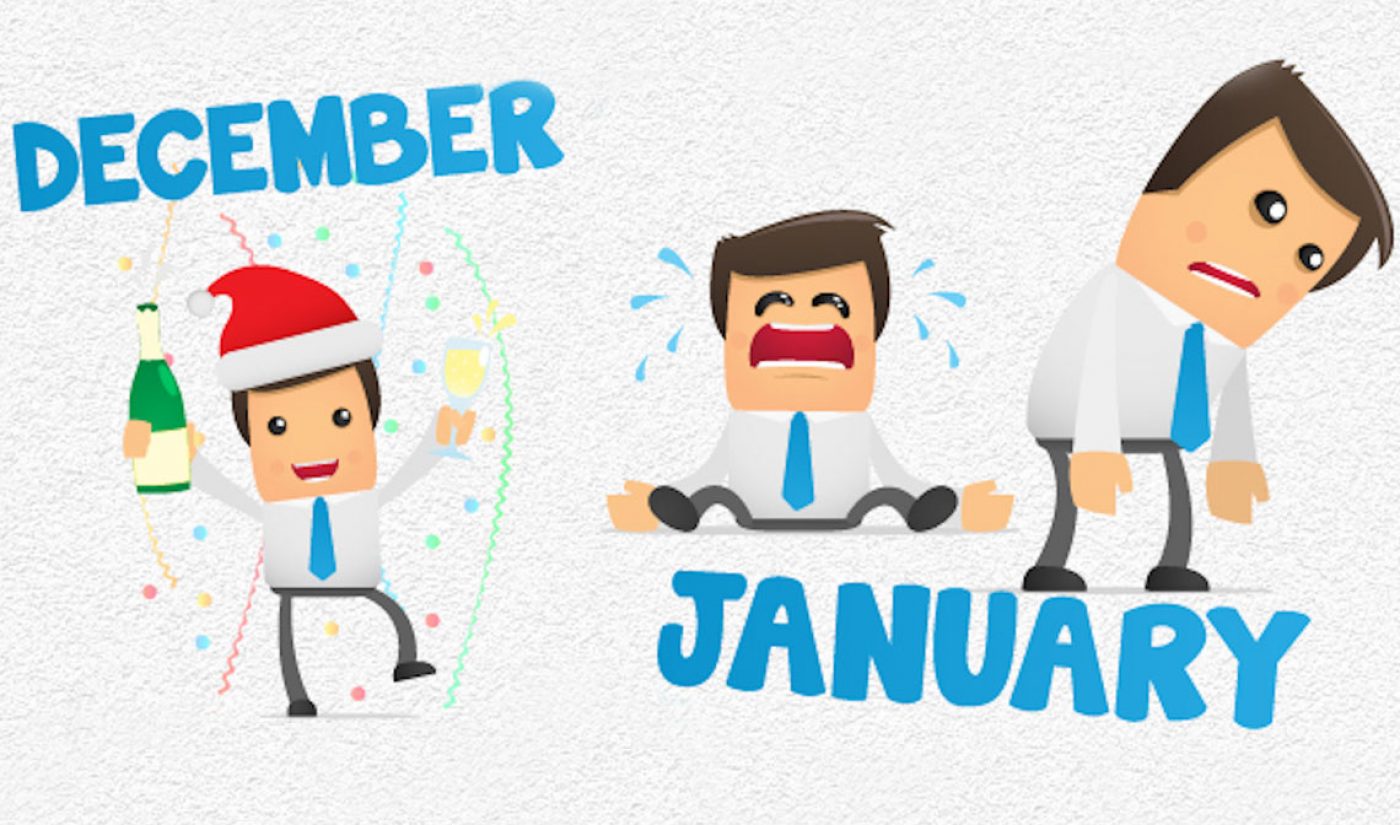 Ever notice that a glut of content seems to flood the YouTube airwaves in December — perhaps the word ‘vlogmas’ rings a bell? — only to be followed in January by a relative sense of calm? That could have a lot to do with mercurial CPM rates over the course of the holiday season, according to industry experts — or the amount that marketers pay in order to have their ads served against 1,000 video views.

As aptly noted in this tweet by Felix ‘PewDiePie’ Kjellberg — the most-subscribed creator on YouTube — ad rates tend to peak in December and then plummet in January, which likely serves as less of an impetus for creators to furnish new content going into the New Year.

when youtubers say they are taking a break in january for random reason. pic.twitter.com/VMawFRWKKB

Over the course of the calendar year, CPM rates tend to rise gradually as a whole from January through December, says Matt Gielen, the founder of Little Monster Media, a startup that helps brands leverage social video. And in addition to this overarching annual trend, Gielen explains, CPMs tend to experience a similar growth cycle within each quarter. So while CPMs drop in January at the beginning of Q1, for instance, they slowly rise again through March, followed by a dip in April at the beginning of Q2, and then they gradually increase again through June — and so on.

Gielen attributes this growth at the end of every quarter to the fact that marketers are finishing up the spend that they’ve allotted for that quarter.

December sees perhaps the largest groundswell in CPMs of the year — especially among consumer packaged goods marketers — as a result of the holiday shopping season. “Advertiser demand for YouTube is especially strong during the November/December holiday season — which results in higher pricing,” says Andrea Ching, CMO of YouTube metrics company OpenSlate. “Marketers have long aligned their drive periods to holidays, both to capitalize upon increased consumer spending and associate their messages with the good will of the season.”

This explosion in December is followed by a huge drop-off in January, which is the lowest CPM month of the year. “Video ad rates suffer at the beginning of the year, and begin to slip immediately after the holidays in December,” notes Anthony Campanella, VP of operations at Beachfront Media, which offers video distribution and monetization options to publishers. “This is attributed to most advertisers hitting the reset button after the holiday push. Even though a publisher’s traffic remains around the same levels in January as they are in December, the advertising dollars become scarce due to demand.”

Gielen echoes this sentiment. “While November and December ad rates can go up anywhere from 5% to 35%, by January those ad rates tend to dip an average about 22% to 35% of what they were at the end of the year. Some YouTube channels may even see a December to January decline as as steep as 50% or 75%.”

To this end, while Gielen doesn’t necessarily believe that creators are abandoning their channels in January — as Kjellberg suggests — he does see it as a strategic moment to perhaps slow down. “It doesn’t make a ton of sense to ramp up output,” he says, “but it’s a time to keep your channel alive and maybe take a little bit of a break if you can afford to do so.”