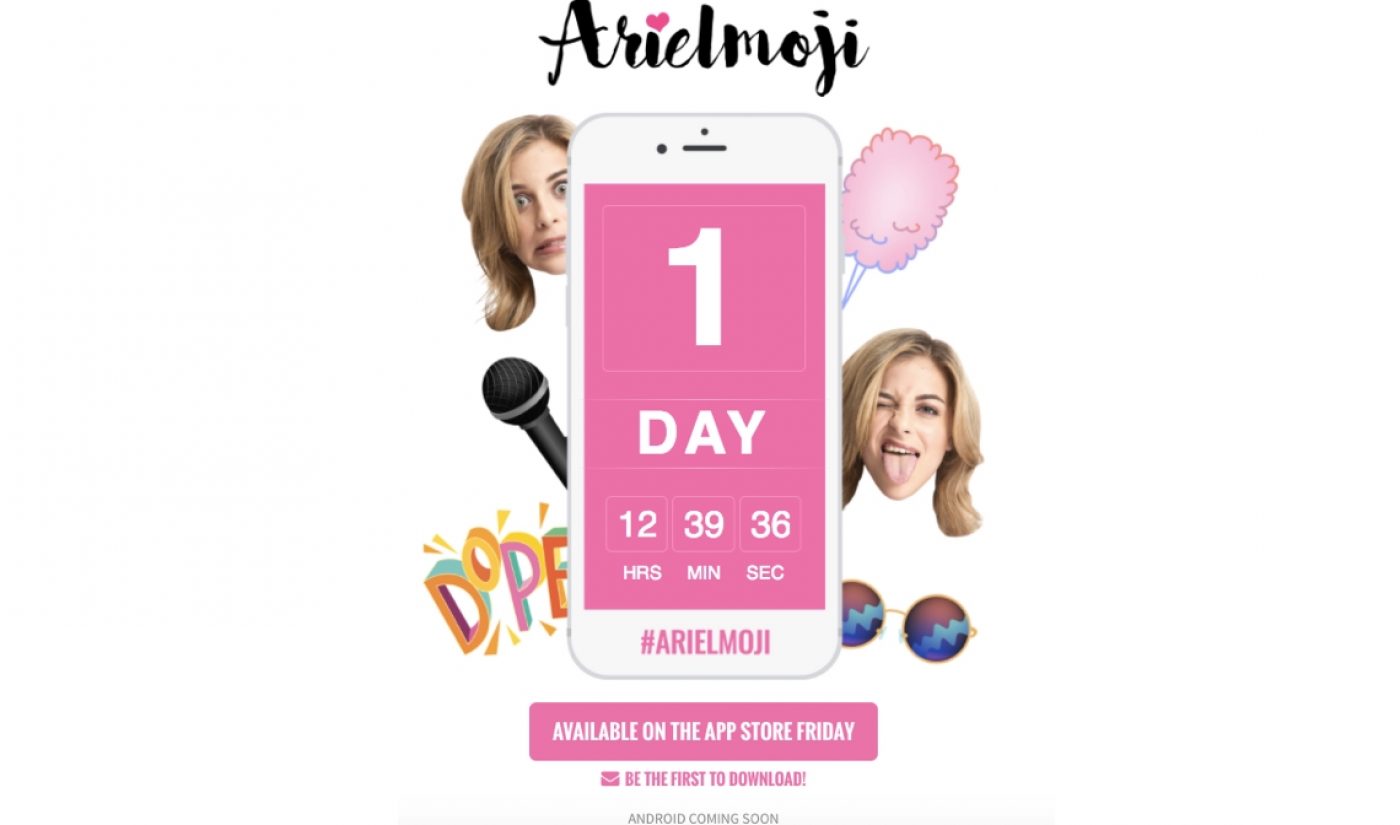 Baby Ariel, the most-followed star on lip-synching app Musical.ly, is following in the footsteps of Kim Kardashian and Justin Bieber by launching her very own emoji range. Ariel, whose last name is Martin, announced that she would be launching an app dubbed Arielmoji on Twitter.

The app debuts today and features images of microphones, cotton candy, sunglasses, and quips like ‘dope’. Arielmoji, which is available right here, was developed by digital content studio Collab, which reps Martin.

“I was inspired to make this app because of my supporters. I want to give them a really fun, positive, and easy way to connect with each other through these really cool emojis,” Martin told Instant of the project. “The phrases in the app are definitely ones I use in real life. I use ‘lit’ all the time, I say ‘dope’ all the time, I say ‘yaaaas’ all the time. ‘Love you’ — as you know I tweet that 24/7.”

In addition to her Arielmoji venture, Martin signed with CAA in September and also headlined the DigiTour Winter alongside Instagram sensation Blake Gray and YouNow star Weston Khoury, which kicked off in November. Martin, who counts 16.3 million fans on Musical.ly, has parlayed her success onto other platforms, including 2 million YouTube subscribers and 6 million followers on Instagram.