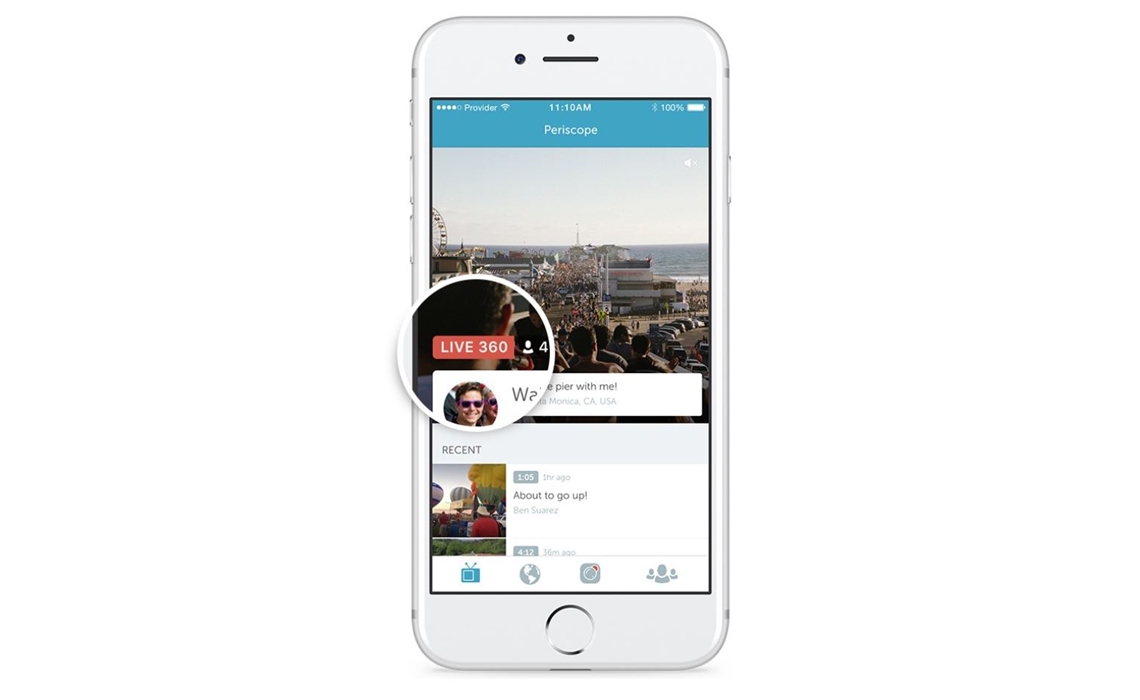 Roughly three weeks after Facebook said it would roll out 360-degree live streams, Twitter-owned competitor Periscope announced it will integrate the immersive tech across its platform, too. YouTube, for its part, launched 360-degree livestreaming back in April.

Periscope wrote in a company blog post that it is piloting live, 360-degree broadcasts among a small group of partners, and will roll the feature out more broadly in coming weeks. The first-ever 360 stream was uploaded by popular Periscope creators Alex Pettitt and Brandee Anthony of a sunset in Florida (below). A waitlist for the feature is available here.

360-degree broadcasts will be designated with a red badge, according to Periscope, and users can watch them via mobile devices or desktops — simply by shifting one’s phone mid-air or by clicking and dragging throughout a stream. “With these videos, the broadcaster anchors the experience so you can be present with them from whatever environment they’re sharing from,” Periscope wrote. “When they smile, you’ll smile, and when they laugh, maybe you’ll laugh too.”

As more and more platforms move to accommodate 360-degree streaming, it should be noted that capturing such content is limited to those with 360-capable cameras. Earlier this month, Periscope parent company Twitter announced that users would be able to live stream from Twitter directly without having to utilize the Periscope app.