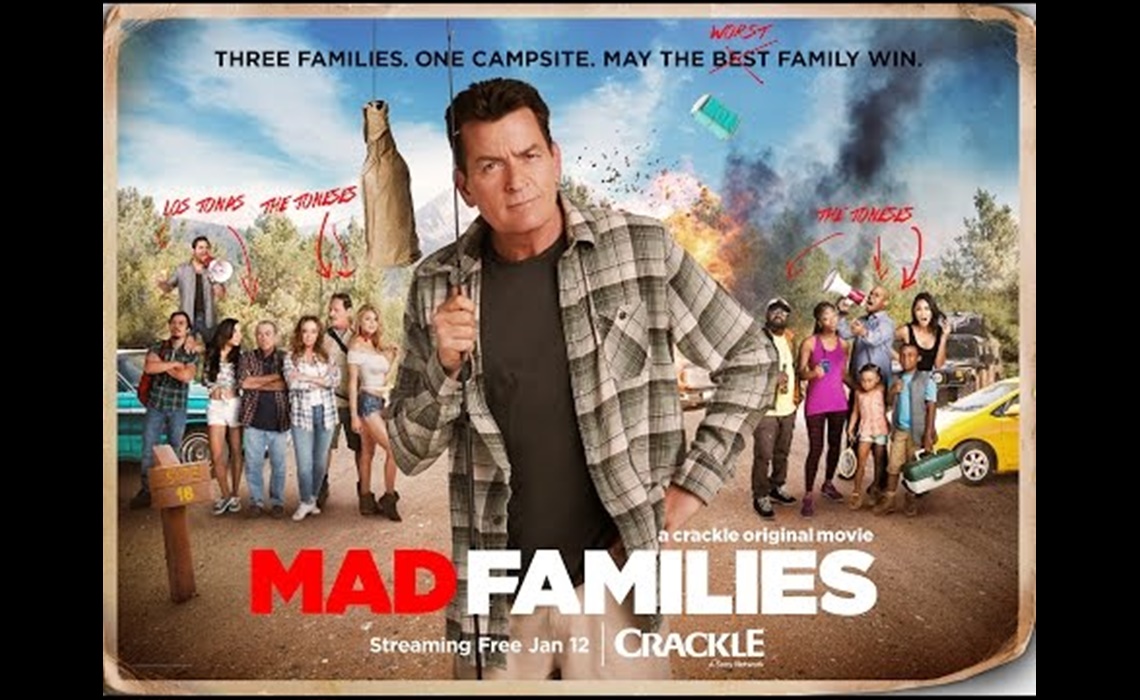 In recent years, Charlie Sheen has become more known for his much-publicized personal life than his acting career, but he is still appearing in films, and his latest role will take him to Crackle. On January 12th, the Sony-owned video platform will premiere Mad Families, a comedy starring Sheen.

In Mad Families, Sheen will play the patriarch of one of three families who all end up booked at the same campsite over Fourth of July weekend. What follows is a competition to determine which family will get to stake the campsite as their own.

Mad Families won’t be the only comedy to exclusively hit Crackle in January. Beginning on January 5th and continuing over the following five Thursdays, the platform will host a ninth season of Jerry Seinfeld’s long-running web series Comedians in Cars Getting Coffee. This season’s planned guests are Bob Einstein, Cedric the Entertainer, Christoph Waltz, Kristen Wiig, Lewis Black, and Norm Macdonald.

All of Crackle’s content is available across its distribution network, which includes the platform’s official website as well as its apps for connected TVs, game consoles, and mobile devices.