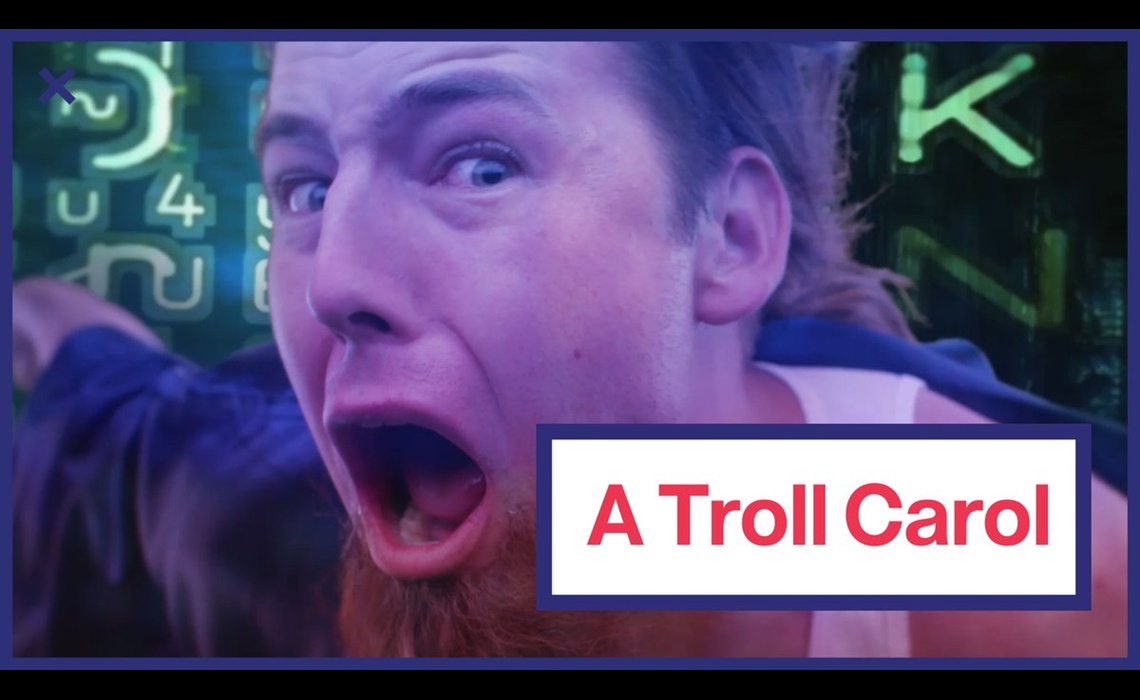 In the original version of Charles Dickens’ A Christmas Carol, Ebenezer Scrooge is a bitter miser who hates Christmas. Let’s be real, though: Cranky old men are sooooo 1843. If one were to remake A Christmas Carol, it would make more sense for the protagonist to be an Internet commenter with a hateful streak. That’s exactly the idea behind “A Troll Carol”, a new holiday special produced by Maker Studios as part of the web series Casual Sketch.

A Troll Carol’s take on Scrooge is a lonely, goateed hater portrayed Mike McNeal. As he settles down for another night of flaming people in comment sections, he is haunted by an infamous troll named Jake Marley (Peter Gilroy). Marley presents Scrooge with the Internet trolls of past, present, and future, inviting him to see the errors of his ways.

Casual Sketch, which consists of several humorous vignettes such as this one, is one of several shows Maker Studios is using to relaunch The Station by Maker, a comedy destination previously known as Nacho Punch. Other new programs distributed on that hub include an animated satire of Donald Trump titled Orange-ish and a parody of Jerry Seinfeld’s web series titled Comedians in Cars Alone Eating Gas Station Food.