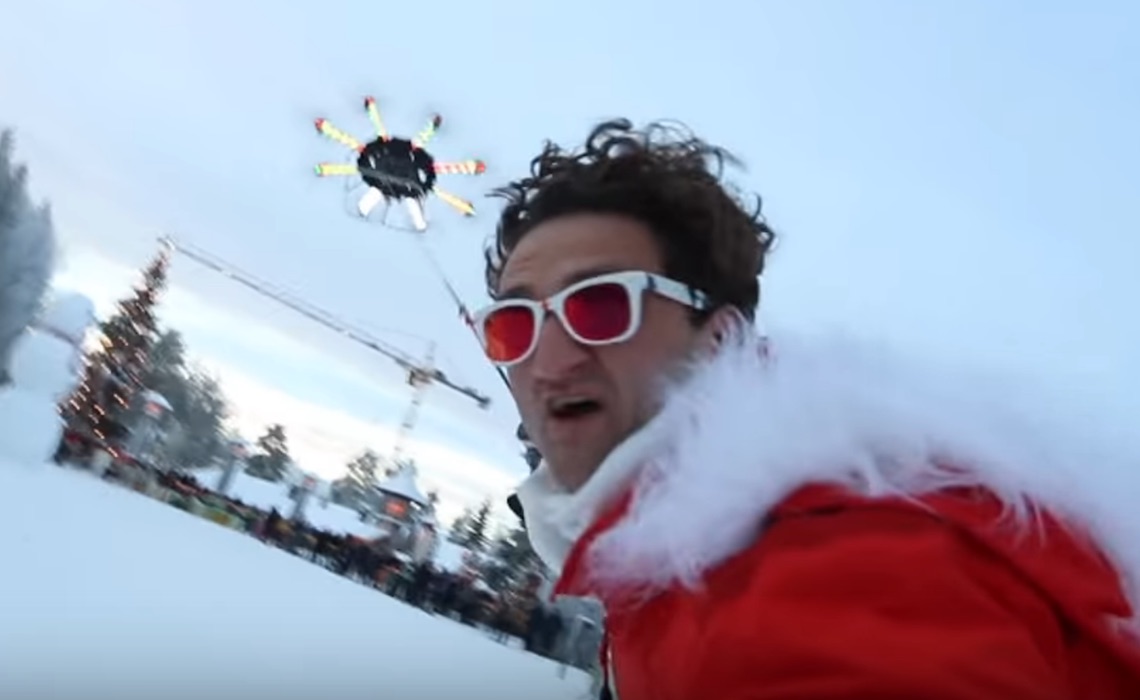 Following the announcement that he would abandon daily vlogging after roughly 600 consecutive days, YouTube veteran Casey Neistat has been pursuing larger-scale projects, including a CNN acquisition and a holiday film that he’s been teasing on his channel for several weeks. Now, the film — which was sponsored by Samsung and co-created by fellow YouTube star Jesse Wellens — is here.

Titled Human Flying Drone, the video is set in the snowy mountains of Finland, where a custom-built ‘copter not only tows Neistat — who’s donning a Santa Claus costume — along the slopes on his snowboard but ultimately lifts him into the air in several awe-inspiring instances. As the video was sponsored by Samsung, a 360-degree version of the clip shot entirely with Samsung cameras will also reportedly be available.

The film, which is already No. 3 on YouTube’s Trending feed and which has garnered roughly 1.7 million views in a matter of hours, is reminiscent of several other stunts in which Neistat has gone massively viral. During last year’s blizzard, for instance, Neistat snowboarded through the streets of New York City while being towed by an SUV in a video that subsequently went on to garner roughly 16 million views.

Wellens, who joined Neistat on location for the shoot, documented the behind-the-scenes process, which you can check out below: