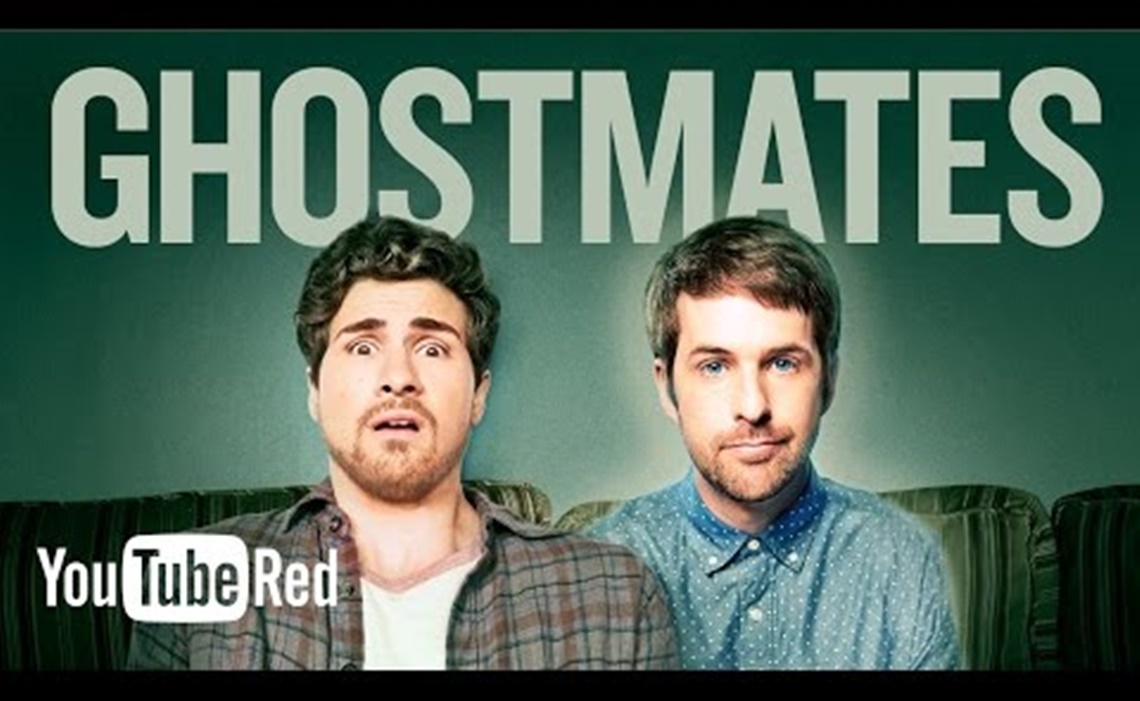 Smosh stars Ian Hecox and Anthony Padilla are long-time collaborators, co-founders of a popular and enduring YouTube channel, and, most of all, friends. Now, they can apply a new label to their partnership: Ghostmates. That’s the title of a new film starring Hecox and Padilla that is now available through the subscription-video on-demand service YouTube Red.

In Ghostmates, Padilla plays a hard-luck loser named Charlie, and Hecox plays a ghost who haunts Charlie’s new apartment. The cast also features T-Pain, who of late seems to be very excited about collaborations with YouTube stars.

Ghostmates is Smosh’s second trip to the film world. Their first, which carried the simple title The Smosh Movie, was born out of a partnership between Defy Media (which runs the Smosh network) and Lionsgate. After a strong performance on digital platforms like iTunes, that movie ended up on Netflix in September 2015.

This time, Smosh is still working with Defy Media, which teamed up with YouTube to bring Ghostmates to the Internet. If you have a subscription to YouTube Red (which costs $9.99), you’ll be able to watch the comedy duo’s new movie; otherwise, for now, you’re going to miss out.