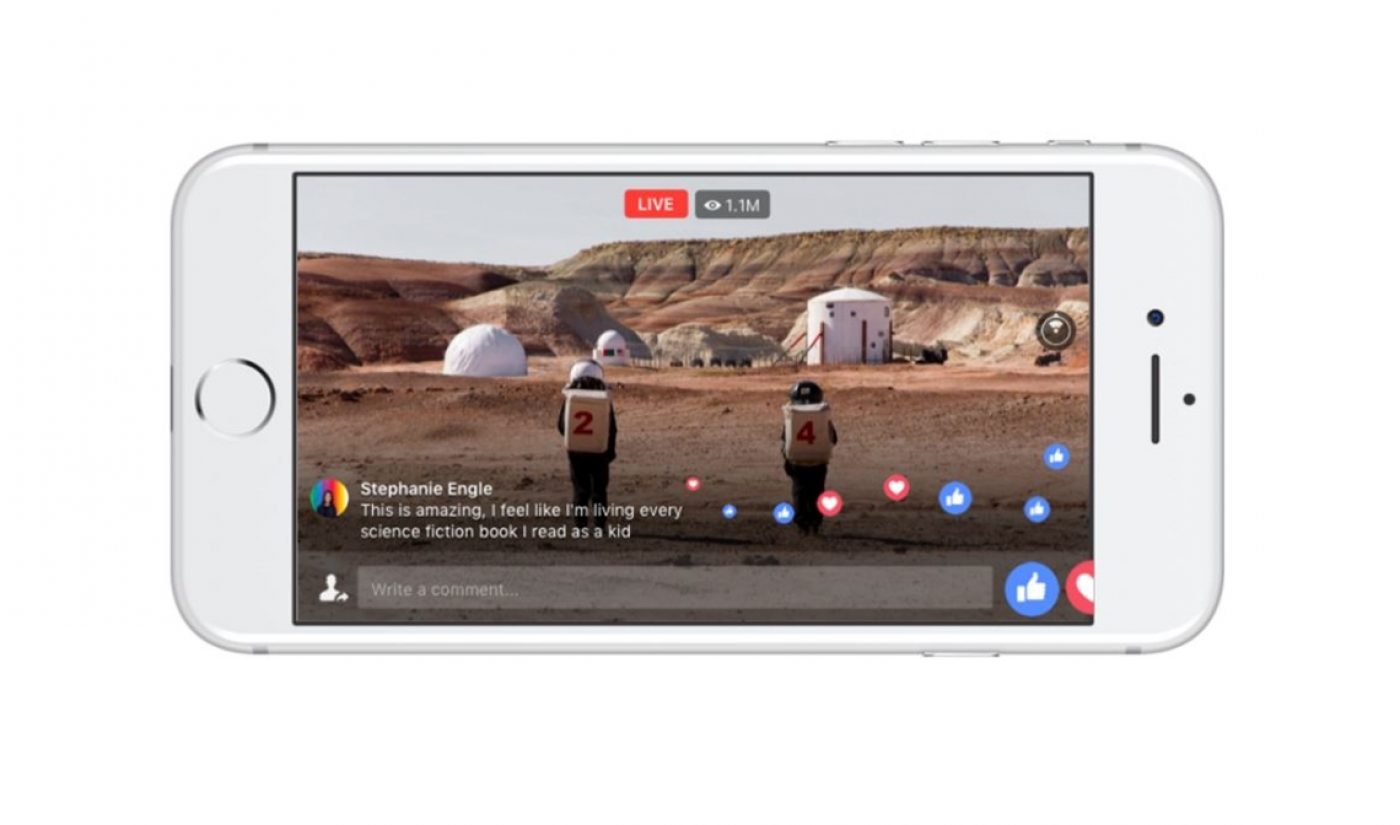 Facebook announced today that it is bringing live, 360-degree video to its platform. The capability was announced by YouTube in April.

Facebook is calling the feature Live 360, and it “transports people into new experiences — right as they happen,” wrote product manager Supratik Lahiri and software engineer Chetan Gupta in a company blog post. Live 360 will become available to additional publisher Pages in coming months, they said, and will arrive on all Pages and Profiles in 2017.

Facebook is unveiling Live 360 today in coordination with National Geographic to broadcast a stream from the Mars Desert Research Station in Utah. Eight space scientists have been living in pods at the facility for the past 80 days to simulate life on Mars, according to Facebook, and National Geographic will capture the moment that they first emerge, as well as provide a behind-the-scenes tour of living quarters. The stream will conclude with an interactive Q&A.

Live video is top of mind for Facebook right now. The company spent a reported $16.4 million to advertise the feature in the past month alone, including on television and on snazzy Times Square billboards. The social network is also reportedly piloting the ability for brands and publishers to purchase real-time ads in order to alert prospective viewers about ongoing streams.