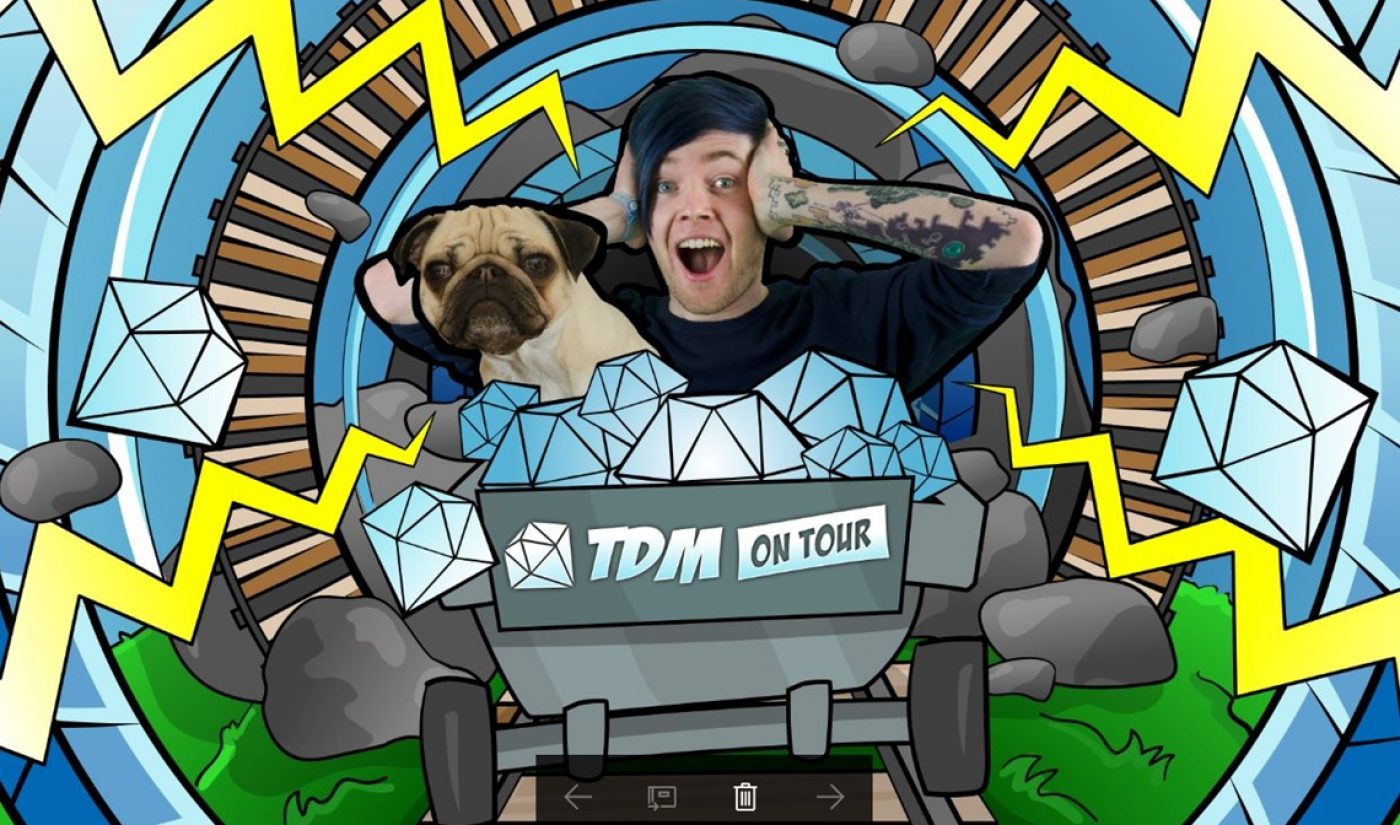 The immensely popular gaming creator Daniel Middleton — better known to his 15.5 million YouTube subscribers as DanTDM — announced a nationwide U.K. tour over the summer that was, by all accounts, a smashing success. The show, which transported audiences into the world of DanTDM with games, puzzles, and appearances from his pet pugs and other characters from his channel, kicked off in July and sold out 60,000 tickets across 32 total shows in the U.K.

Given its unique success, producers Endemol Shine UK and management agency OP Talent have announced that Middleton will be playing four shows over the course of two dates at the storied Sydney Opera House in Sydney, Australia next month. Tickets for the events, dated Jan. 22 and 23, are on sale here, beginning at $39.

And the Opera House dates are just a teaser, as Middleton says he’ll be back in Australia later in the year for a more extensive tour of the country — and, ultimately, the rest of the world. “It means everything to me that I have fans all over the world and to be able to take the show that I’ve been working on all year to the other side of the globe is insane,” he said in a statement. “The fact that it’s the Sydney Opera House too…mind blown!”

Check out the announcement video from Middleton below:

“We look forward to working with Dan and a number of other creators throughout the coming year,” added Laurence Jones, commercial director for Endemol Shine UK, “exploring opportunities to engage with their audiences in the live environment.” The production company has also dabbled in other live events programming with Legends Of Gaming Live, a London gaming tournament and exhibition, and the first-ever British Online Creator Awards (BONCAs), which celebrated the best UK creators last month.