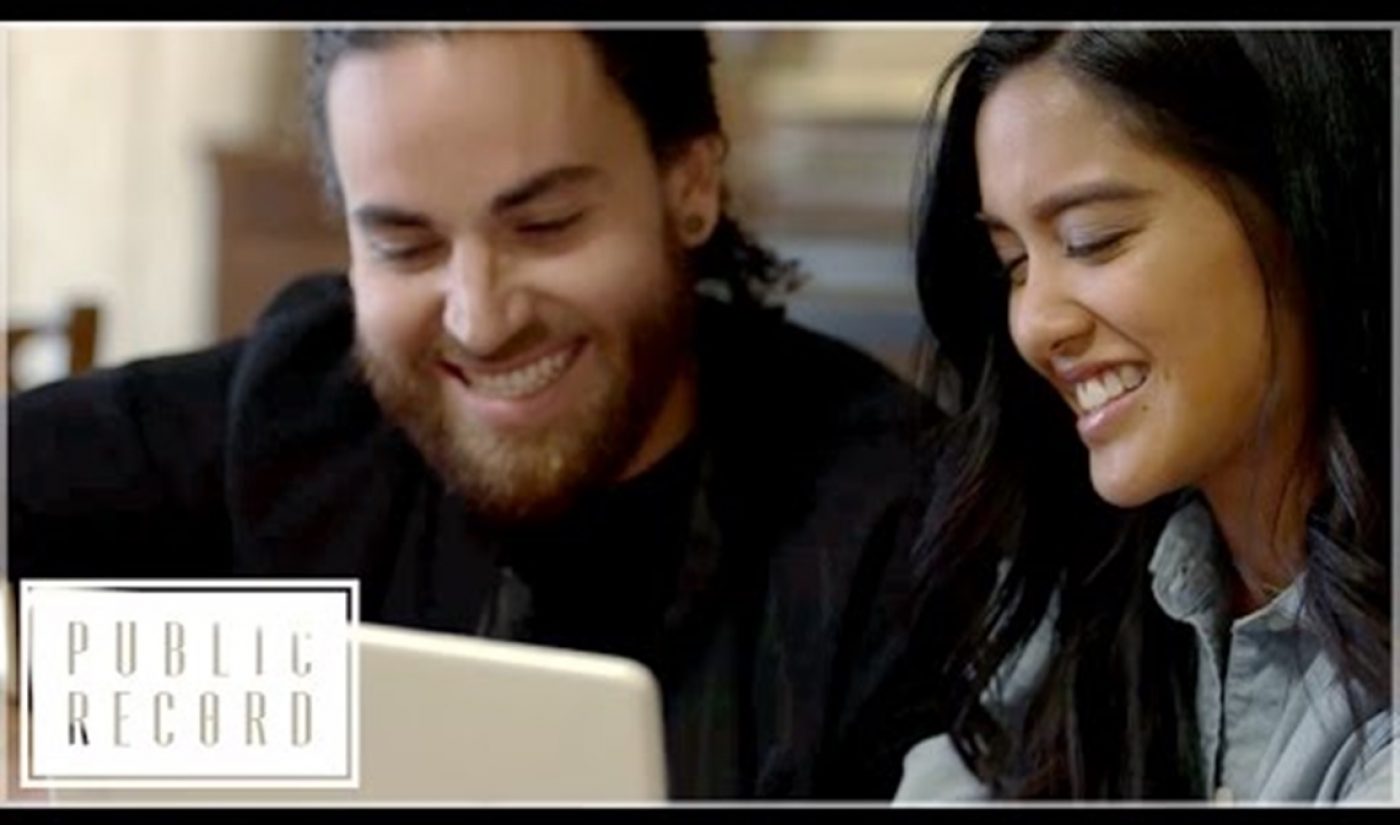 Us The Duo has gained notability thanks in large part to the 1.5 million fans it has accumulated on its YouTube channel, and with its latest project, the band is giving back. It has launched Public Record, a five-song EP accompanied by a ten-episode web series that turns the stories of Us The Duo fans into music.

For Public Record, Us The Duo — which consists of husband-and-wife team Michael and Carissa Alvarado — asked its fans to submit their personal stories. From hundreds of submissions, the Alvarados selected five and used them as the bases for the five songs on the new album. On Public Record, listeners will learn about a gay Marine, a persevering stutterer, a woman who grew up with an abusive father, and all of the other individual who inspired Michael and Carissa to create their new EP.

Additional details about the five songs on Public Record (and the people behind those tracks) are available in Us The Duo’s new ten-episode web series, which was launched with the help of music video director Ellis Bahl. The show is divided into five two-part units, with each unit featuring a music video, a story about the person who inspired that video, and a link to a relevant charity. The show serves as Us The Duo’s contribution to AT&T Hello Lab, a partnership between AT&T and Fullscreen that will result in ten new web series over the course of a year.

Public Record is available through several digital platforms, including iTunes, where it costs $4.99.