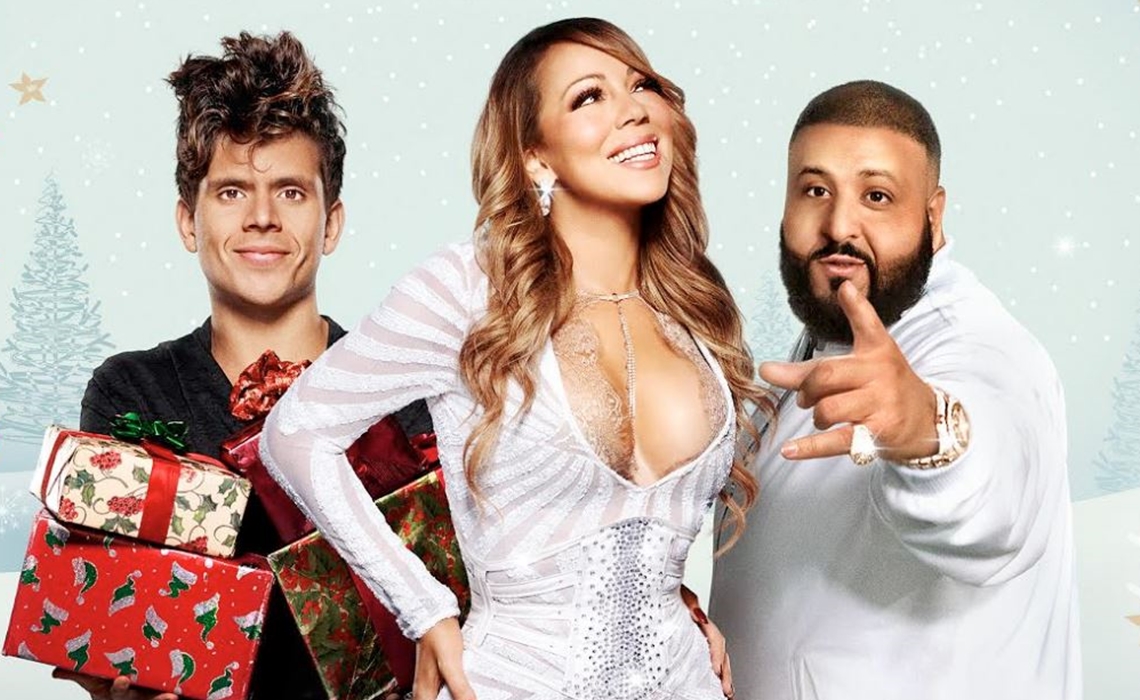 YouTube is feeling festive. Following Jingle Ballin’, a Christmas feature starring emerging creator Liza Koshy, the platform announced today that it is set to premiere yet another holiday special on December 19 titled The Keys Of Christmas, which will feature performances by Mariah Carey, Ciara, DJ Khaled, and Fifth Harmony.

And some of the biggest names in today’s music industry will be joined by social media comedy star Rudy Mancuso and a handful of the most beloved digital musicians, including Alex Aiono, Boyce Avenue, and The Gregory Brothers. Boxing legend Mike Tyson will make an appearance, as will singers Nicky Jam and Bebe Rexha. The special will be directed by Dave Meyers, a Grammy-winning veteran music video director who has helmed clips for Katy Perry, Pink, and Rihanna. In addition to starring, Carey will also serve as an executive producer.

In The Keys Of Christmas, Mancuso will embark on a magical adventure on Christmas, going off the grid without his phone, whereupon the star-studded cast will aim to show him the true meaning of the holiday. For those unfamiliar with Mancuso’s work, he gained a massive following on Vine (in the 10+ million follower range, making him the fourth-most subscribed individual on the soon-to-be shuttered platform) for his often times Latino-inclined comedy before branching out into YouTube (where he has over a million subscribers), Instagram (where he has over 3.6 million followers), and more.

Here’s Mancuso’s most popular YouTube upload so far. It’s a good representation of his very palatable flavor of comedy.

The Keys Of Christmas was produced by Endemol’s digital division, Endemol Shine Beyond USA, alongside the multi-platform content company Just Entertainment Studios.

“Music is wildly popular on YouTube and we’re excited to bring together some of the biggest names in music alongside some of the biggest stars on YouTube,” Ben Relles, Head of Unscripted for YouTube Originals, said in a statement. “We are also thrilled to have YouTube comedy star Rudy Mancuso in his first leading role in a music special.”

Added Endemol Shine Beyond USA president Bonnie Pan: “Dave Meyers, who has an amazing track record working with the top musical acts of our time, had a vision and was able to weave that into a fresh new format with…many other incredible performers just in time for Christmas.”