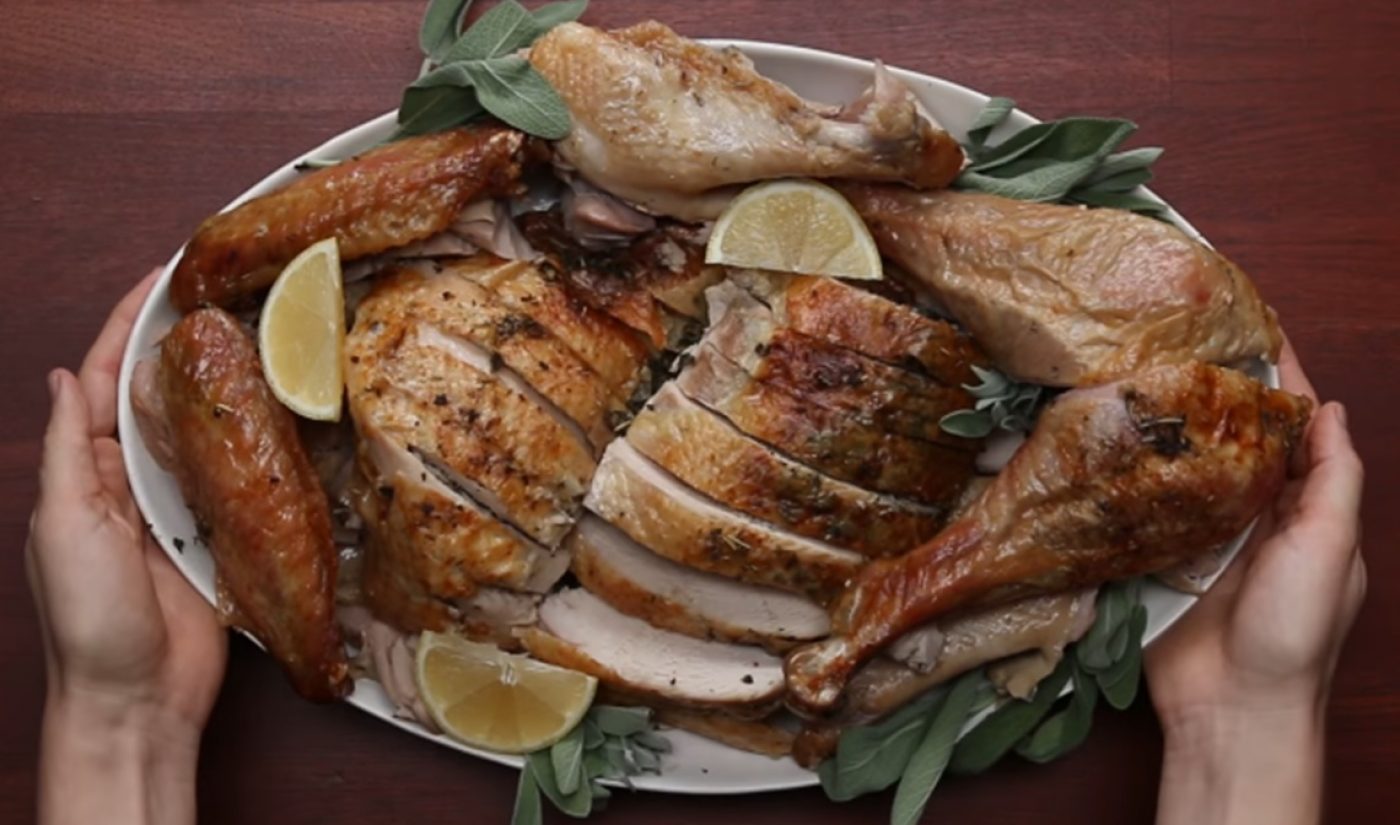 Every November, YouTube content creators mark their calendars and get cracking on their Thanksgiving-themed videos. The result is a yearly slew of holiday videos, which discuss heaping portions of food, awkward conversations with your family, and the plight of American turkeys. Here are some of the offerings that caught our eye in 2016.

7. “The Surprising Origin Of Thanksgiving Foods” by It’s Okay To Be Smart

Joe Hanson’s It’s Okay To Be Smart has been dishing out scientifically-accurate knowledge for years, and in a recent video, he explained how Native Americans sculpted the Thanksgiving foods we eat today — No GMOs necessary.

6. “8 How To EASY Thanksgiving Dinner Magic Tricks!!” by Magic of Rahat

Instead of talking about politics with your relatives, Magic of Rahat wants you to fool them with some simple magic tricks. The prank master’s how-to holiday guide is nearly 30 minutes long, so you can look forward to a long evening of bamboozling your uncle.

5. “”U Name It” Challenge for a Stressful Thanksgiving” by The Daily Show with Trevor Noah

The “U Name It” challenge, which is based off a remix of an old gospel song, has been the breakout meme of this year’s Thanksgiving season. On a recent episode of The Daily Show, Trevor Noah and Roy Wood Jr. offered their version of “U Name It,” which carries an added political message.

On their Good Mythical Morning show, Rhett & Link often concoct bizarre smoothies, much to their audience’s delight. Their latest creation combines multiple Thanksgiving foods into one glass. It’s certainly the most efficient way to consume your holiday meal.

If you prefer to eat your Thanksgiving foods in a more traditional manner, this video is going to be up your alley. The goal of Bon Appetit‘s temporal taste test is to draw disgusted reactions from kids, but as an adult, I’m happy I don’t have to eat the odd-looking dishes of the 50s and 60s.

Who needs Gordon Ramsay when you have Jason Bourne? The special effects wizards of Corridor Digital have applied the Bourne film franchise’s shaky cameras, improvised weapons, and frenetic fight scenes to a kitchen setting, where Jason Bourne quite literally pounds a turkey into submission.

BuzzFeed’s Tasty has been killing it over the past year, and while the lifeblood of that channel is its short, gif-able videos, it has recently expanded into long-form content. Tasty’s Thanksgiving turkey guide shows that the channel isn’t just a gimmick – it’s one of the Internet’s best cooking hubs. You’ll be hard-pressed to find a recipe that produces a better-looking bird than this.

Do you have a favorite Thanksgiving video we didn’t include? Let us know in the comments and check out previous Countdowns here.