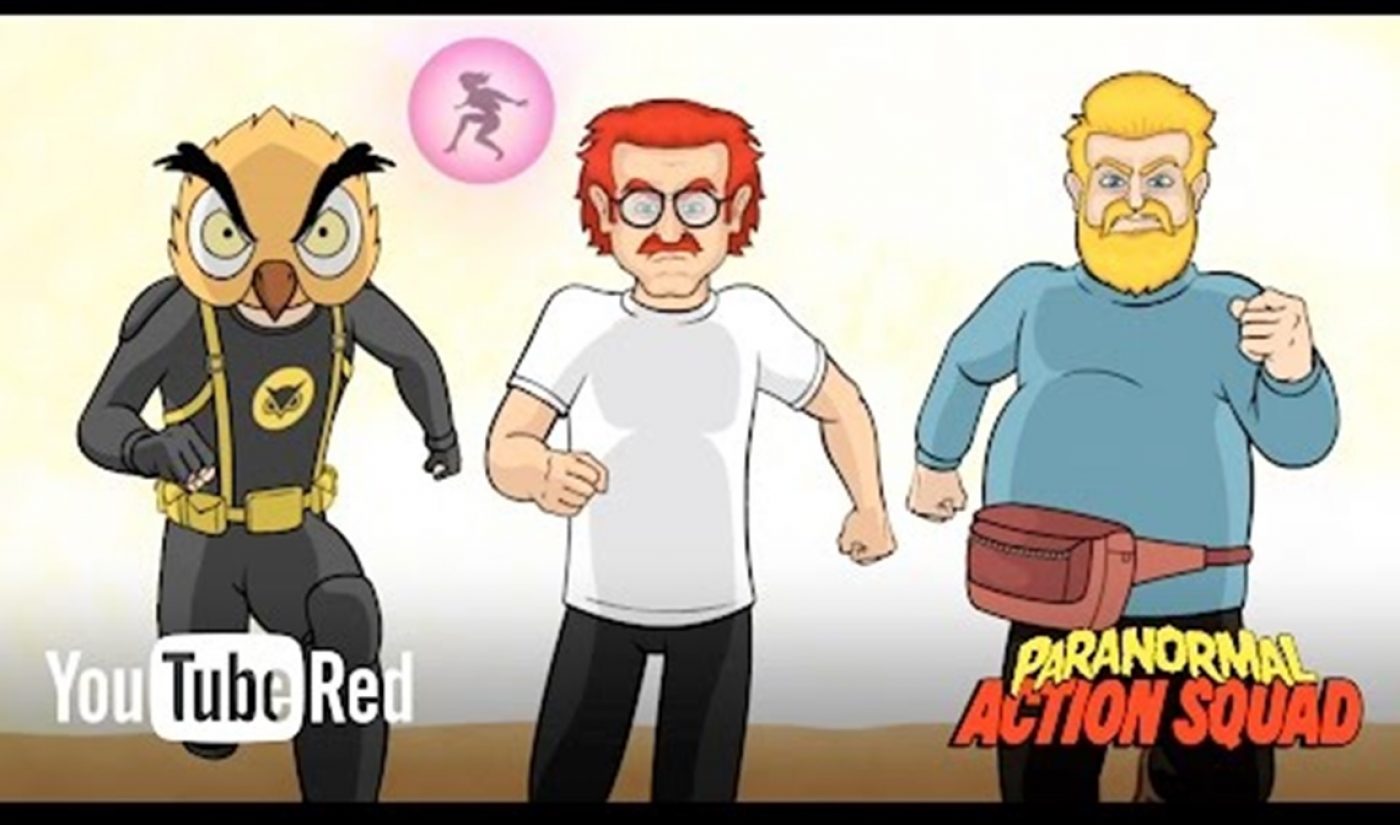 The latest entry to the YouTube Red catalog is a series that is colorful in terms of both its visuals and its script. Paranormal Action Squad, an animated program produced by 3BlackDot and Pick Axe that features the voices of YouTube stars SeaNanners, Mr_Sark, and Vanoss, is now available through YouTube’s $9.99-per-month subscription service.

Paranormal Action Squad follows its three protagonists as they do battle with creatures of the night, hellish beasts, and other supernatural entities. When the show was first announced, Mr_Sark warned potential viewers that those fantastic adventures would be punctuated with “off-color humor,” and in a new trailer, we can see exactly what he means. With its comic violence, body gags, and interspecies relations, Paranormal Action Squad takes its cues from other adult animation series like Venture Bros., Archer, and Rick and Morty. The influence of Futurama, which is the most significant past credit of Paranormal Action Squad showrunner Michael Rowe, can also be seen.

As with many of the other shows distributed by YouTube Red, Paranormal Action Squad appeals to the fans of the stars it features. SeaNanners, Mr_Sark, and Vanoss, who often collaborate with one another, have each gathered millions of subscribers for their gaming videos. Now, those followers are being asked to pony up $9.99 to see their favorite creators in one of their biggest projects yet. Anyone who pays that price will also gain access to YouTube Red’s ever-growing library of original programs.