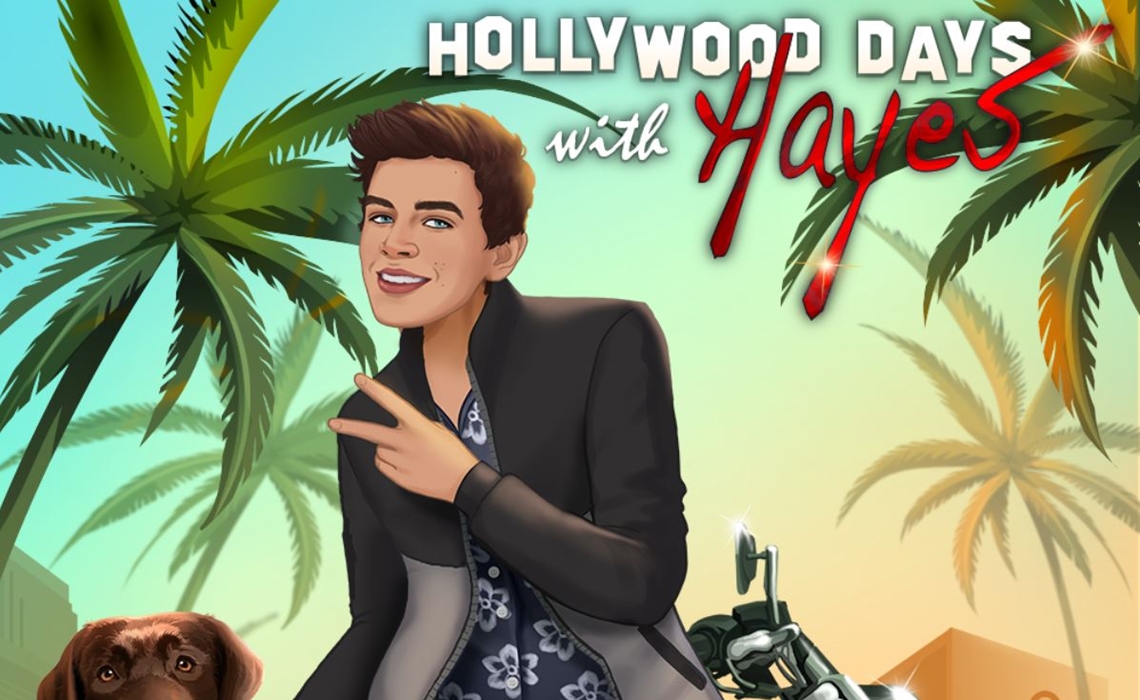 The game is available on Episode — a choose-your-own adventure app that is a creation of mobile gamemaker Pocket Gems and which has also released interactive mobile stories from the likes of the Mean Girls feature film and pop star Demi Lovato. Launched in 2014 and available on both iOS and Android devices, Episode says that 2 billion of its interactive games have been viewed thus far.

In Hollywood Days With Hayes, players join 16-year-old Grier on the set of his first movie, The Nighthawk, where they are suddenly thrust into the role of personal assistant after initially earning a summer internship with the film’s director. Players will have to juggle writing assignments and running errands for Grier in a bid to earn a glowing college recommendation letter. And as their relationships with Grier grows over time, players will also have to determine whether to keep things professional or pursue a romance with the star.

“I hope my fans dig it as much as I do and I’m really eager to share the story with them,” Grier said in a statement. “The game, the clothes, all of it — I designed with a team so it’s authentic to me.” While Hollywood Days With Hayes is free to play, the game does offer in-app purchases.

At the same time, Grier will launch a novel today touting the same name and premise in a deal with Macmillan imprint Feiwel And Friends, which publishes children’s fiction and nonfiction literature.