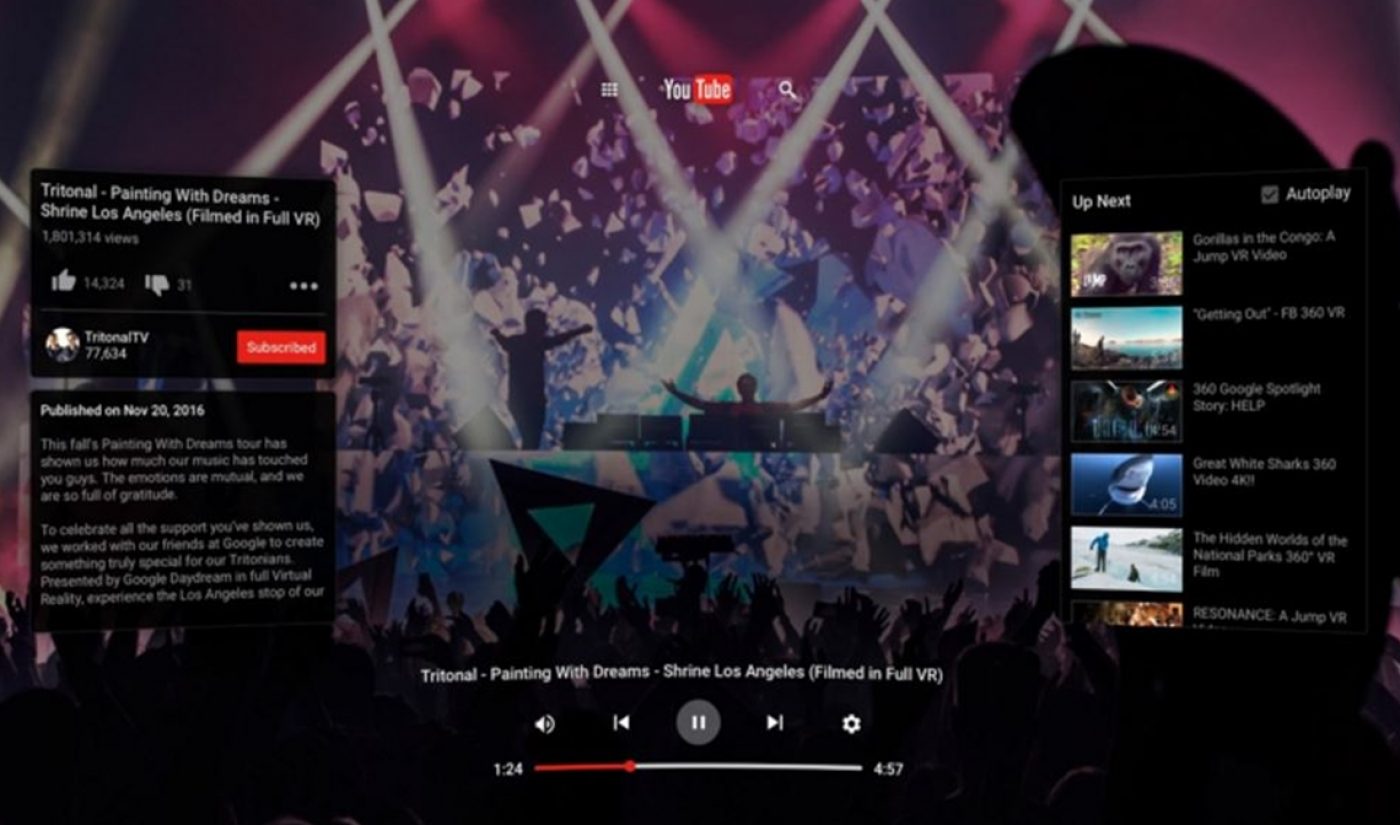 YouTube has officially launched today a standalone virtual reality app, which will turn every video on the platform into an immersive one. While 360-degree videos will yield a VR viewing experience, Google announced, traditional videos will be shown on a virtual movie screen in a kind of theater mode.

The YouTube VR app will be available on Daydream, Google’s new virtual reality platform that’s cooked into the latest version of Android. And VR videos can be viewed using Daydream-compatible smartphones — including Google’s newly-launched Pixel — which slot into the Daydream View headset. The Daydream View, priced at $79, is a follow-up to Google’s first-ever VR headset, Cardboard.

The YouTube VR app “includes some familiar features like voice search and a signed in experience,” explain product manager Erin Teague and director of creators Jamie Byrne, “so you can follow the channels you subscribe to, check out your playlists, and more.”

In order to help generate content for the new app, YouTube says it has been working with an array of creators, recording artists, and other partners to produce VR videos across a wide variety of genres. In addition to previously announced partnerships with NBA, BuzzFeed, and Tastemade, YouTube notes that it has worked with beauty vlogger Meredith Foster to produce an apartment tour (below), with Rooster Teeth to reimagine their gaming comedy Red Vs. Blue, and with The Huffington Post to break news in VR. Other launch partners include Curiscope, the Natural History Museum in London, StyleHaul, Fitness Blender, and Tritonal.

Other reports note that YouTube is working with iJustine and The Dolan Twins on 360-degree content for the VR app, and Google is rumored to be partnering with other online media players like Hulu and HBO Now — as well as sports content companies including the NBA and MLB — to develop their own apps for the Daydream platform.