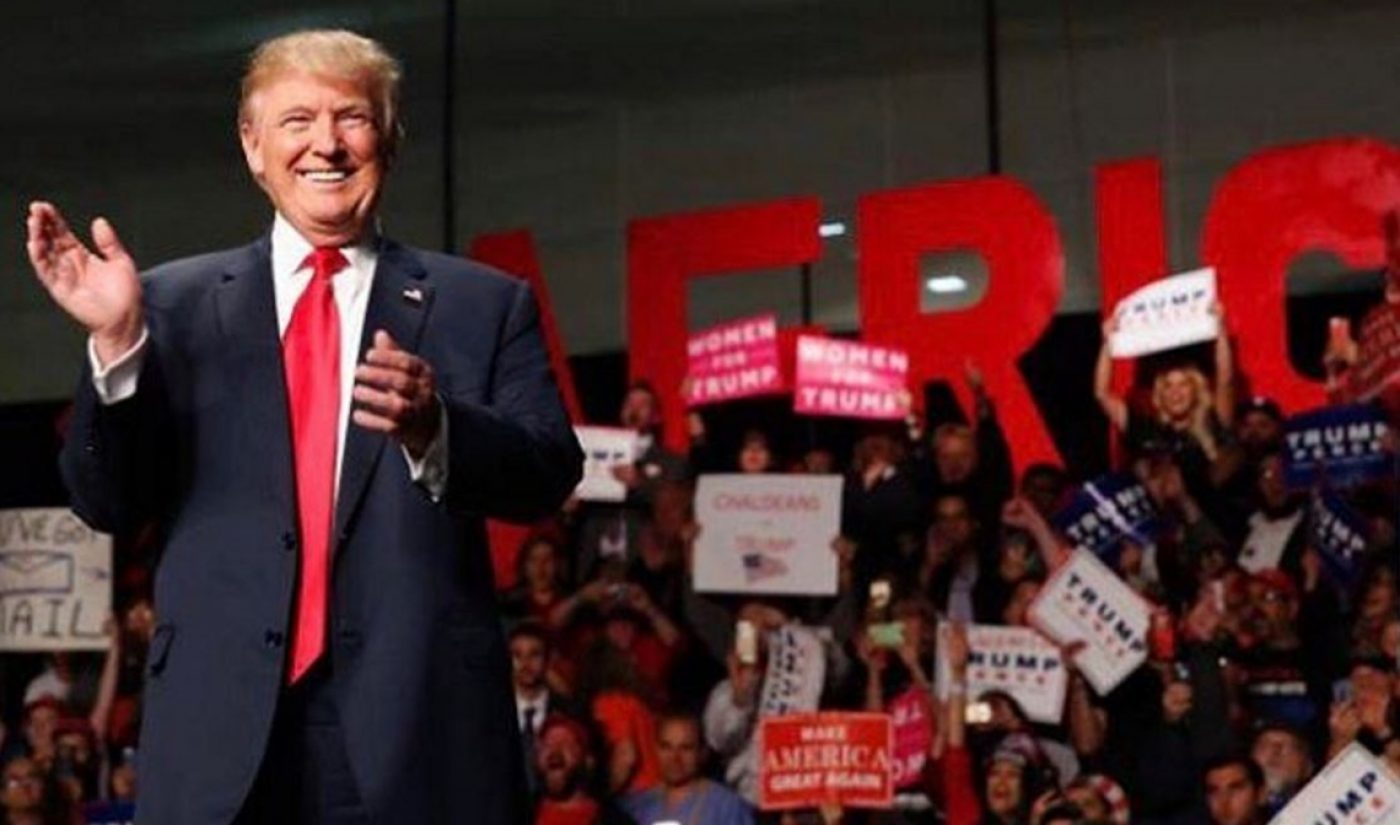 The YouTube community reacted with shock and horror to the news today that Republican candidate Donald Trump has been elected the 45th president of the United States. Nevertheless, a relatively young and diverse set of creators used humor to cope with the devastating loss, and urged their supporters to remain hopeful in the face of a leader whose values seem an egregious affront on their own.

Tyler Oakley, who posted a video with Hillary Clinton on Monday, and who has been a vocal supporter of the Democratic nominee, tweeted last night as the results were coming in: “Hey just FYI regardless of what happens tonight…you and your sexuality/race/religion/gender are valid and worthy of respect.” Oakley added that despite his disappointment, he was heartened to see young people engaged in the political process. “If you wish you had done more to stop Trump, remember how tonight feels,” he wrote. “Brand it into your memory, and during the next election, GET TO WORK.”

if you wish you had done more to stop trump, remember how tonight feels. brand it into your memory, & during the next election, GET TO WORK.

Some turned to humor to express their pain. “Dear @SortedFood,” comedian Grace Helbig tweeted to the London-based cooking channel, “Can I crash on an air mattress in your offices for a few years?” Others, however, were more solemn in their despair. “I live in a much different world than I thought,” wrote Anthony Padilla of Smosh. Added VidCon founder Hank Green: “I know many, many wonderful people who are dedicated to making the world a better place, and that’s a thing that will not change tonight.”

I know many many wonderful people who are dedicated to making the world a better place and that’s a thing that will not change tonight.

Even creators from across the pond, or who weren’t ardent supporters of Clinton, expressed their disbelief. “Oh dear god,” wrote UK beauty vlogger Zoella. “I’m not sure what’s more terrifying: Trump as president or the amount of people who voted for him.”

Oh dear god… I'm not sure what's more terrifying. Trump as president or the amount of people who voted for him. pic.twitter.com/CCgI0mQmLS

And in a personal message to Clinton on The Young Turks’ Facebook page, noted Bernie Sanders supporter (and eventual Clinton voter) Cenk Uygur offered a video note of sympathy “from one human being to another.”

Check out some other reactions from the web’s top creators — including YouTube’s most subscribed star, PewDiePie, and the activist vlogger Raymond Braun — below:

i’m surprised everyone is so surprised

Today, I woke up more determined than ever to fight for equality and justice for all. — Raymond Braun (@raymondbraun) November 9, 2016